A Visit to the Sheikh Zayed Grand Mosque in Abu Dhabi 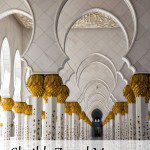 The Sheikh Zayed Grand Mosque in Abu Dhabi…most beautiful building in the world? 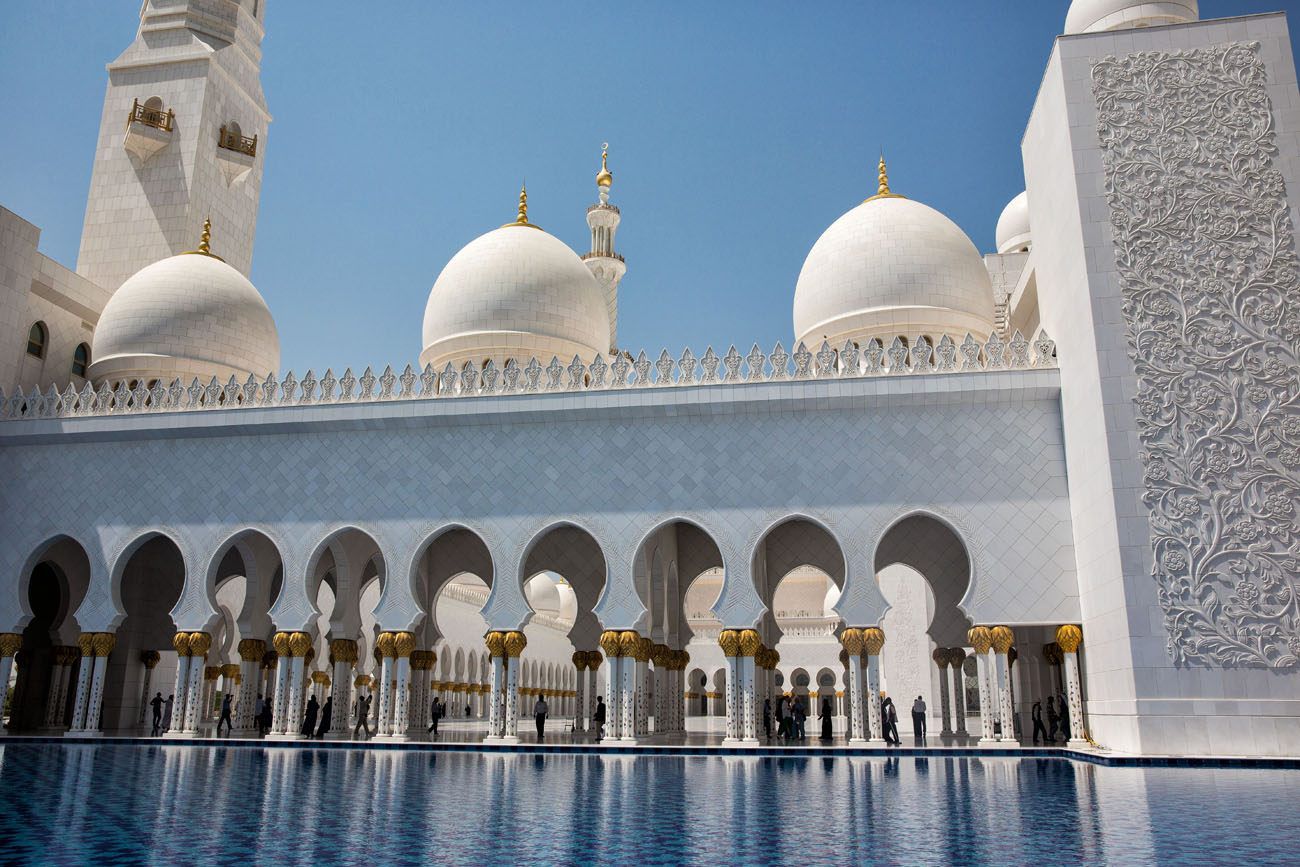 The Sheikh Zayed Grand Mosque is literally blindingly, brilliantly beautiful. We know from experience!! Both Tim and I had lost our sunglasses just two weeks before our visit to the UAE and never had time to replace them. Tip #1! Bring your sunglasses on your visit to the mosque. The walls and the ground are so white and reflective that on a sunny day it is almost impossible to keep your eyes open.

The mosque was completed in 2007 and is the largest mosque in the United Arab Emirates.

There are 96 columns in the main prayer hall, inlaid with mother of pearl and marble.

Rihanna was asked to leave in 2013 after being disrespectful while in the mosque. 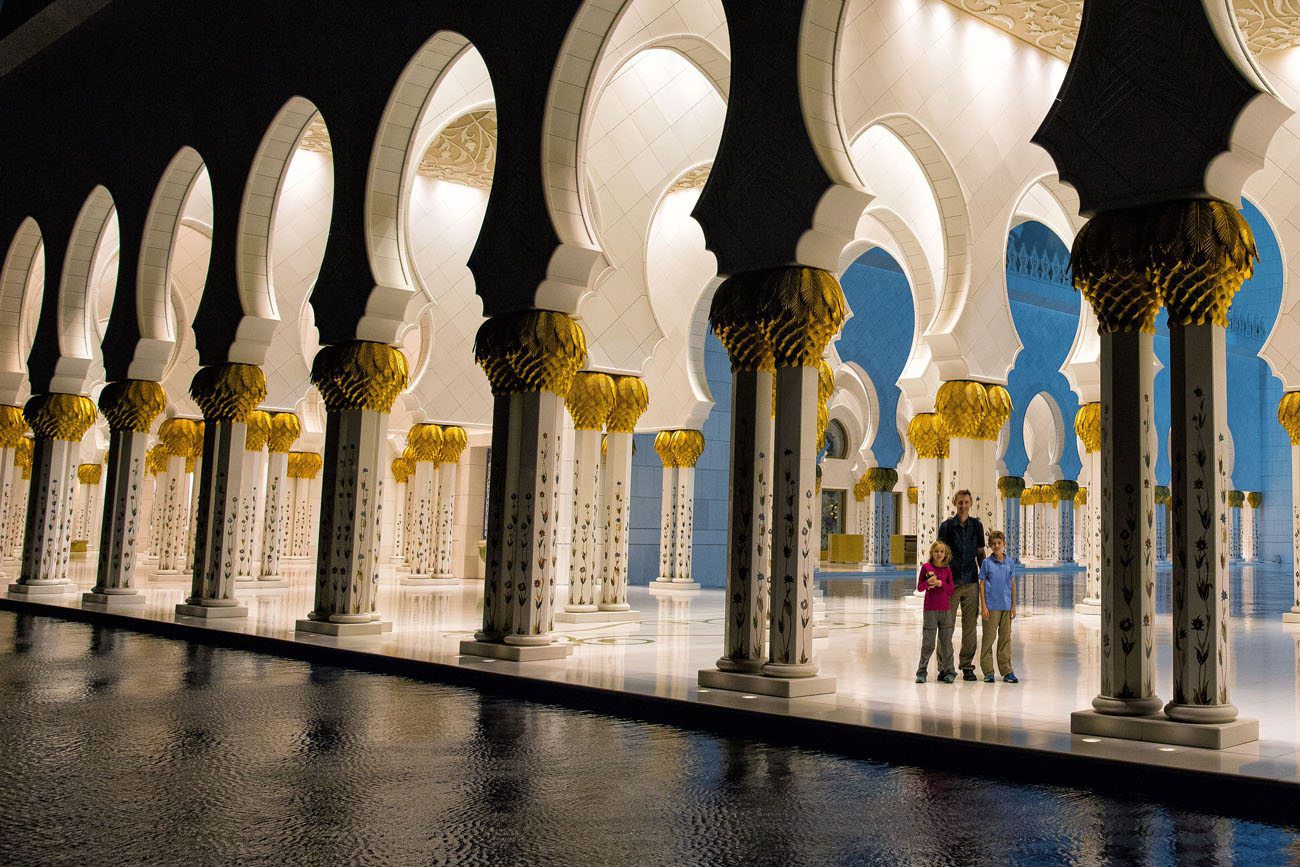 How to Dress Appropriately

Shoes will be removed before entering the mosque.

Women will be asked to wear a traditional robe (abaya) and a headscarf (shayla) before entering the mosque. If you do not bring your own, these are provided for you. 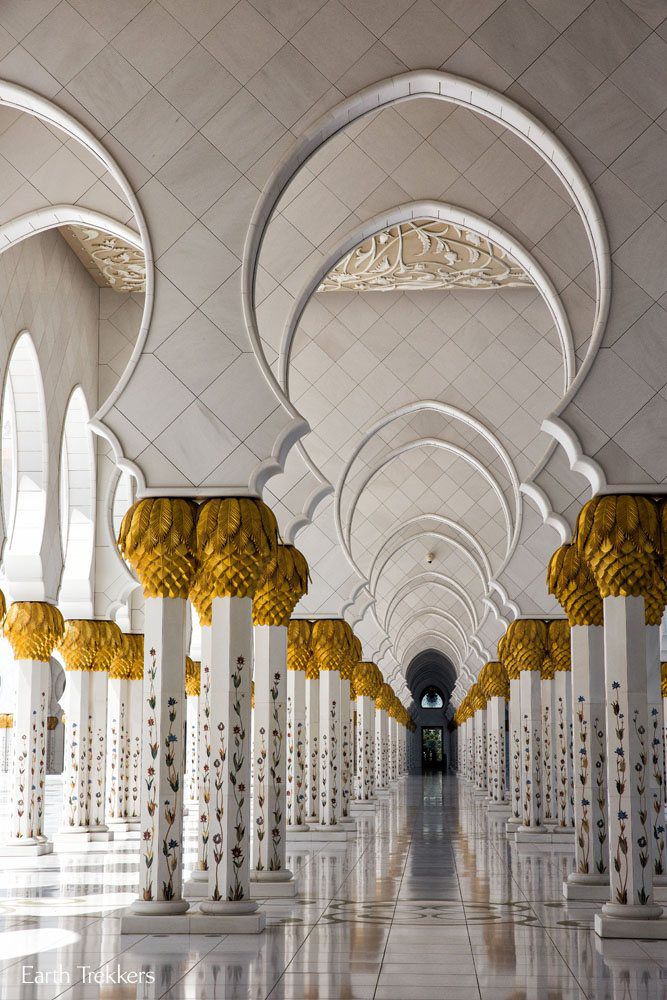 Other Things to Know

Holding hands and kissing is disrespectful and not allowed inside of the mosque. Also, men and women are not permitted to take a photo together.

There is no entry fee to visit the mosque.

The Sheikh Zayed Grand Mosque is open to tourists everyday from 9 am to 10 pm except for Friday mornings. On Fridays, the Grand Mosque opens at 4:30 pm and closes at 10 pm.

There are several free tours offered everyday. If you want to learn more about the mosque and Emirati culture, this tour is worth the time. 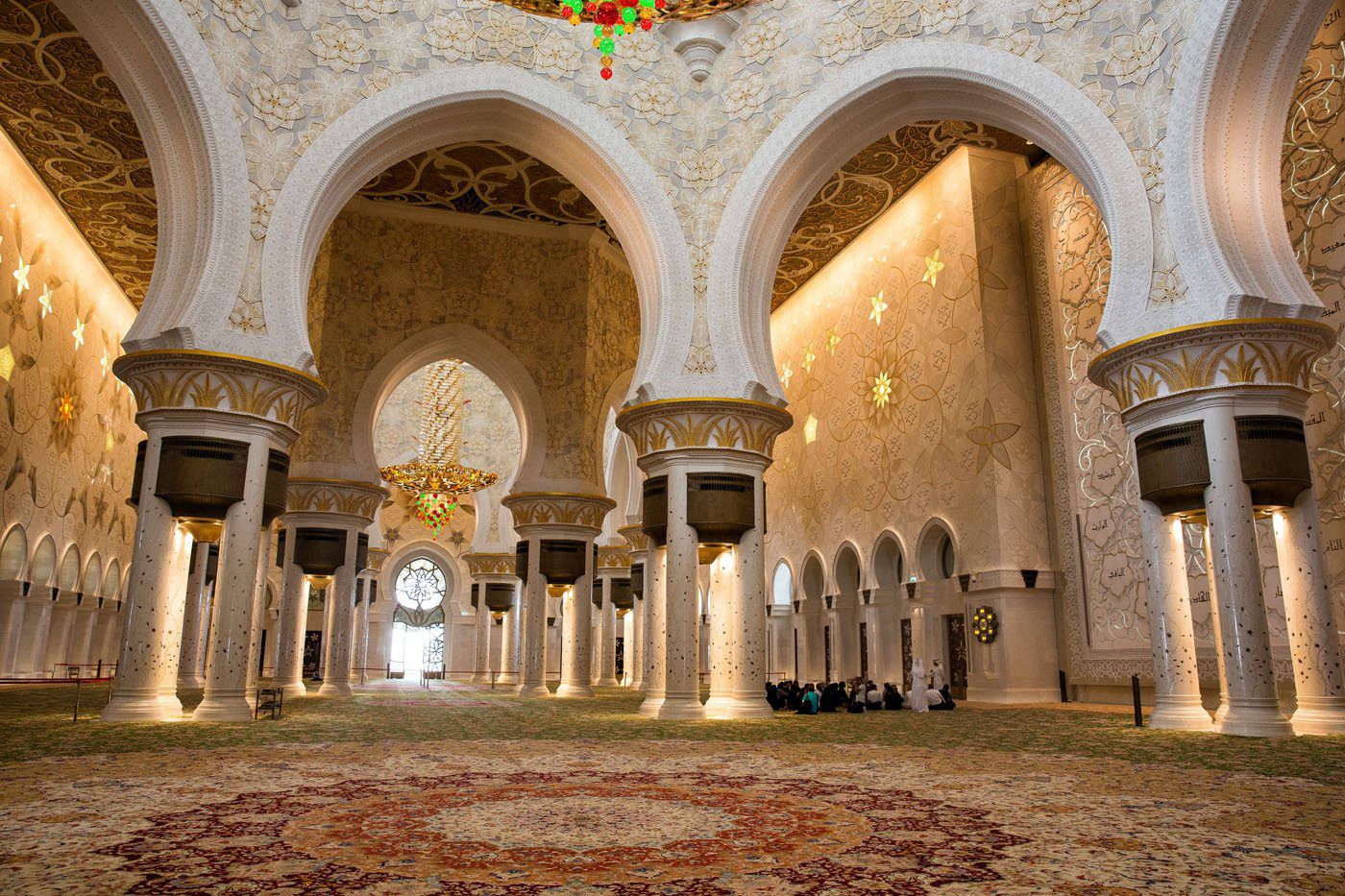 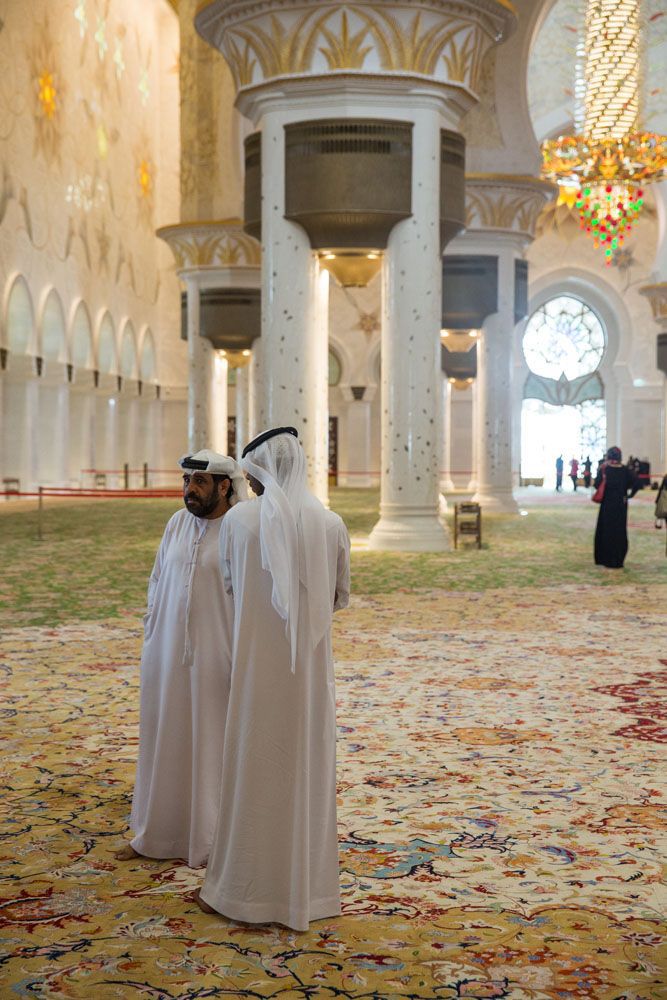 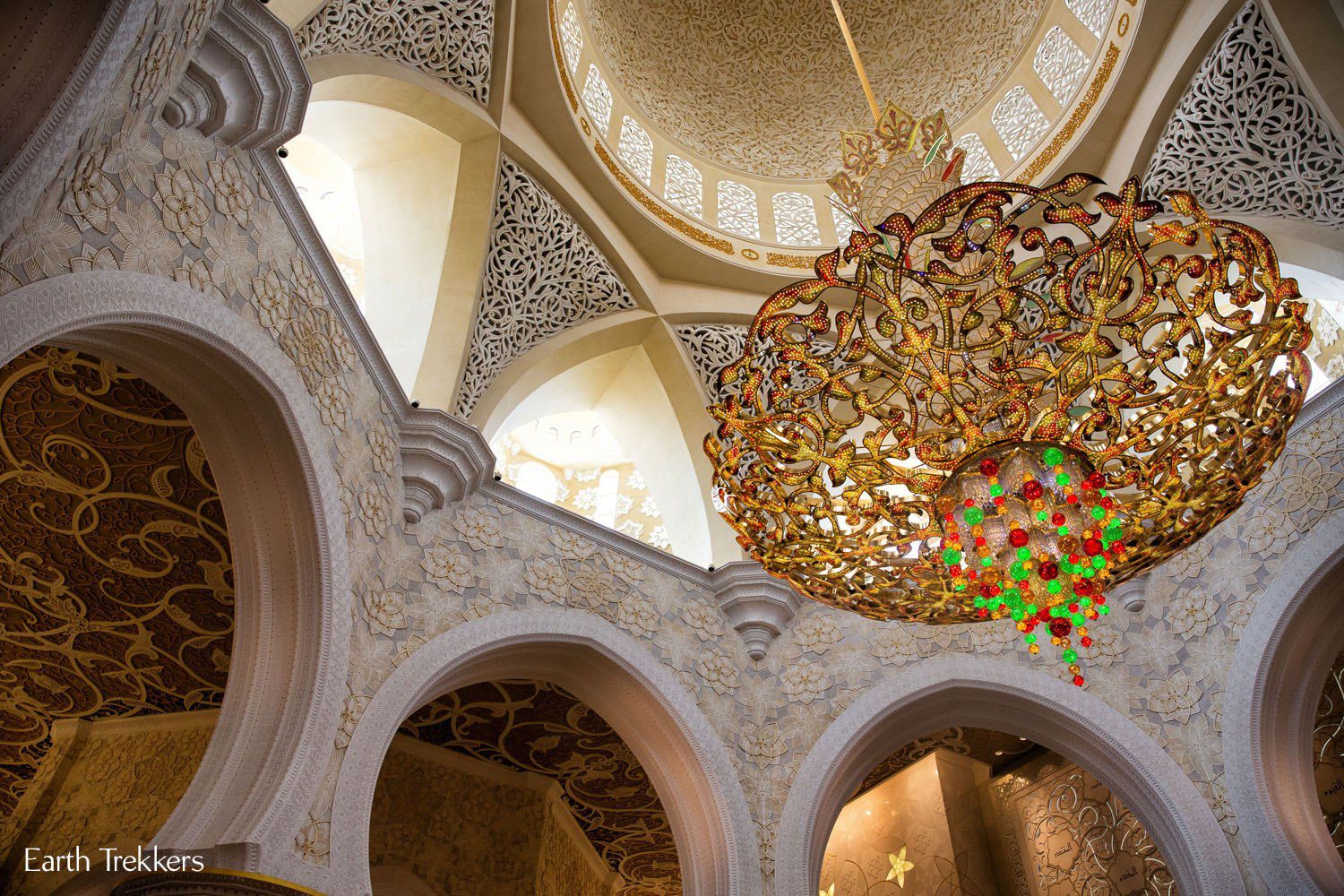 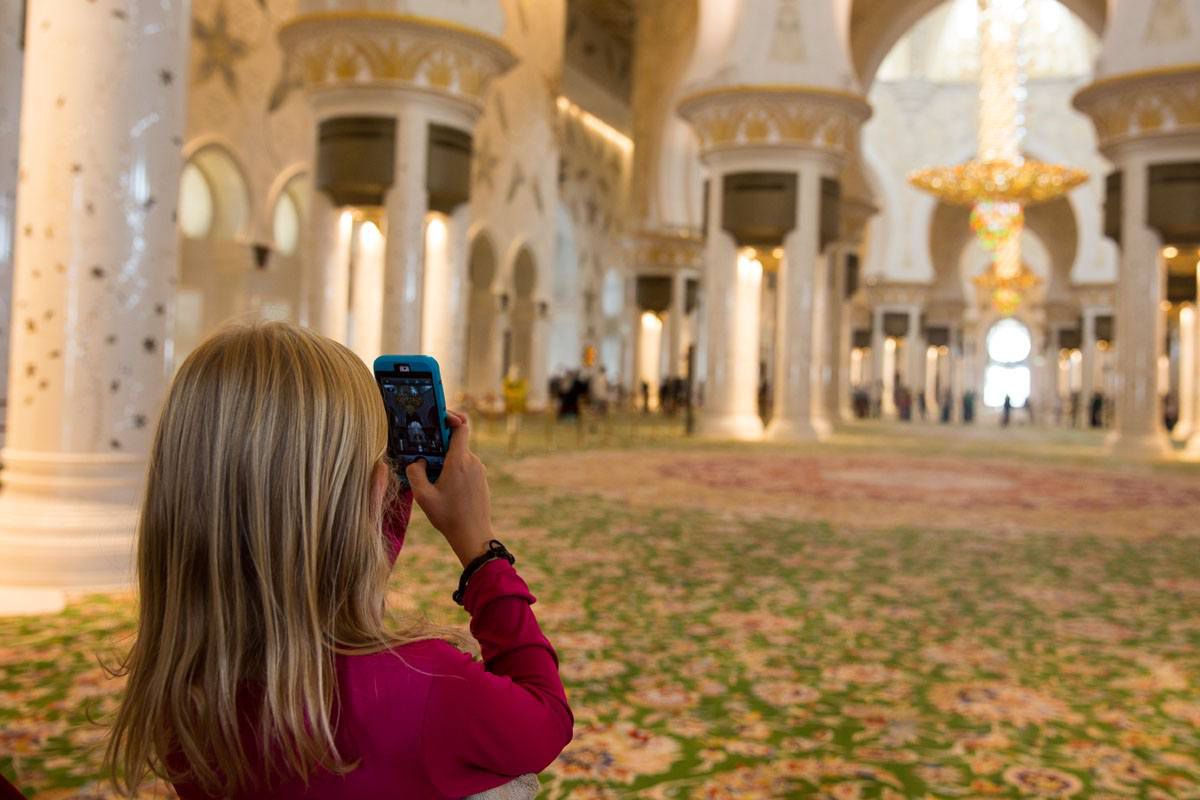 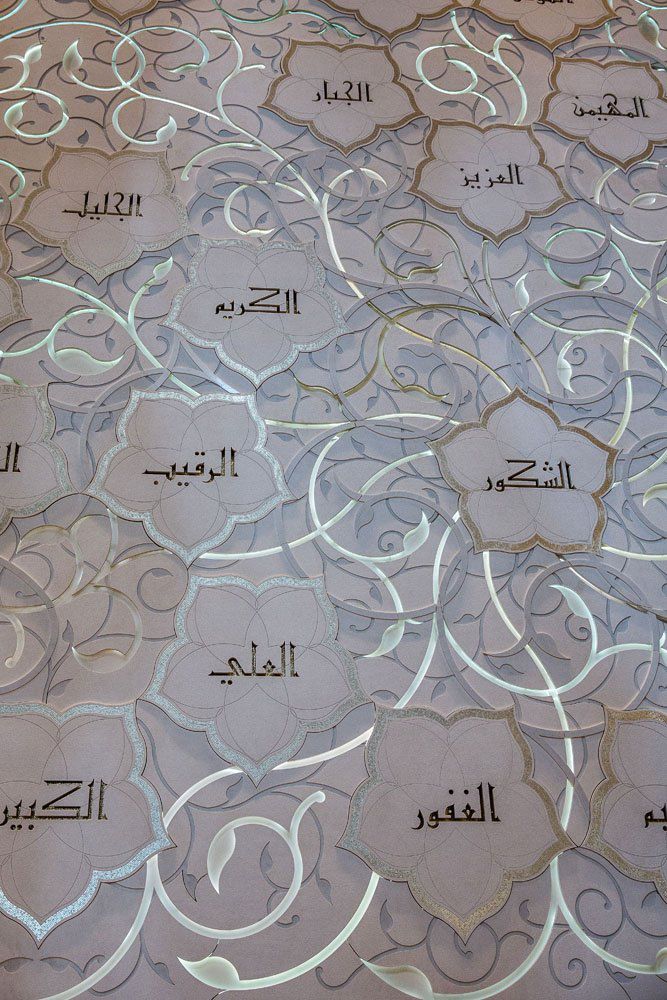 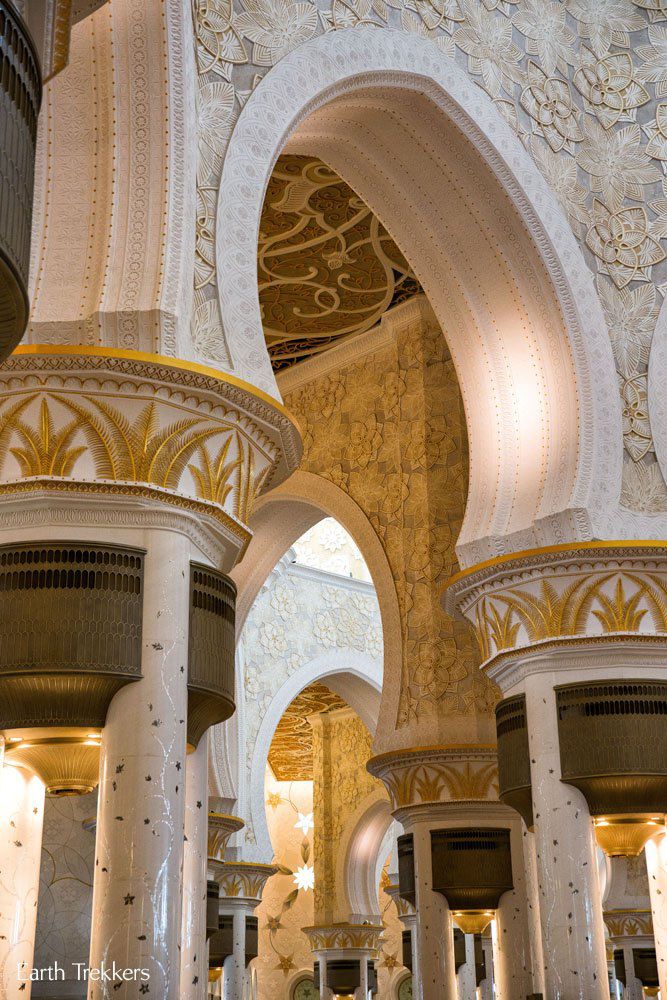 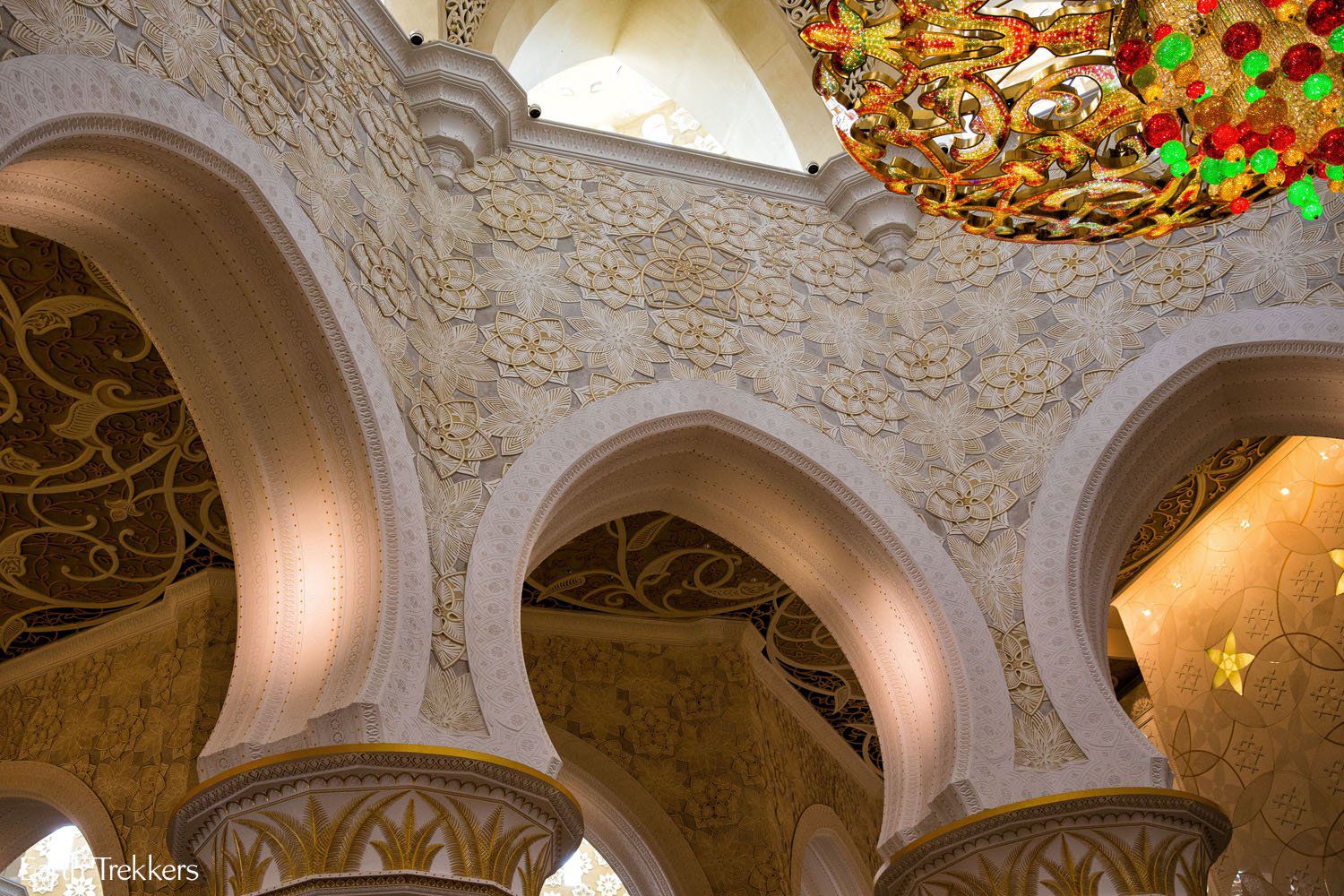 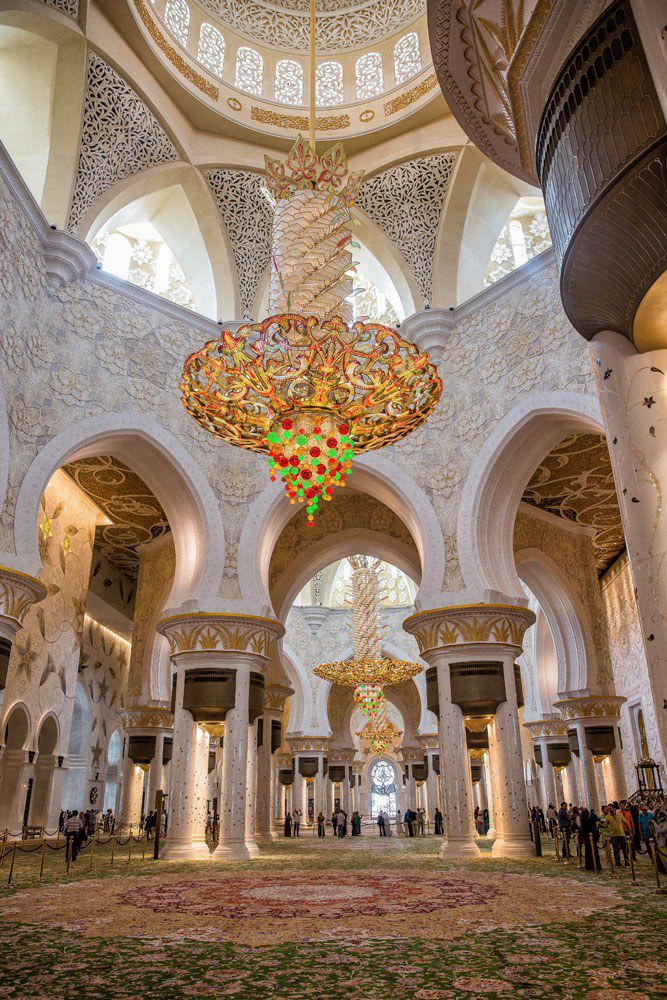 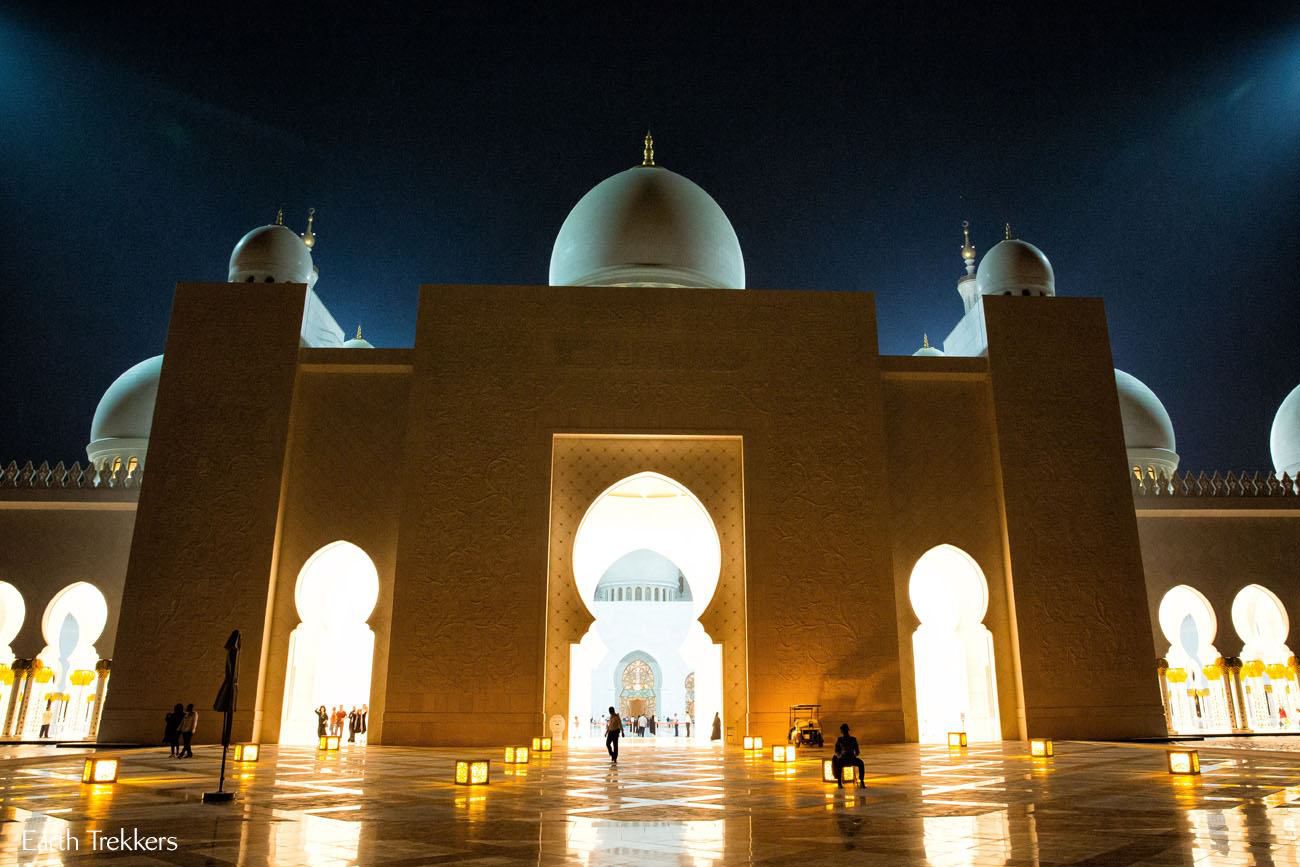 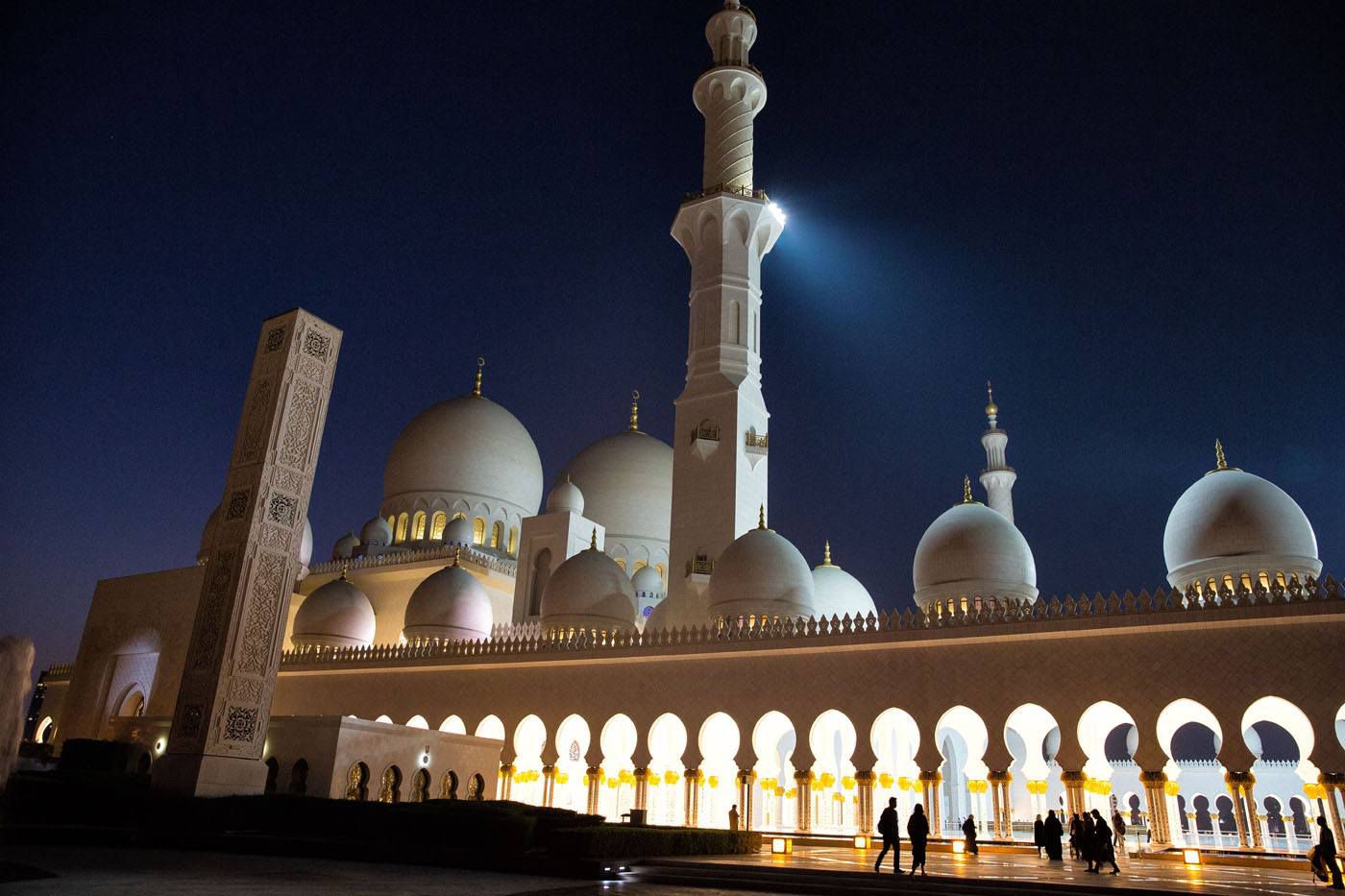 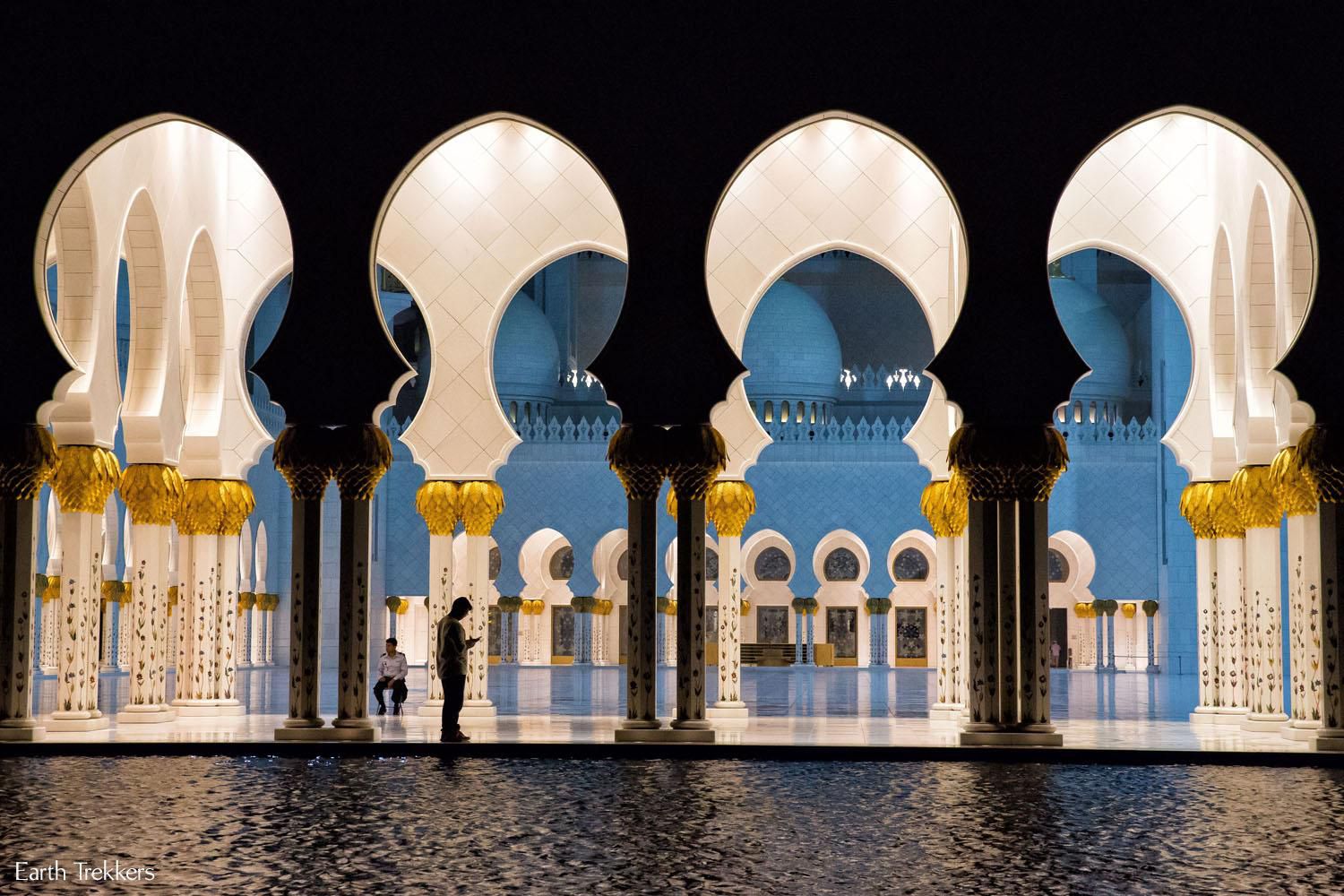 So, what do you think? The Sheikh Zayed Grand Mosque…the most beautiful building in the world? 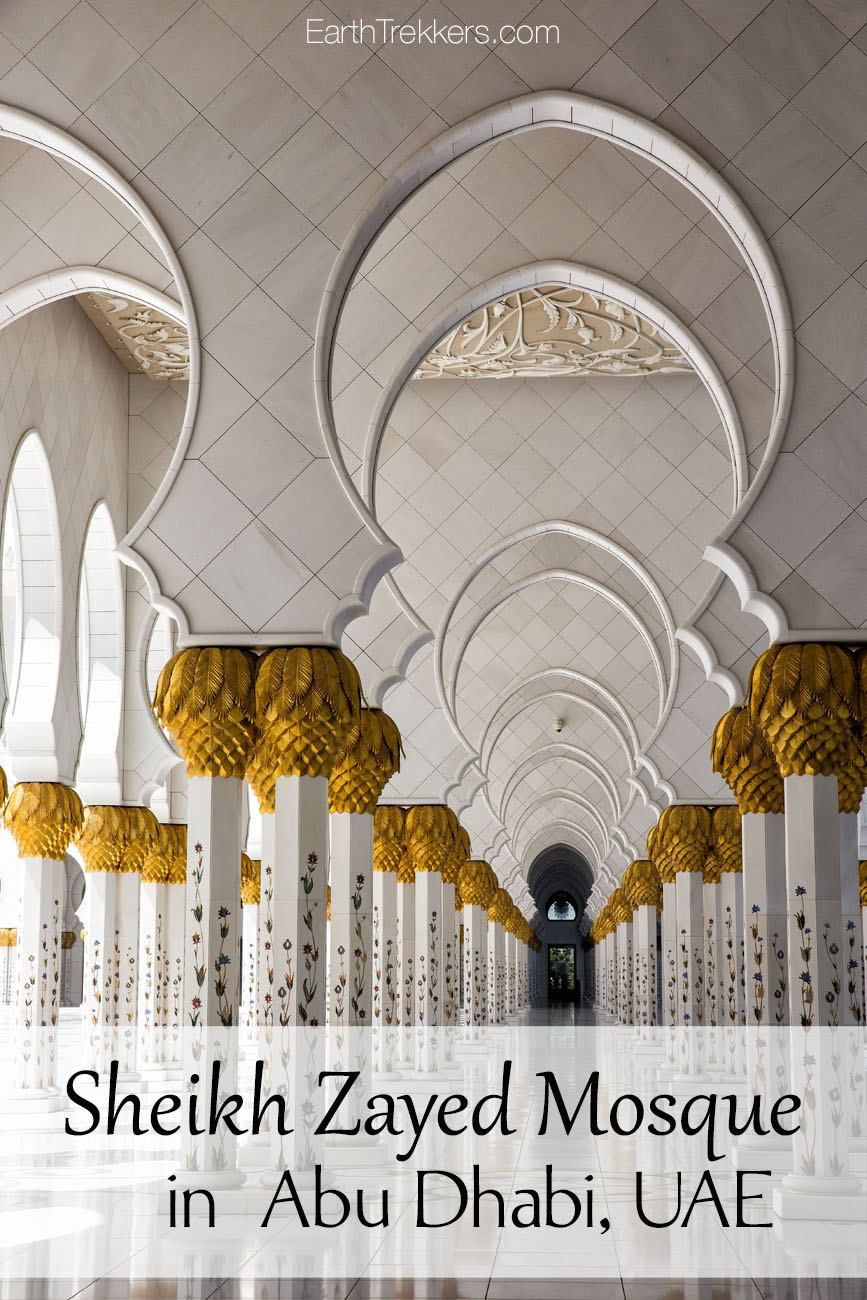