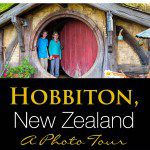 What is the cutest little spot in New Zealand? The answer is Hobbiton, the movie set for The Shire in both The Lord of the Rings and The Hobbit trilogies.

Hobbiton was rebuilt as a permanent structure for the filming of the Hobbit trilogy of movies. Now the owners of the farm, the Alexanders, run tours to see the movie set.

The only way to see Hobbiton is with a tour. Tours run every half an hour starting at 9 am and go all day. On Wednesdays and Sundays there is a special twilight tour where the houses are illuminated and dinner is served in the Green Dragon alehouse. You can also schedule a private tour or book a tour in Chinese.

We took the 9:30 am tour, one of the most popular time slots as it is the best time for photos.

Taking a Tour through Hobbiton

While walking through Hobbiton with our tour group of approximately twenty five people, we wandered among the forty five Hobbit holes, learned interesting facts about the filming of the LoTR movies, and enjoyed the scenery. What a peaceful, bucolic setting. As we toured the property, we couldn’t help but wonder what it would be like to live in one of these quaint, undersized, fairytale-like Hobbit houses.

Tyler and Kara, who were Hobbit sized when we visited New Zealand, loved these little houses. Tim, who is the size of Gandalf, would have a much harder time living here if that ever were an option.

Our tour concluded at the Green Dragon with a drink for everyone. Tyler and Kara had the non-alcoholic ginger beer while Tim and I drank amber ale (at 11 am). It’s twelve o’clock somewhere, right!

We loved this tour and it was fascinating to learn more about what goes into film production and set design. Plus, Tyler and Kara are still daydreaming about what it would be like to live in one of these Hobbit houses. 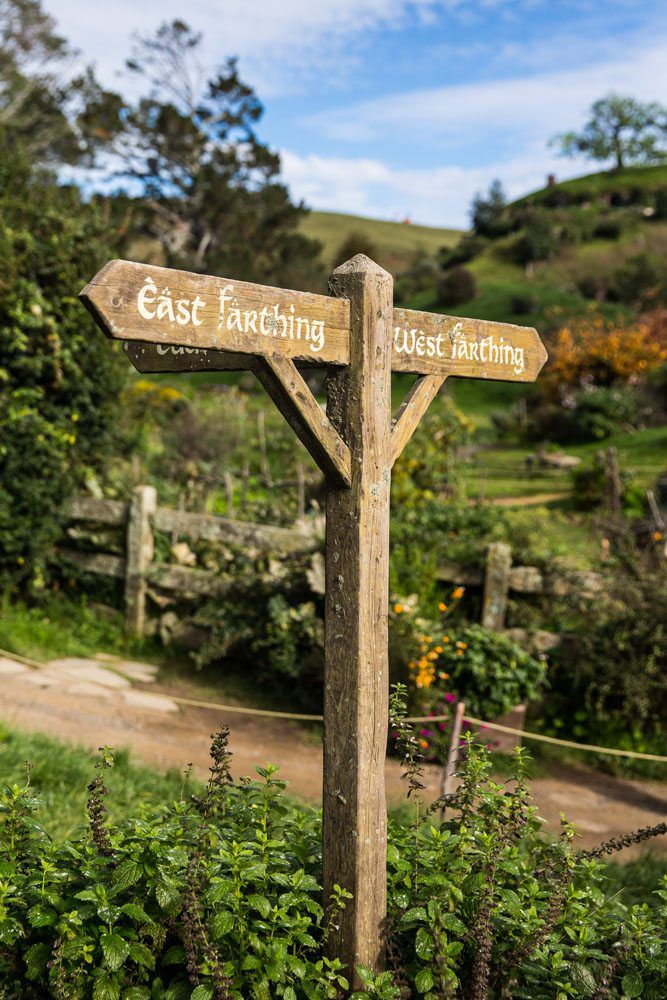 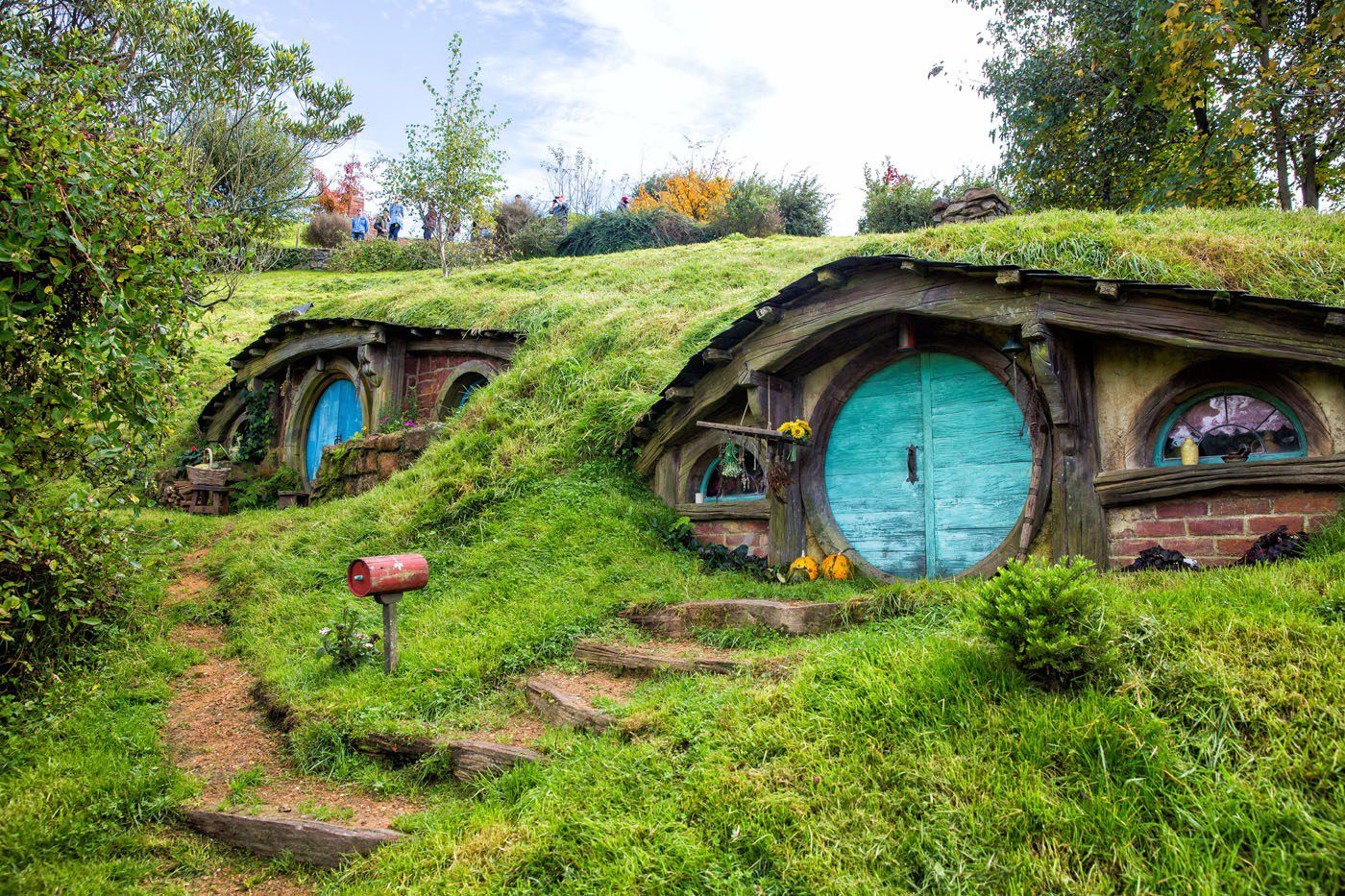 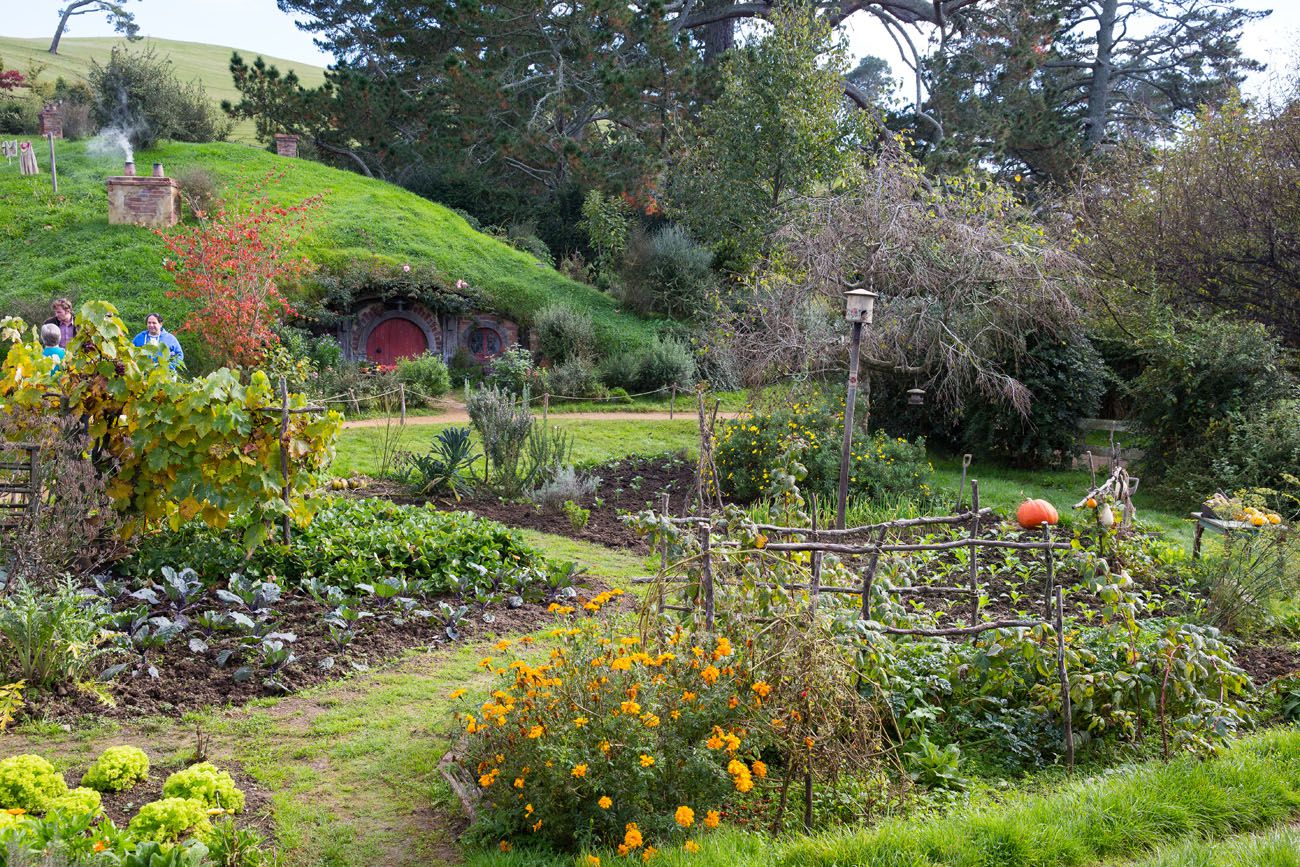 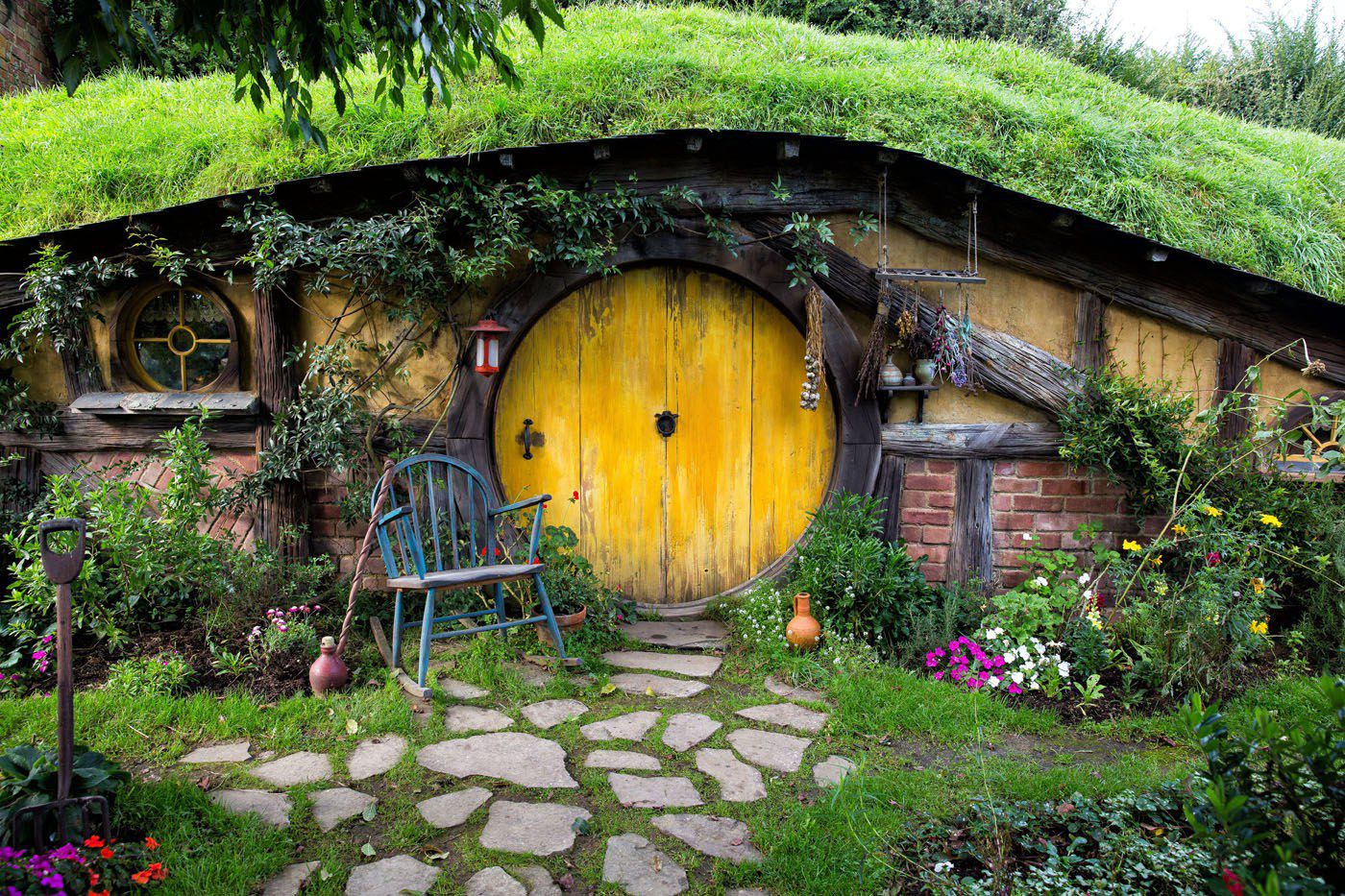 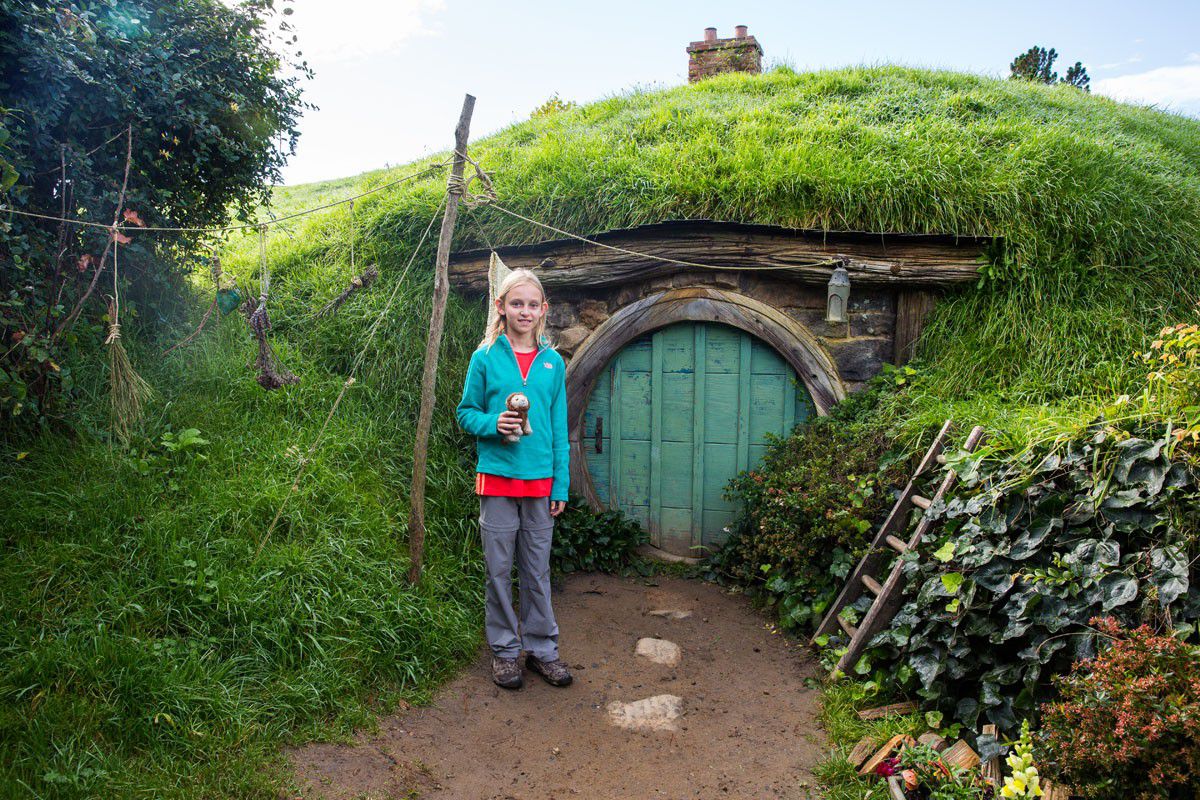 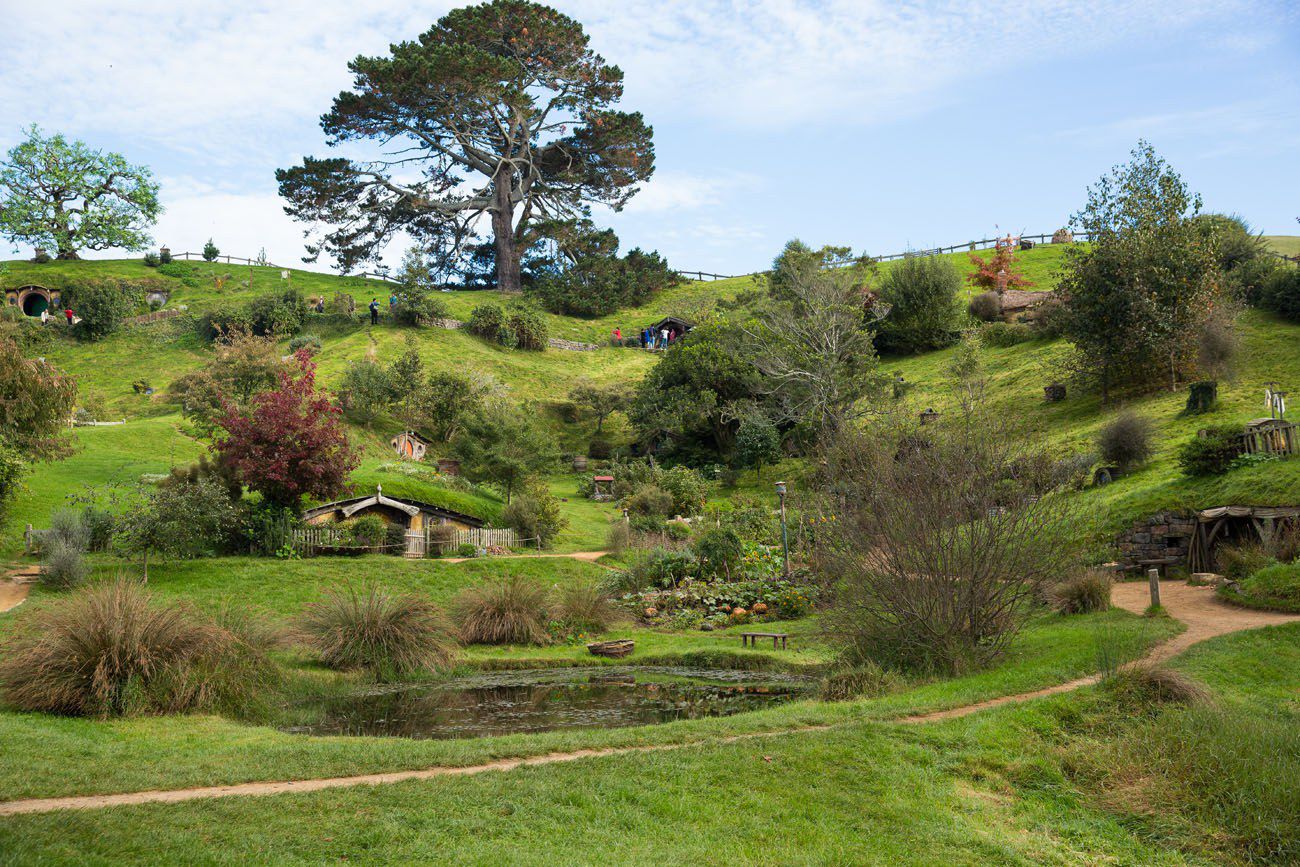 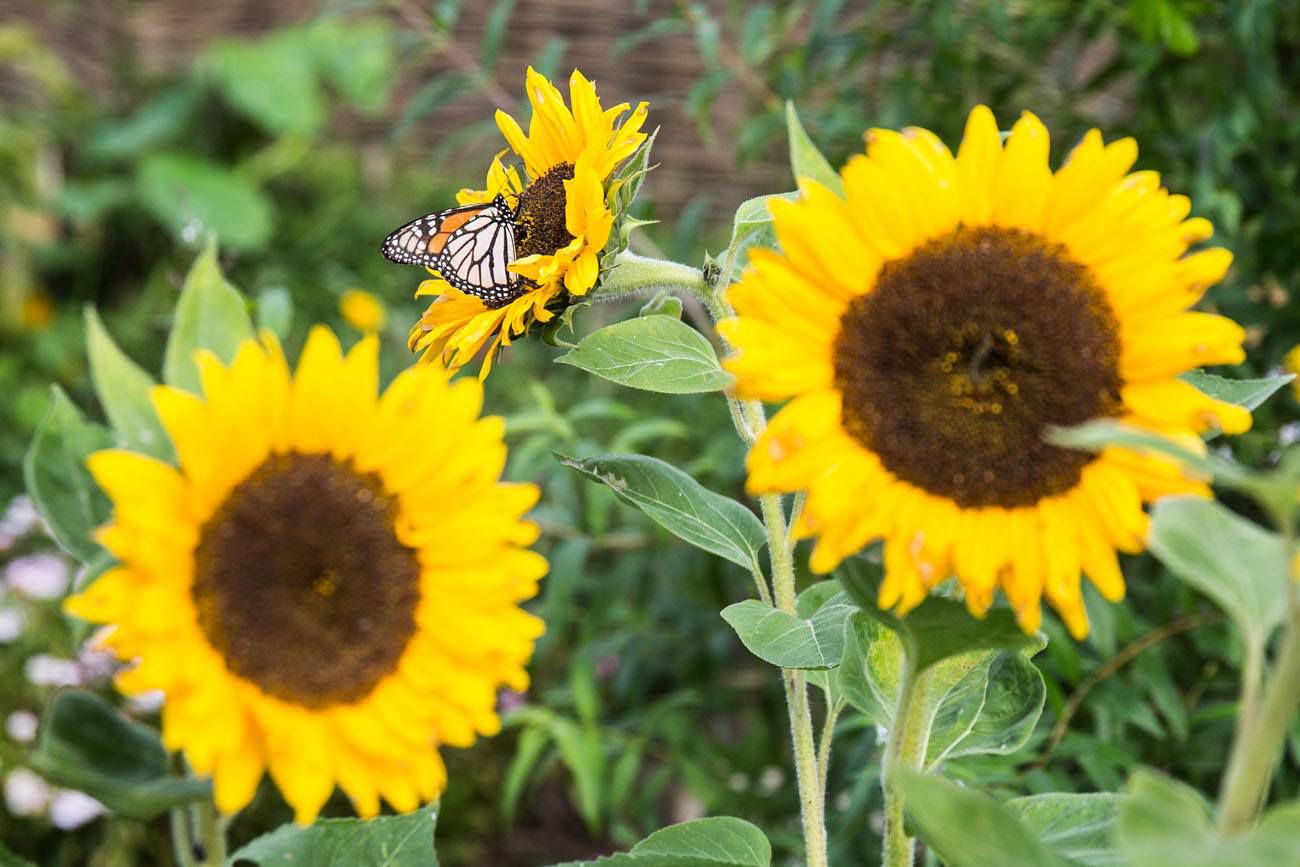 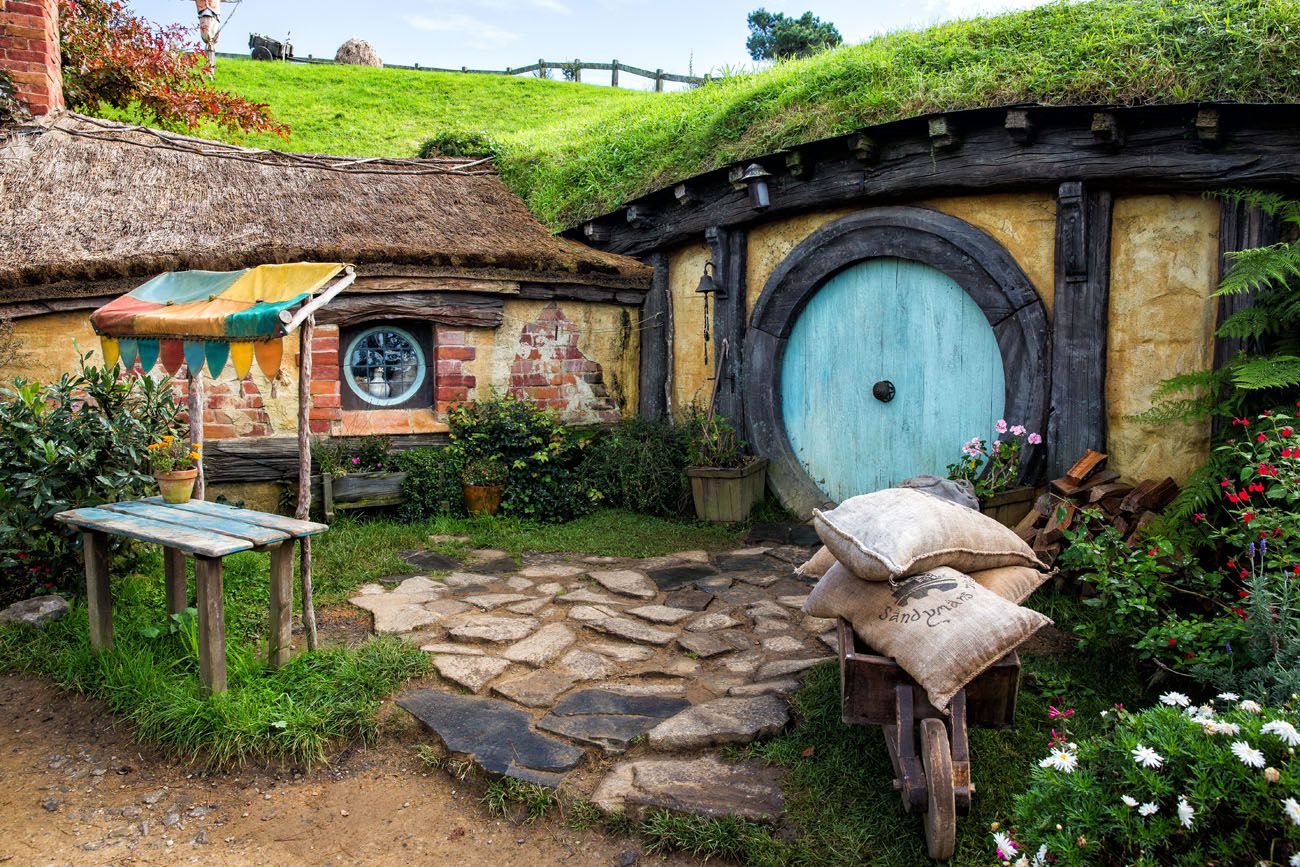 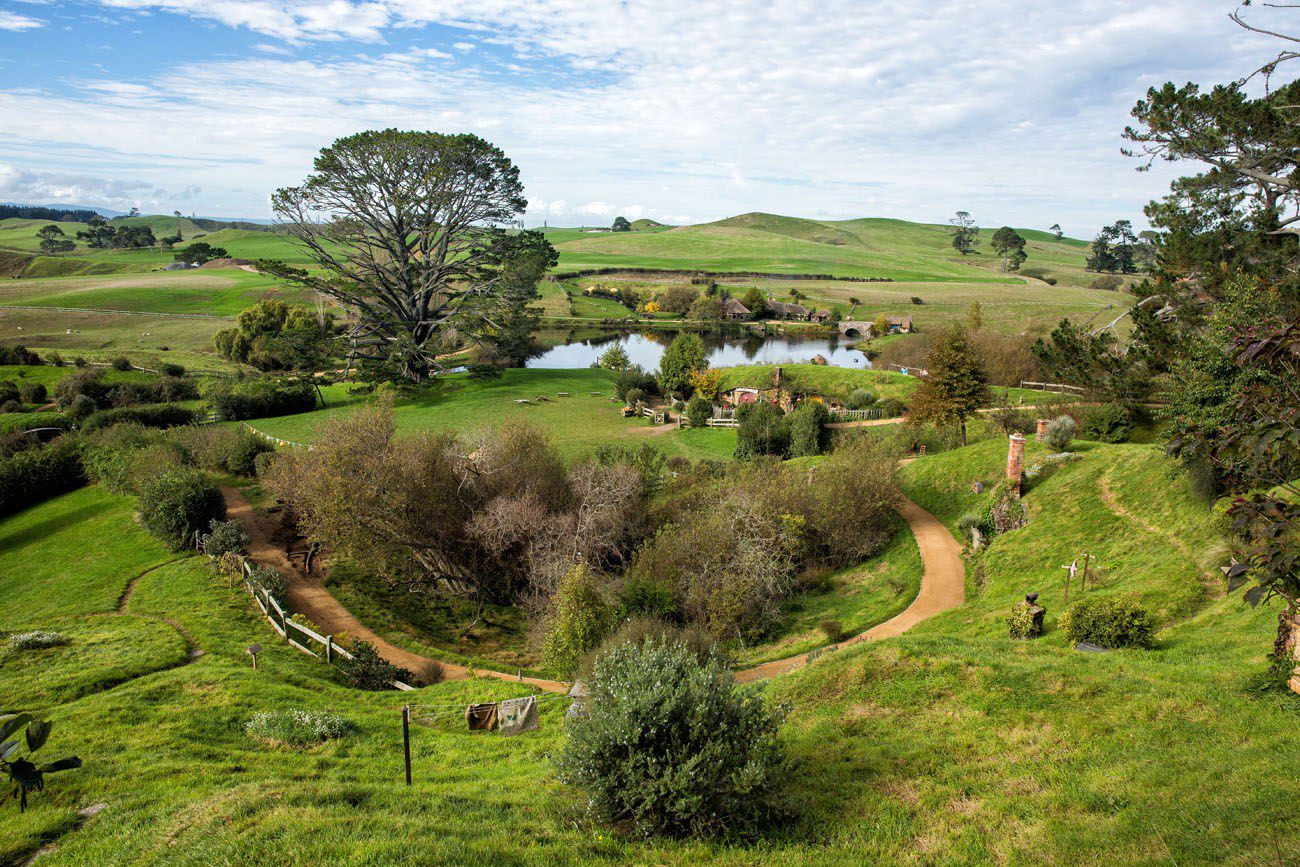 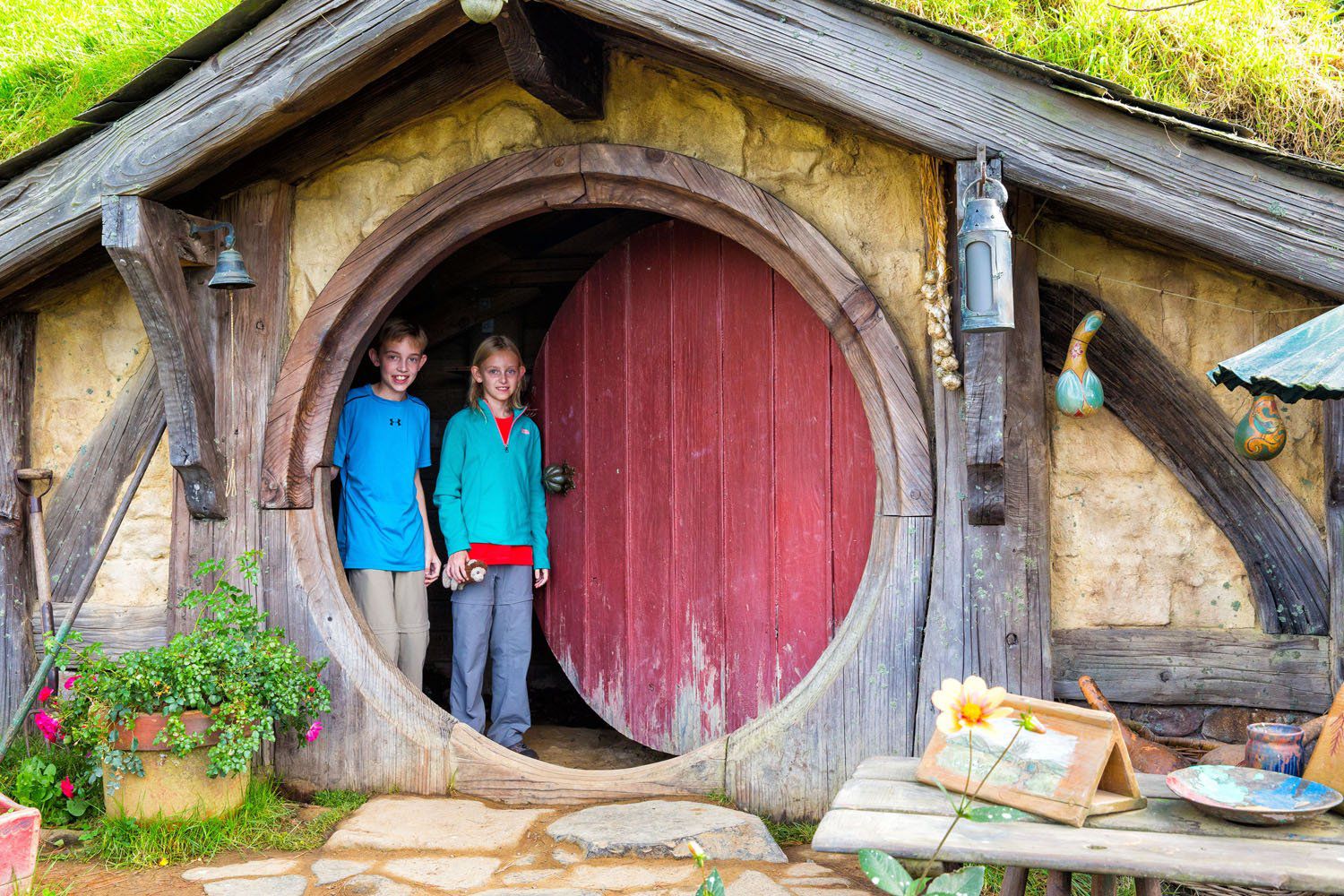 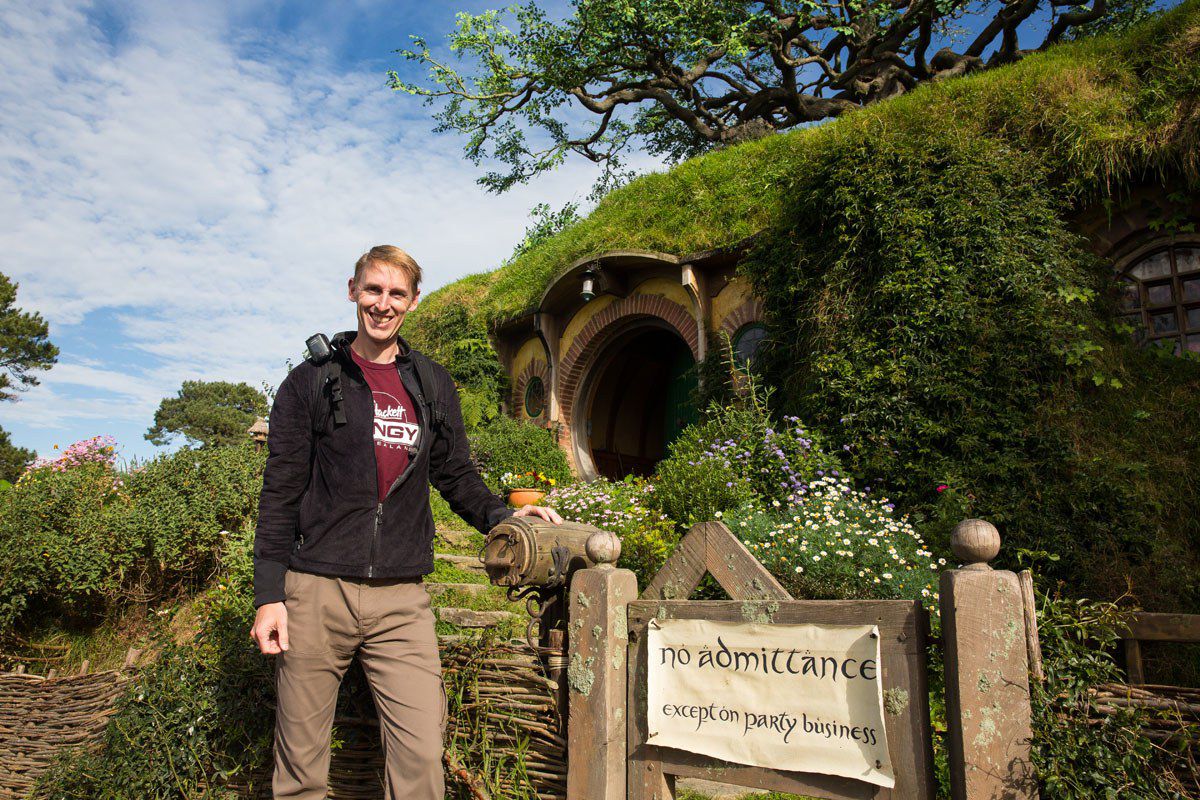 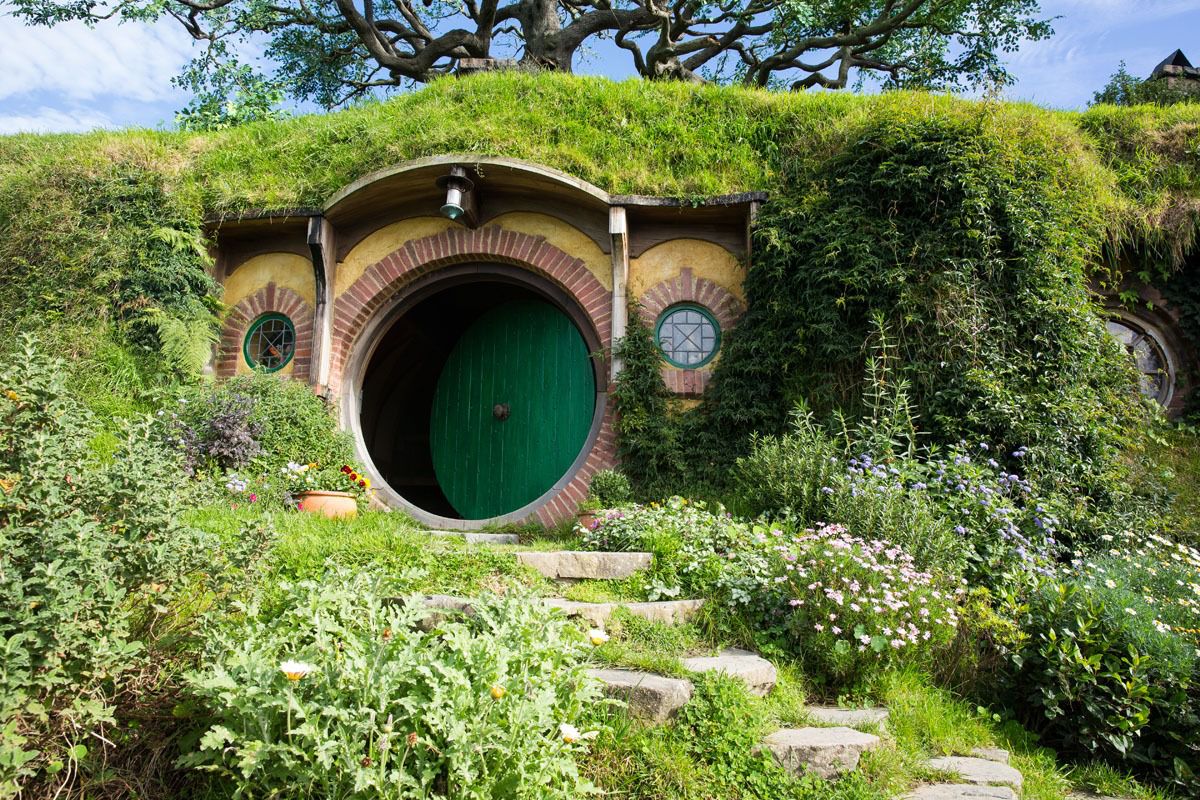 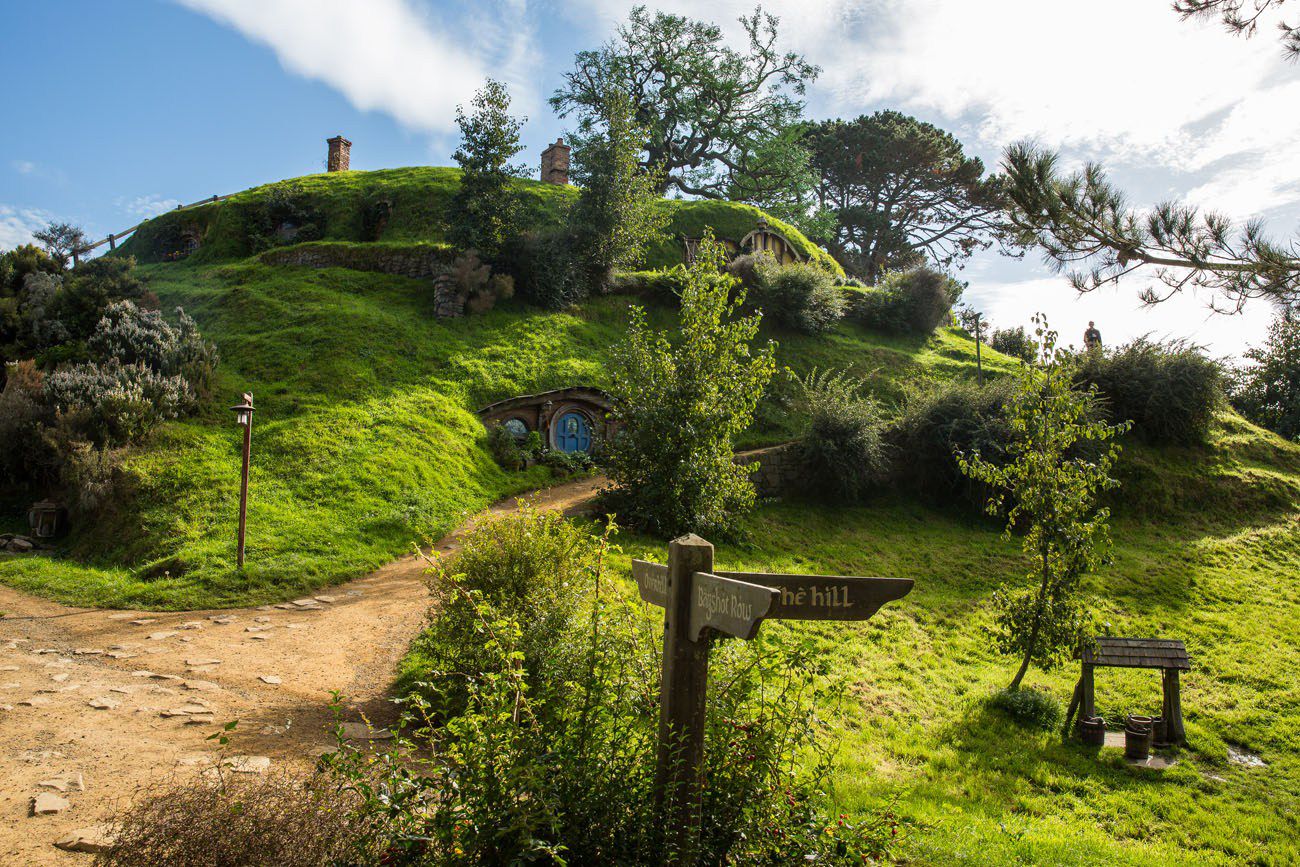 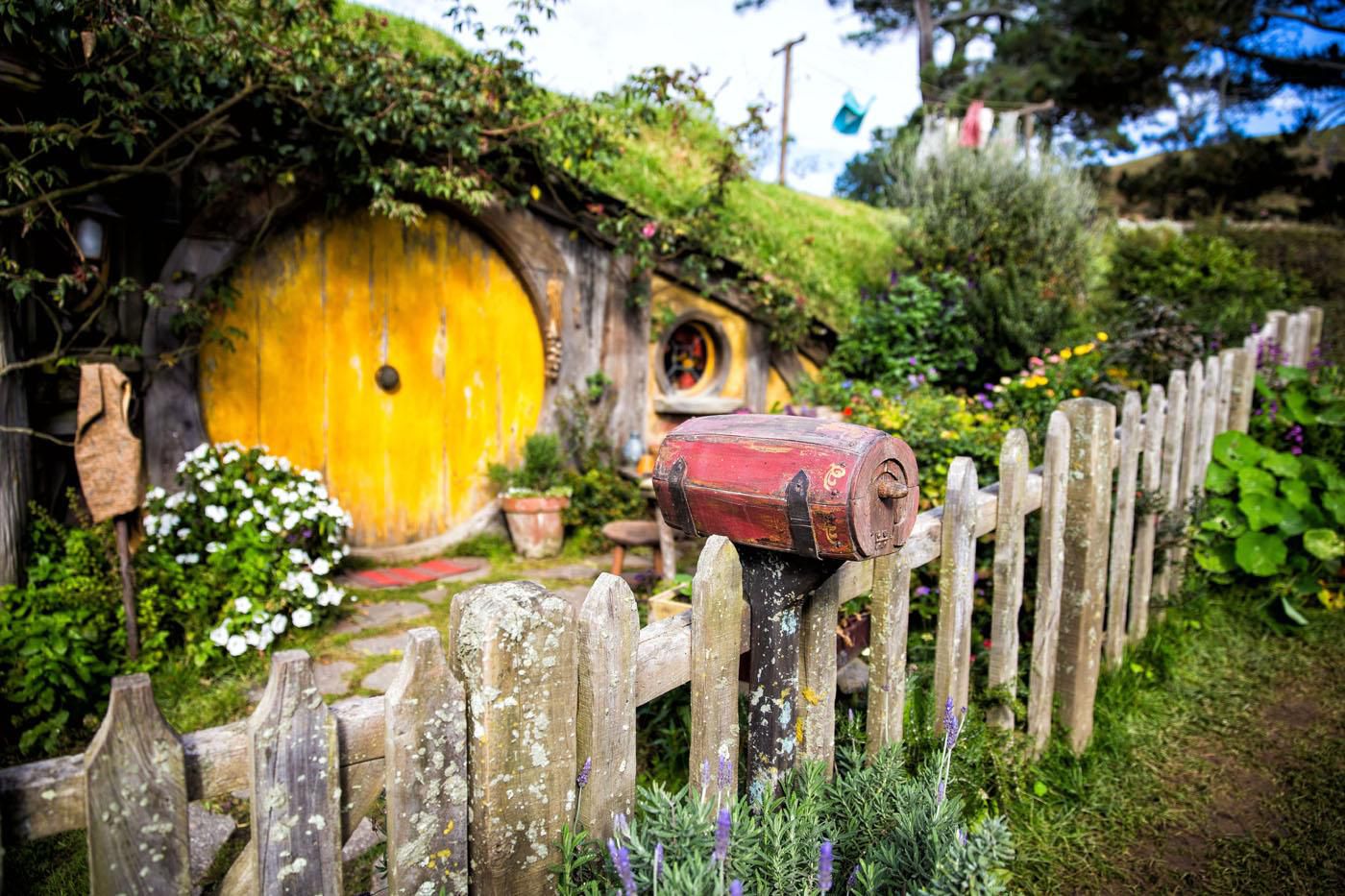 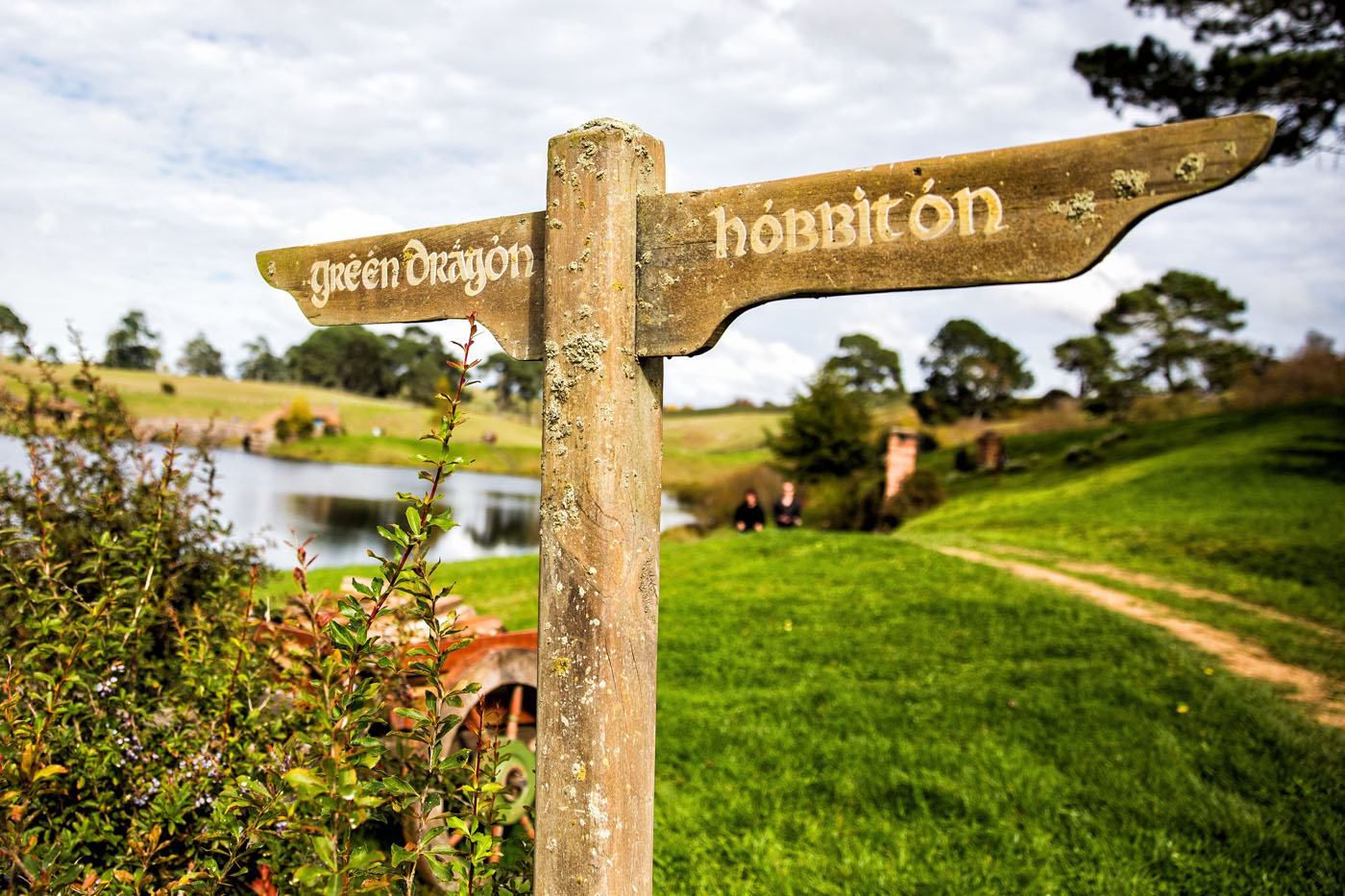 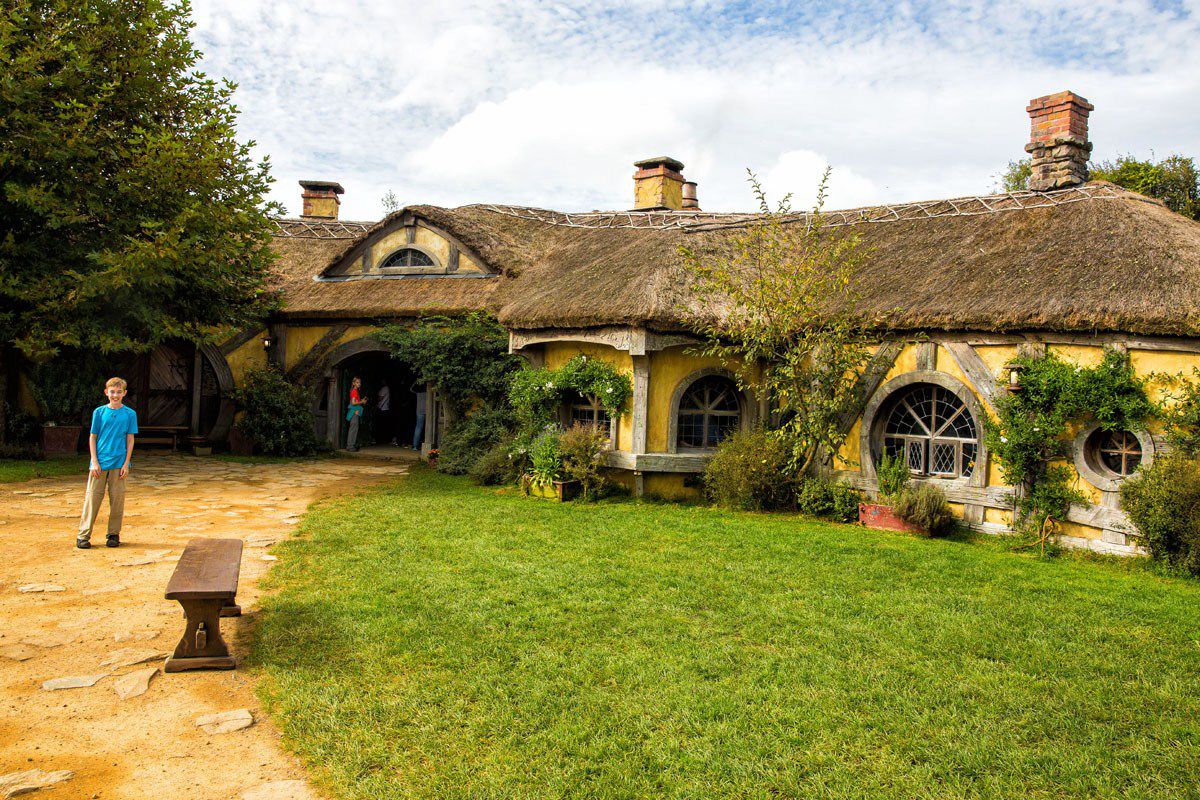 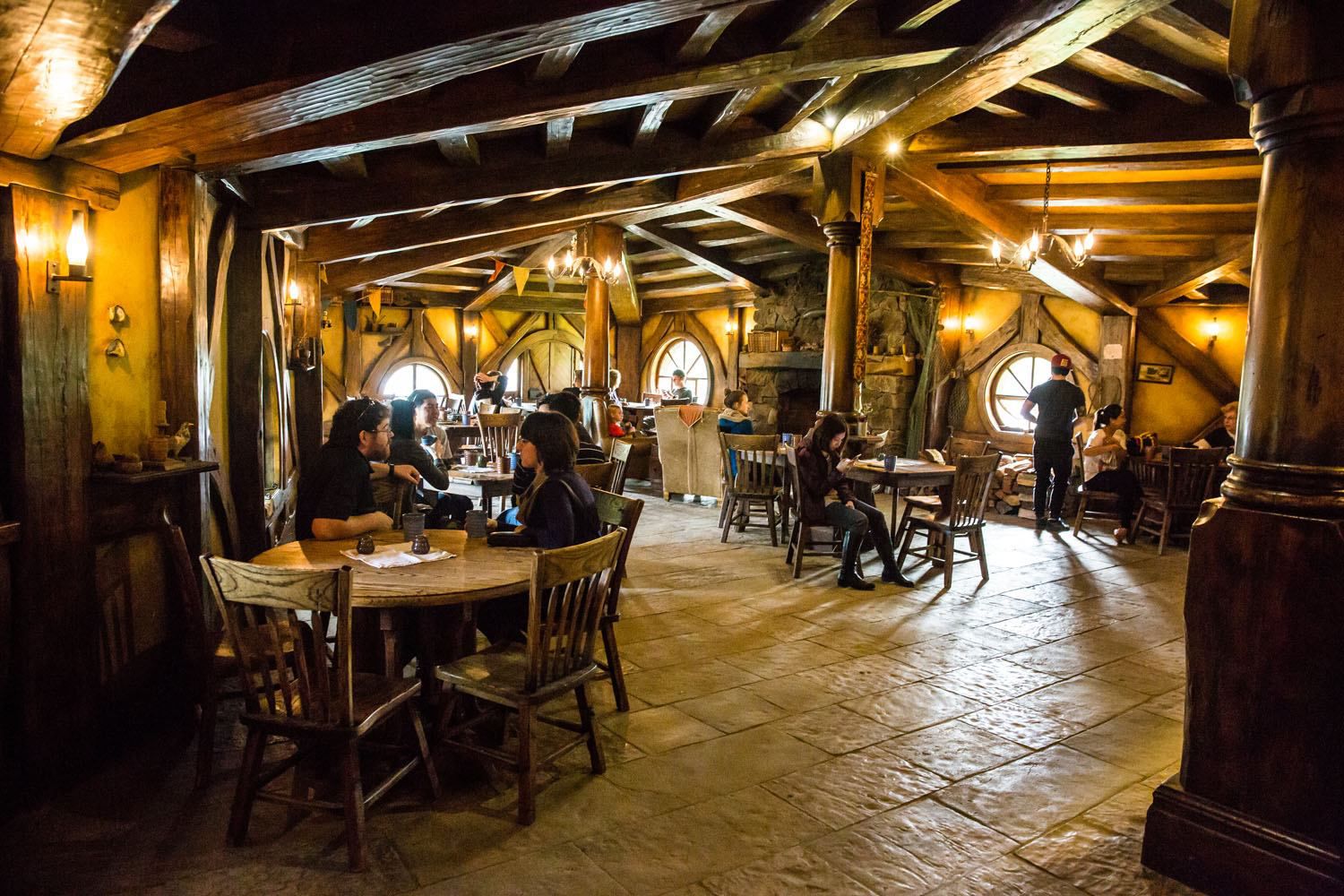 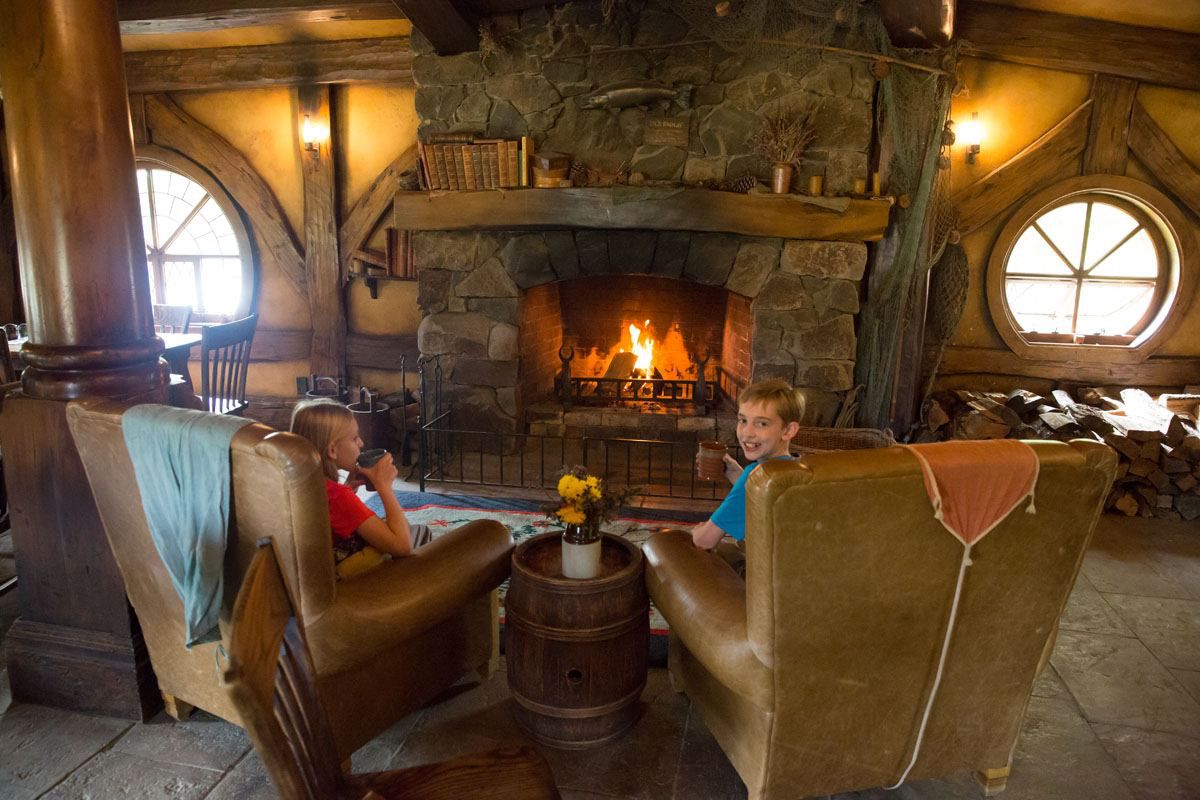 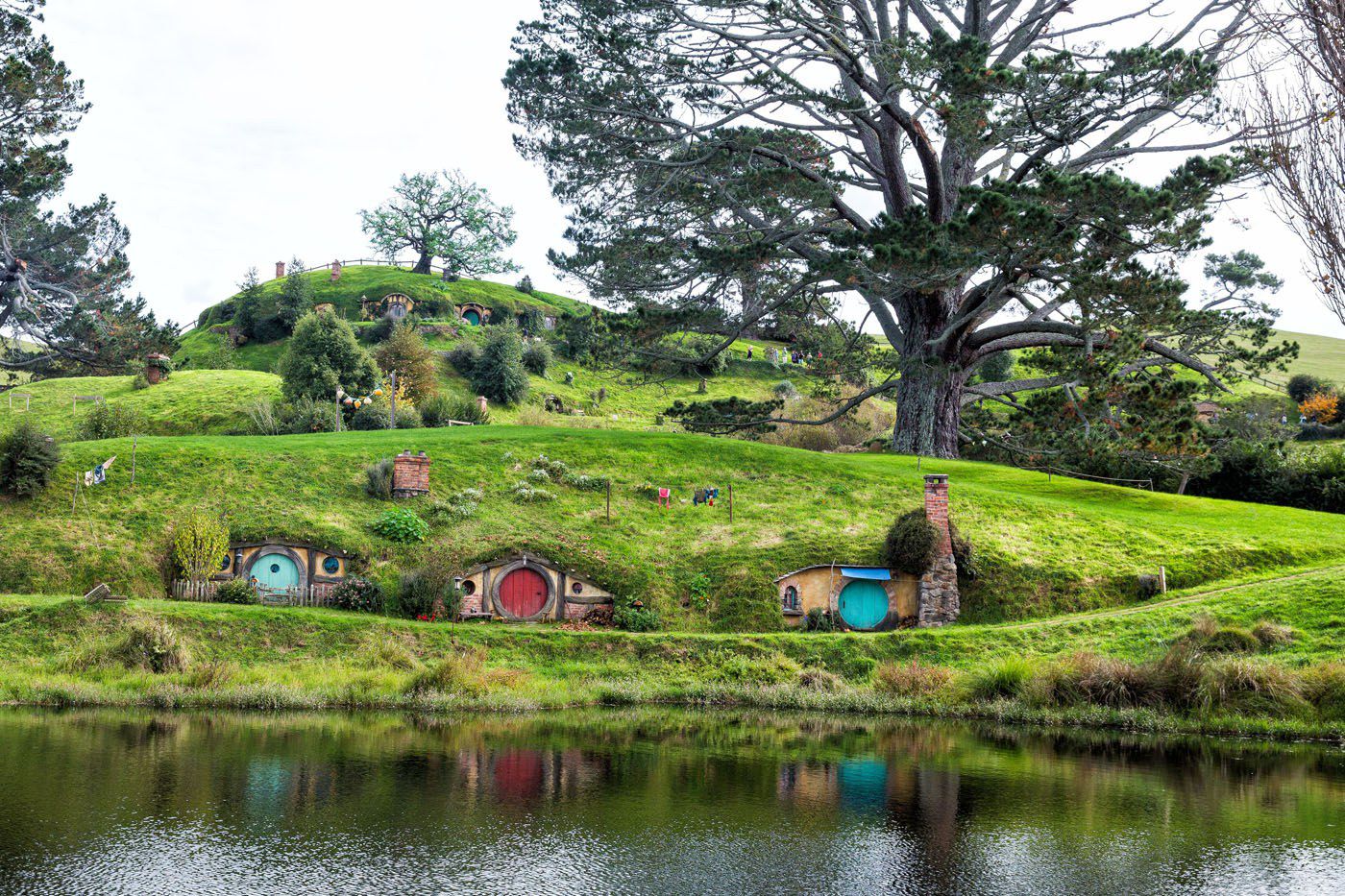 About the Hobbiton Movie Set

Hobbiton is located just outside the town of Matamata, one hour from Rotorua (70 km) and two hours (160 km) from Auckland.

Tours can be booked with departures from The Shires Rest (the main ticketing center, located on the Hobbiton property), Matamata, or Rotorua. The tour of the property lasts approximately two hours, where you walk the 12 acres of property, learn the history behind Hobbiton, and end with a pint of ale at the Green Dragon.

For a schedule of tours and prices, look at the Hobbiton Movie Set website. We took the tour in 2015. Since our visit, more tours have been added to the daily schedule, including tours that are available in Chinese.

Order your tickets in advance. Tours can sell out, even if you are not visiting during high season.

Best time to take photos. The morning is the best time to take photos as the lighting is better. The afternoon hours are quieter with less visitors. On Wednesday and Sunday there is the option of touring at twilight, ending with dinner at the Green Dragon. This interested us but the hefty price tag was too much for our budget.

You are permitted to take as many photos and videos as you would like. Our guide told us that the current record for number of photographs taken stands at 3,400 during the two hour tour.  Wow! In case you are wondering, I took a measly 158 pix.

Planning a trip to New Zealand? Read all of our articles in our New Zealand Travel Guide. 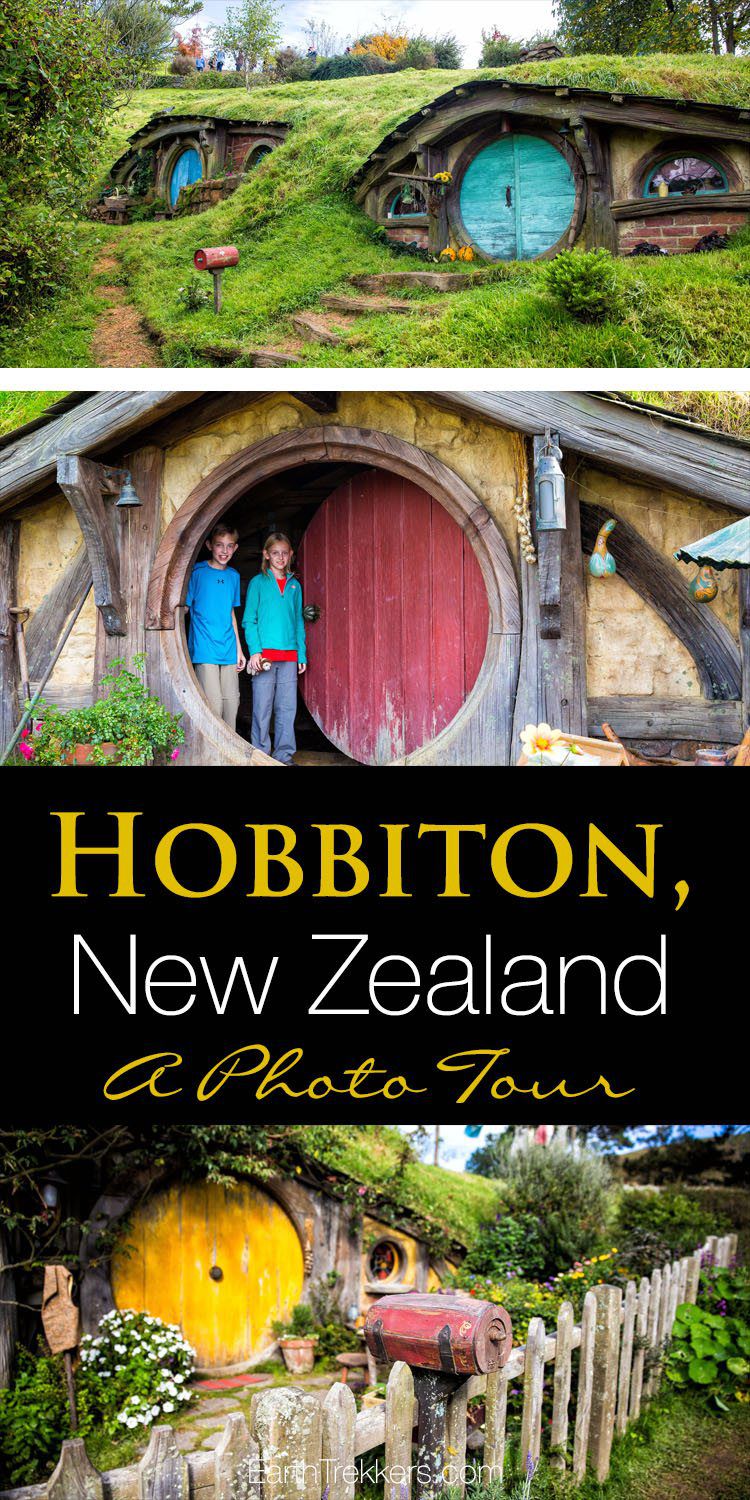