Mountain Biking, a Broken Hand, and a Trip to a Peruvian Clinic 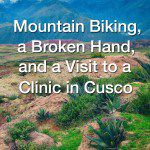 Tim and I went mountain biking through the sacred valley of Peru in 2012 with a company called “Gravity Peru.”  We met up with our guide, Chet, in Ollantaytambo. Tim and I packed up all of our bags, and ourselves, into Chet’s small, banged up car that already had three bikes in the trunk. He had a driver so we were all packed into the car like sardines. 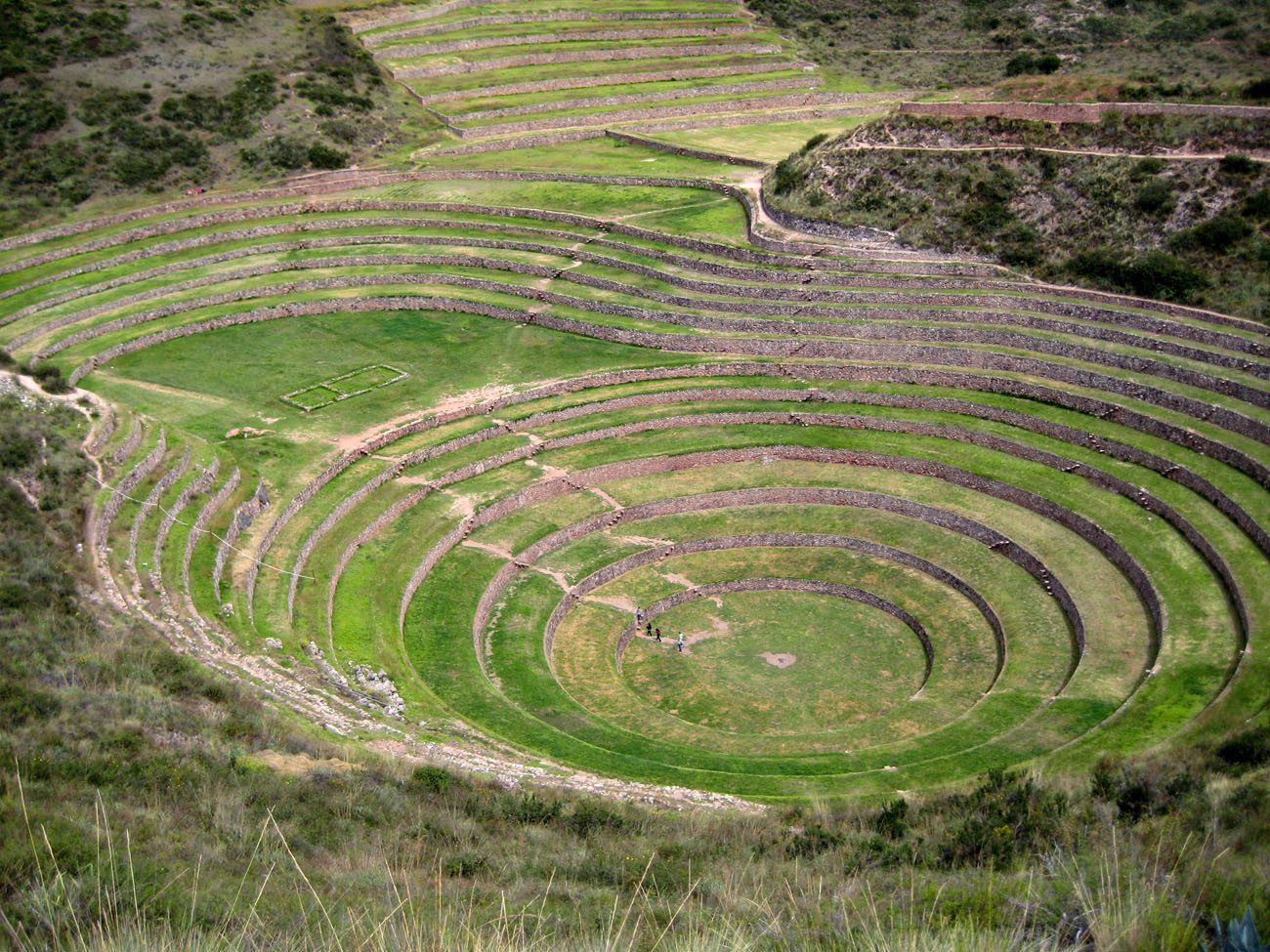 We drove an hour up and out of the river valley on a dirt road to Moray, another popular Incan site. Tim and I did a little exploring while Chet assembled the bikes.

We each had a very heavy downhill mountain bike to ride. These were much, much heavier than the time trial bikes Tim and I ride. It was going to take some getting used to. Plus, we left all of our belongings in the car with a driver we had never met before. Would we ever see our things again?

So the three of us started off on our downhill tour of the Andes. It was beautiful scenery. We passed farms, Incan sites, Peruvian women working in the fields, and even one woman herding her sheep through one of the canyons.  It was amazing, and we got a much more up and close look at Peruvian rural life than we would have seen driving around in a car. 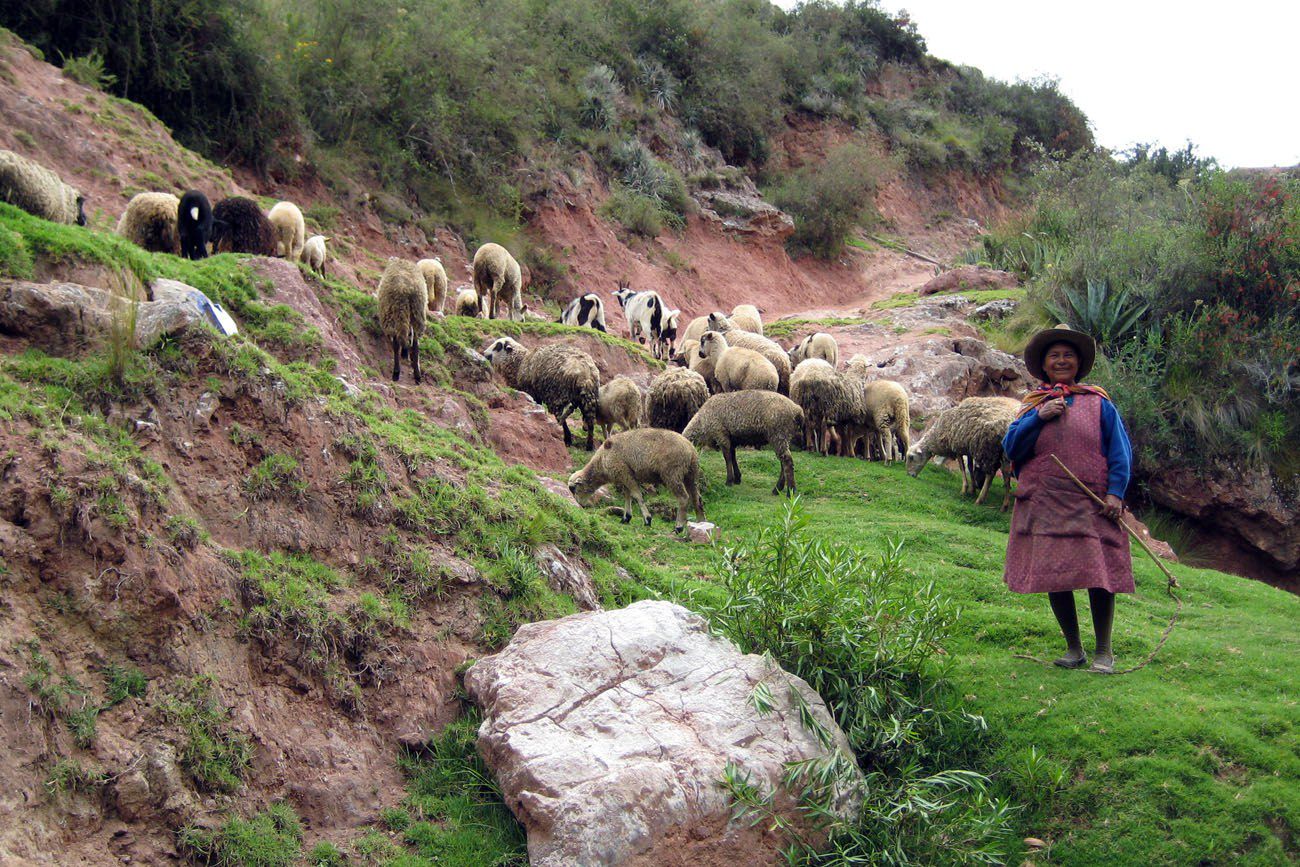 As we descended further the trail became more rocky, gravelly, and more technically challenging. I began feeling like I was in a little over my head. I started imagining myself having some major wipeout or imagining Tim biking over the side of a cliff. I was having fun but I was also a bit apprehensive.

We stopped for lunch in the town of Maras and then biked down to Salineras, the salt mines. From here I could see the Urabamba Valley, our endpoint, and I was feeling relieved that we were almost there. 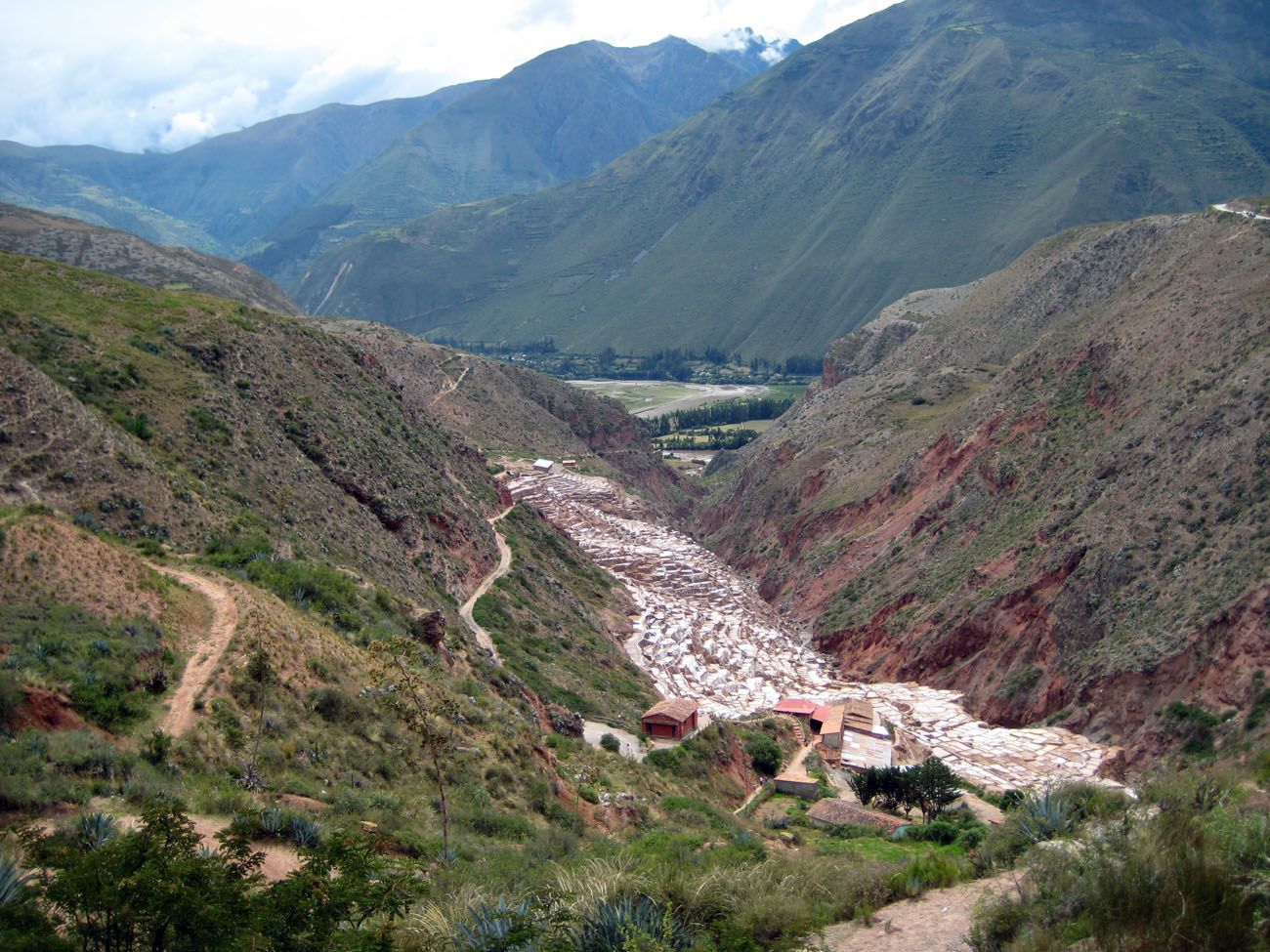 Not too long after Salineras is when I fell. I lost my balance going over a rocky area so I hit my brakes and tried to lay my bike down without crashing to the ground. But since the bike was much heavier than I was used to and I was still sliding through the gravel, I fell over to the left. My left ring finger caught the canyon wall and bent backwards. I heard and felt the crack and knew I had broken my hand even before I hit the ground.

I got myself right up, pulled off my gloves, and began examining my hand. I knew I had broken something but I was not sure which bone. It was strange because I never really felt any pain. But I could feel my fourth metacarpal clicking when I pushed on it so Bingo! that was the lucky bone.

Chet came running up and I calmly told him that I had broken my hand. He didn’t believe me but that’s OK.

It took awhile for Tim to find us. He had made it almost all of the way to the bottom and it was a long walk back up. Tim thought I had gone over the edge into the canyon. I guess a broken hand doesn’t sound so terrible after thinking that. 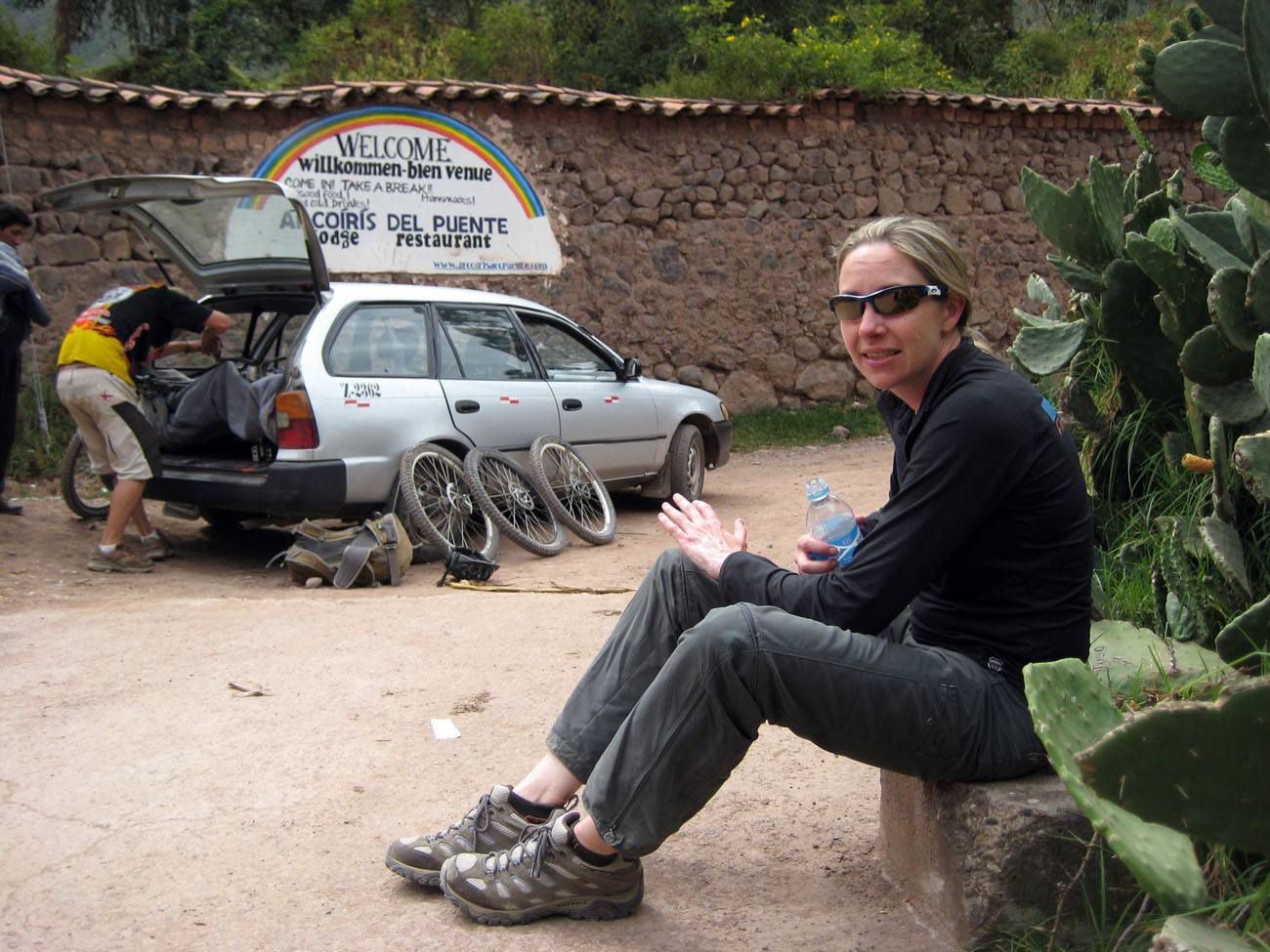 The three of us walked down the mountain. Chet pushed my bike while I supported my hand (that clicking felt strange!). The bikes were loaded back into the car, our bags were safe and sound, and it was an hour and a half drive into Cusco. Once in Cusco we dropped off our bags at Rumi Punku and Chet dropped us off at a clinic. By now it was about 3 pm.

Tim and I were driven six blocks by ambulance to a different clinic that had the ability to X-ray. And this is where knowing Spanish really was a lifesaver.

I checked in, briefly met with a doctor, a very nice woman who did speak some English, and then was taken downstairs for an X-ray of my hand. Fifteen minutes later I was looking at my X-rays and I was right, I fractured my 4th metacarpal. We waited for a half hour for the trauma doctor to arrive, he wrote a prescription for the cast supplies, which we took to the pharmacy to get filled. Then the doctor applied my plaster cast and I was good to go. 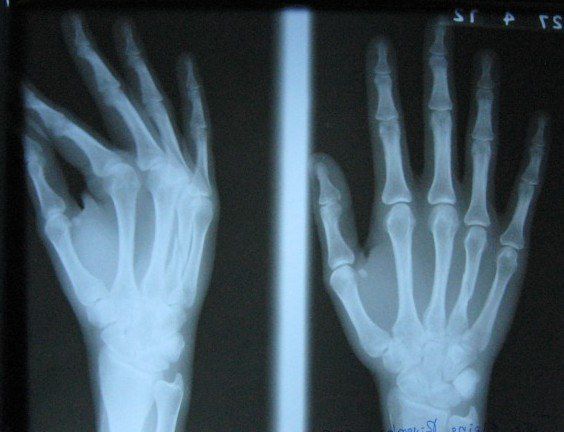 The entire visit to the clinic took about one and a half hours, not too bad! I do not know if we got moved through quicker since we were from the USA or because I told them that I worked in the medical field, but the process was much more efficient than Tim and I expected. And in some way it was kind of neat to get a cast and to have needed medical care. Of course, it helped that I knew how to treat this so it wasn’t so terrible. 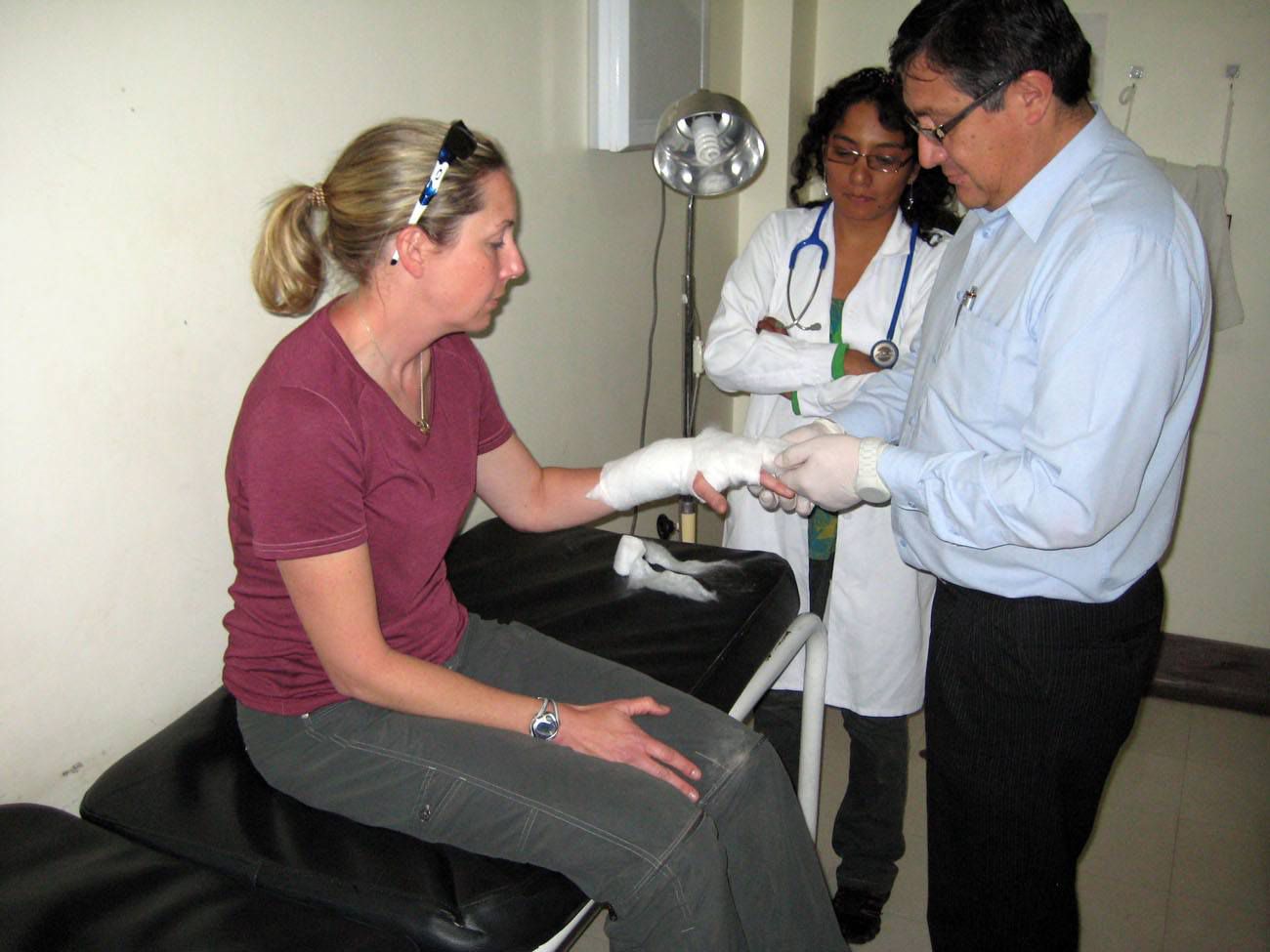 Today’s adventures concluded with a second dinner at Cicciolina’s.  Tomorrow we are off to the Amazon rainforest!

Are you planning a trip to Peru? Read all of our articles about Peru in our Peru Travel Guide. 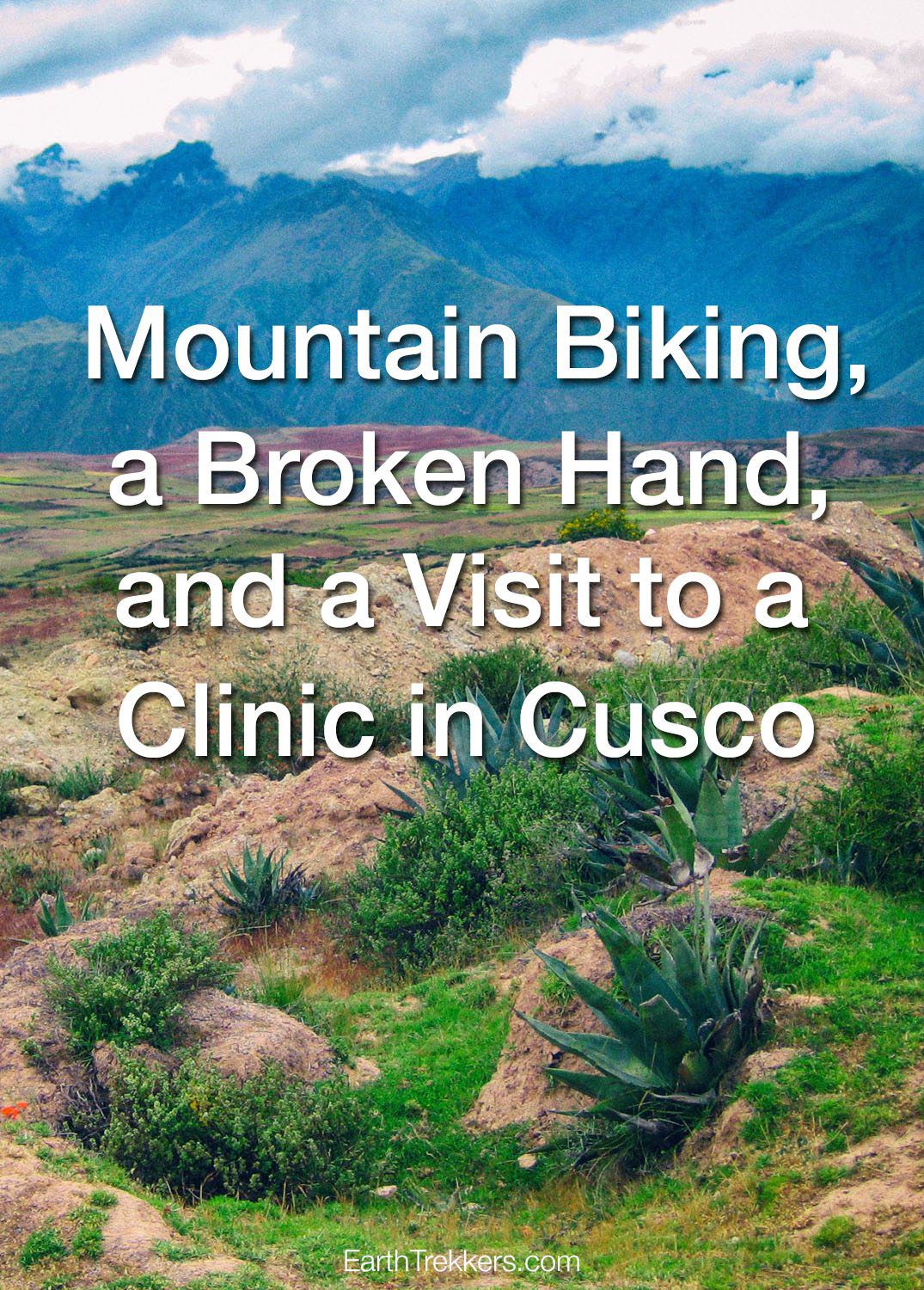