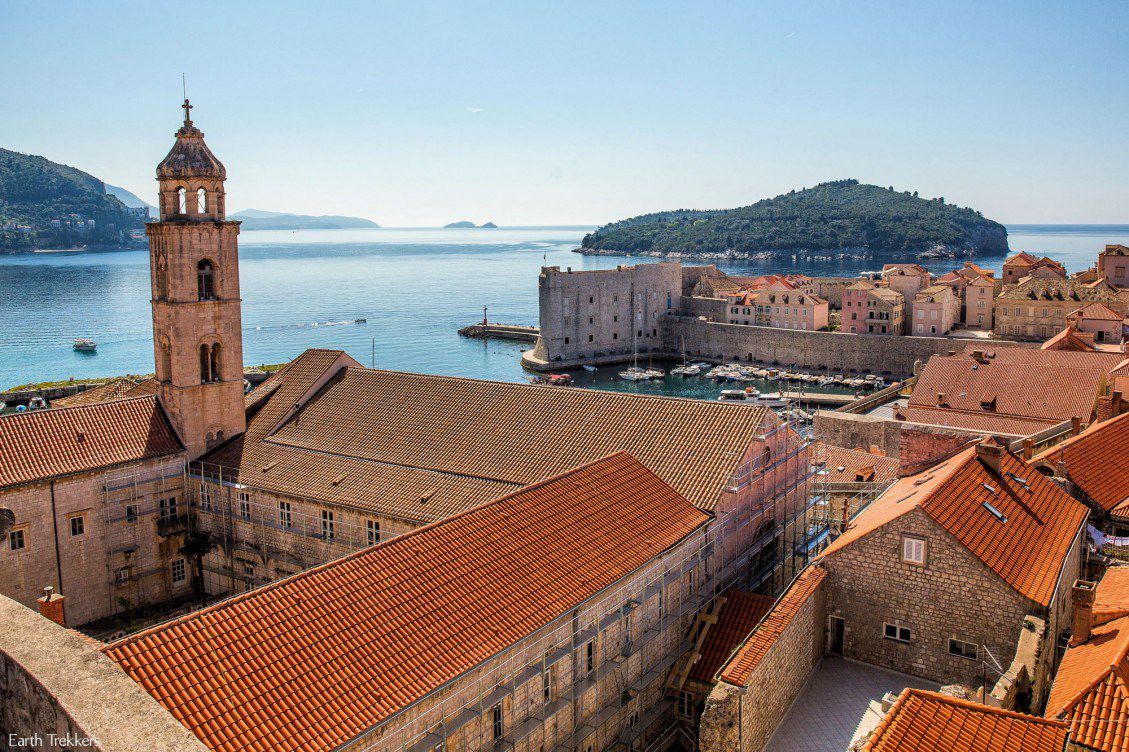 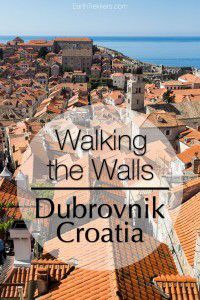 We had big expectations for Dubrovnik. This is a city that has been on our travel wish list for years. Why? Dubrovnik is a gorgeous city, with orange-tiled roofs and a stunning location on the crystal clear waters of the Adriatic Sea. Fortresses, ancient medieval towers, and churches dot its skyline. Dubrovnik is a beautiful coastal city with a splash of Venetian culture and architecture. And as we learned, there is no better way to experience Dubrovnik than to see it from the Dubrovnik Walls.

About the Dubrovnik Walls

The Dubrovnik Walls date back to the Middle Ages and are one of the largest in Europe. The walls are 1940 meters long (1.2 miles) and reach a maximum height of 25 meters. Numerous forts fortify the Dubrovnik Walls, the most photographed being the Minceta Tower.

The most recent siege on Dubrovnik occurred in 1991 – 1992, when the Yugoslav People’s Army (JNA) attacked the city. The siege ended in mid-1992 but over 50% of the city was damaged during the war. Since 1992, the buildings have been restored to their former appearance, although you can still see some restoration work going on today.

In 1979, Dubrovnik was named a UNESCO World Heritage Site.

The Dubrovnik Walls in Photos

We walked the Dubrovnik Walls starting at Pile Gate, walking counter-clockwise around the city. It took us about two hours to walk the walls, stopping many times for photos along the way.

Once on the wall, your first view will be of the Stradun, the main thoroughfare through the center of Dubrovnik. 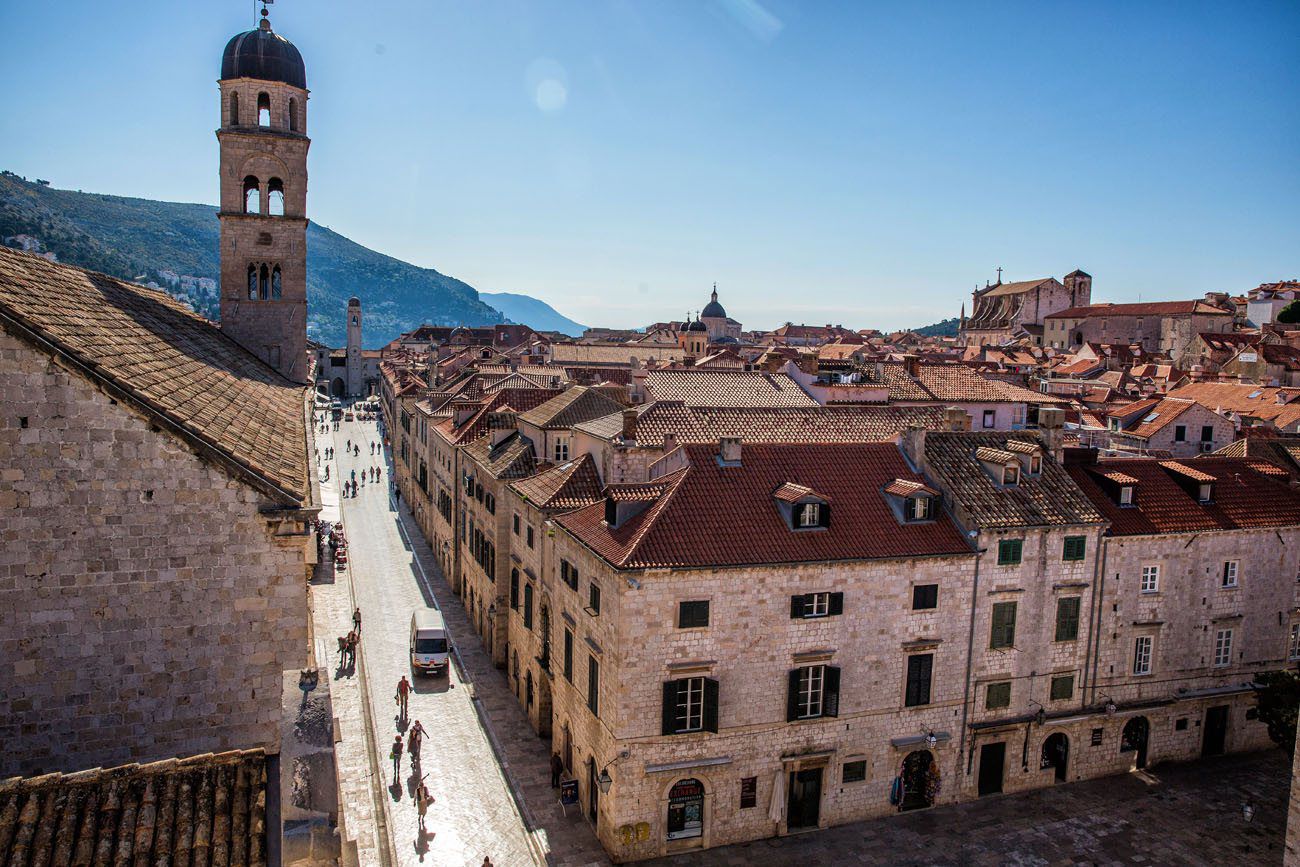 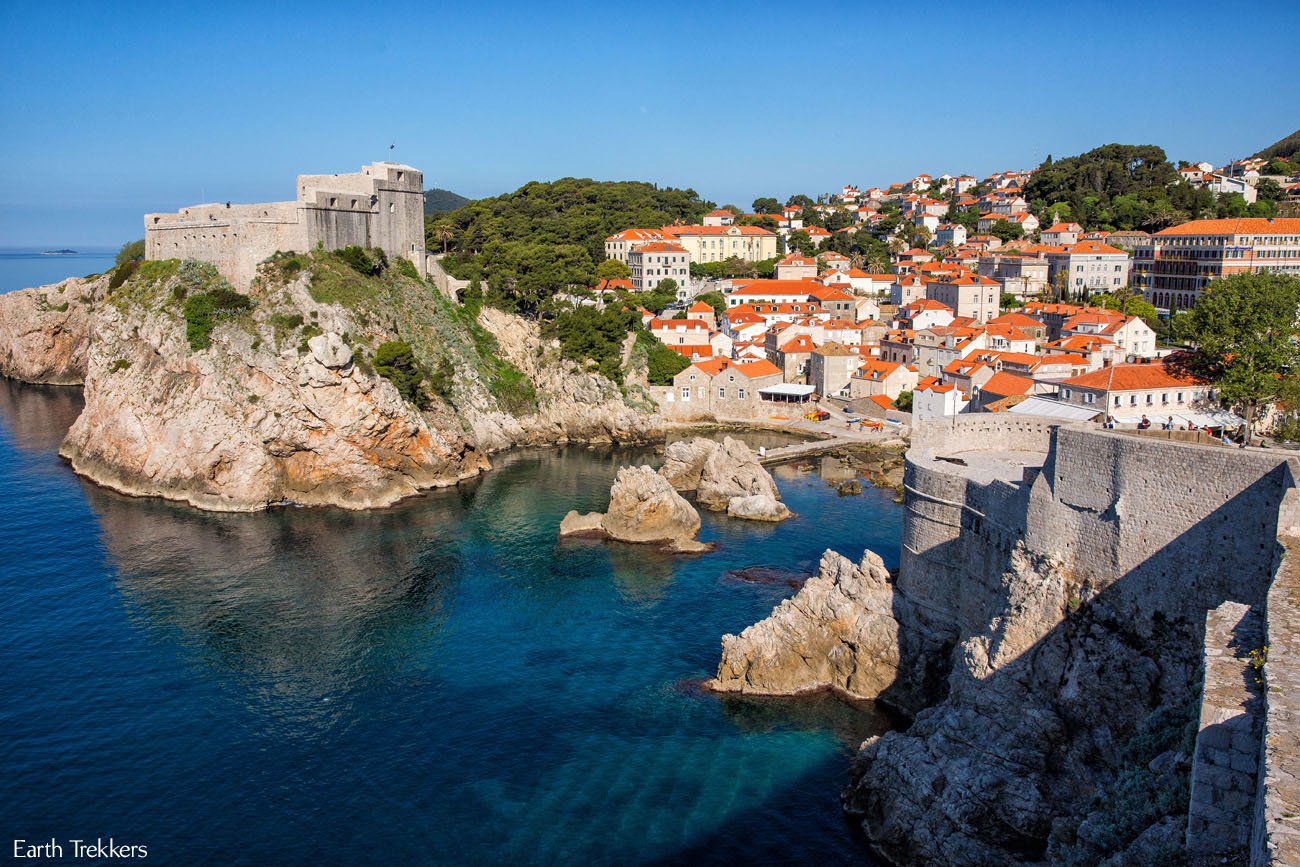 There are several cafes on the wall, the perfect place to stop for coffee or fresh juice and views like these. 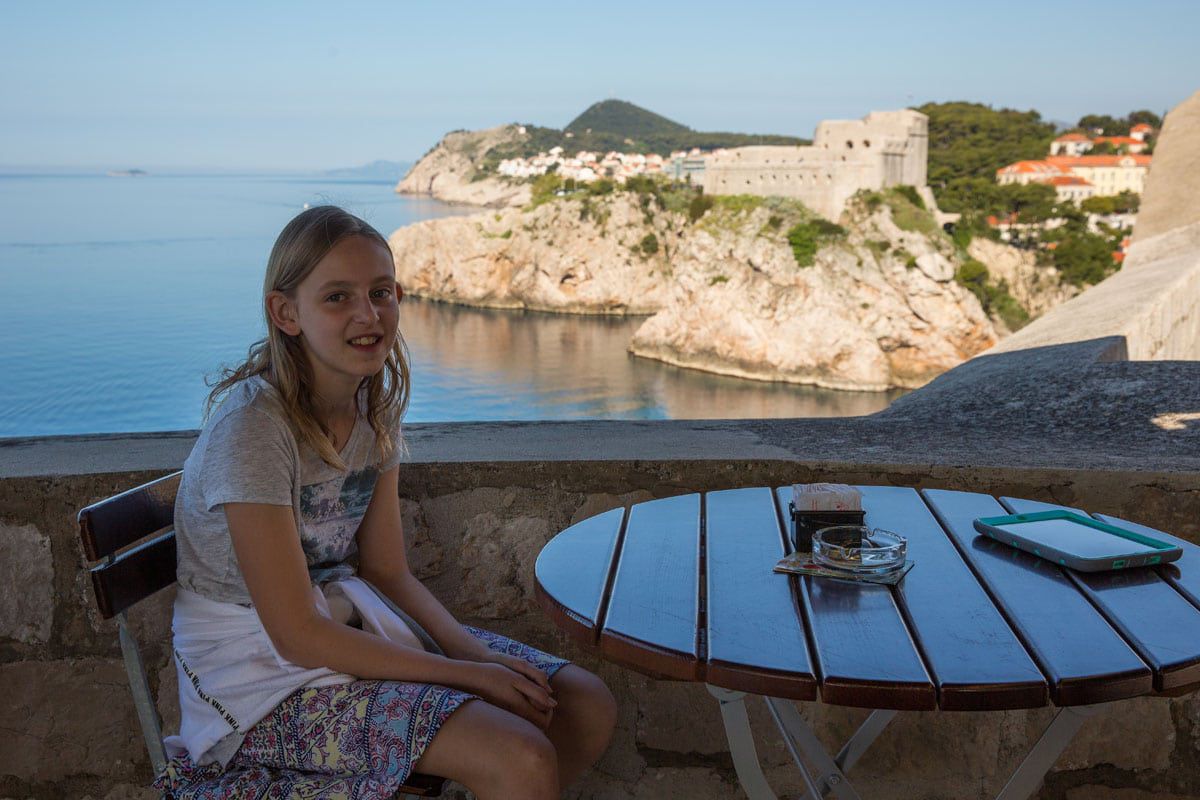 The view out to Lokrum Island. 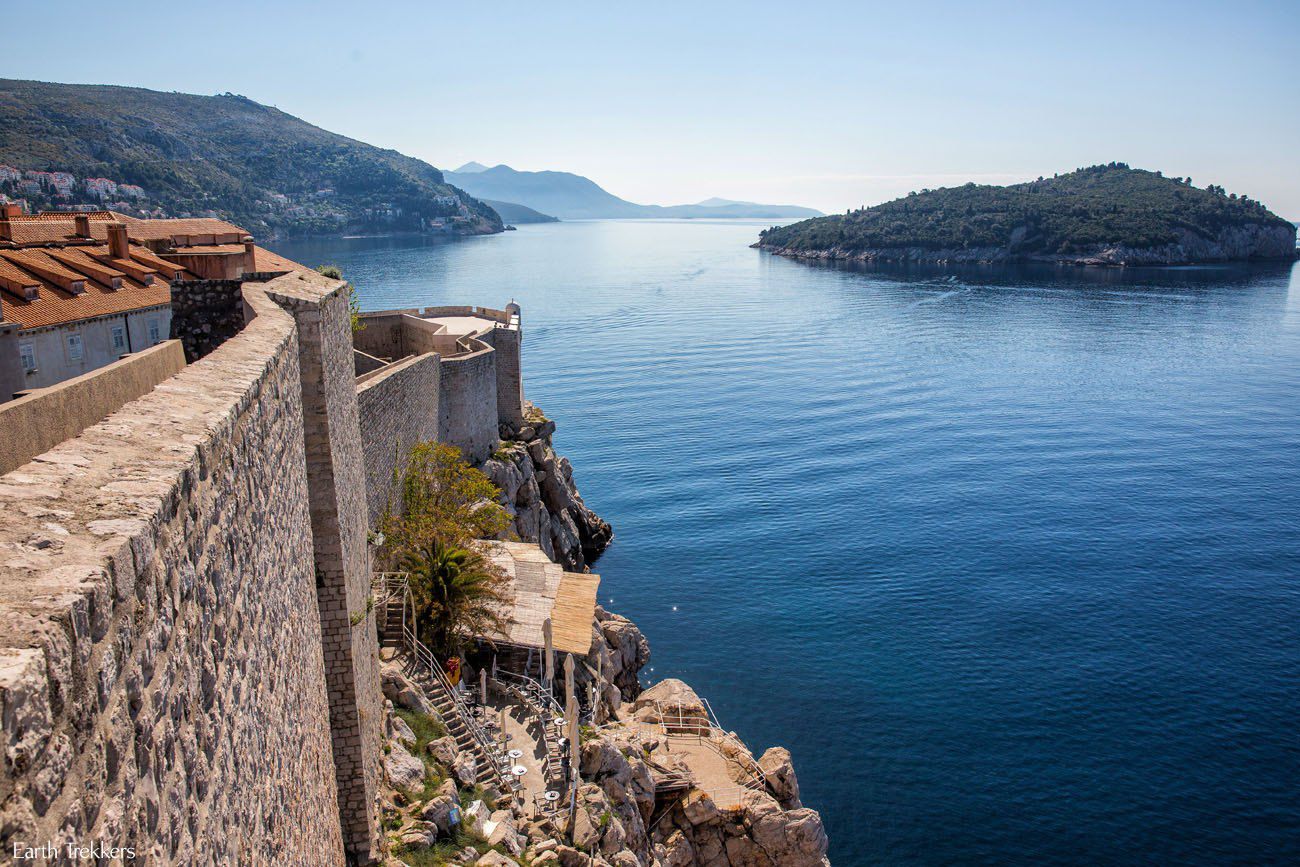 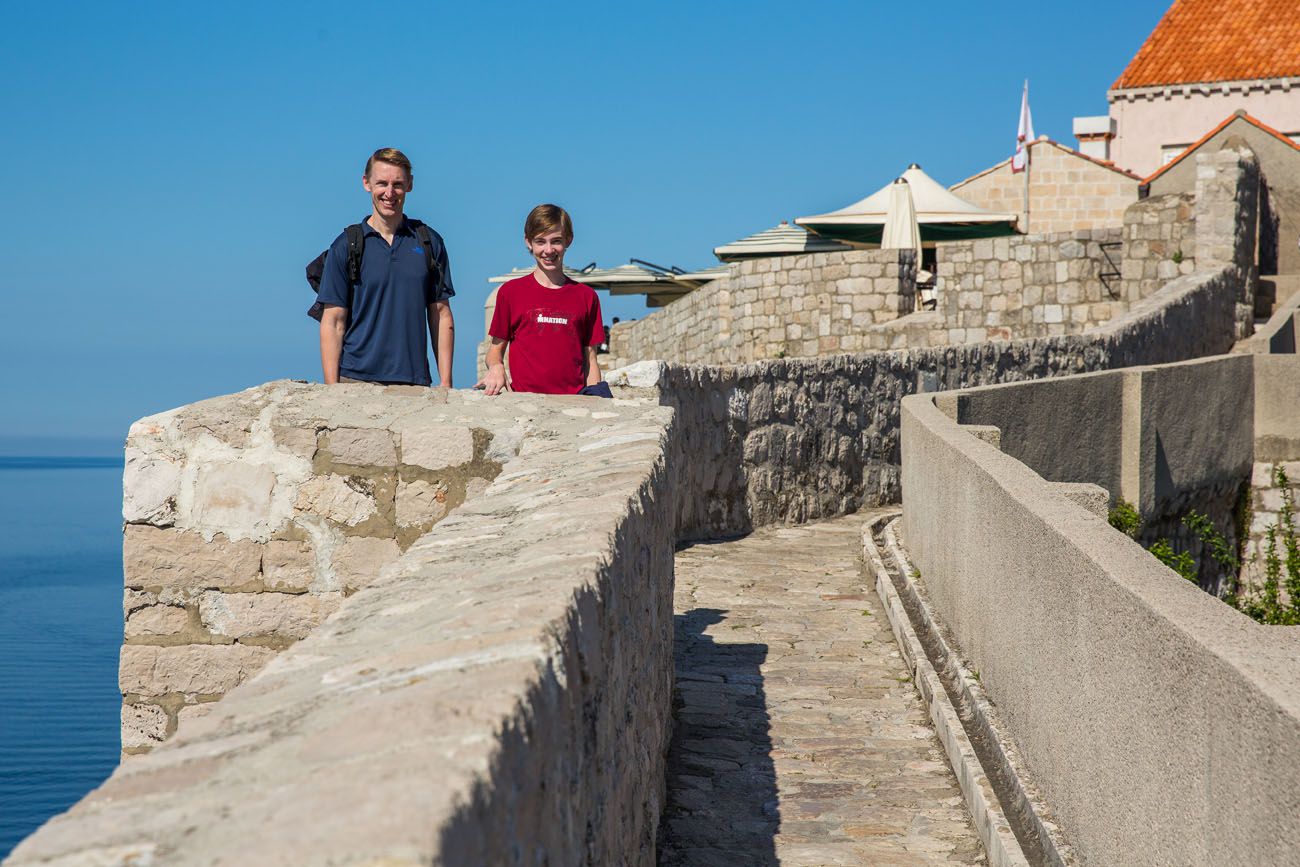 There are numerous spots for family photos along the wall, the perfect place to capture your kids being goofy. At least Tyler and Kara are enjoying themselves!! 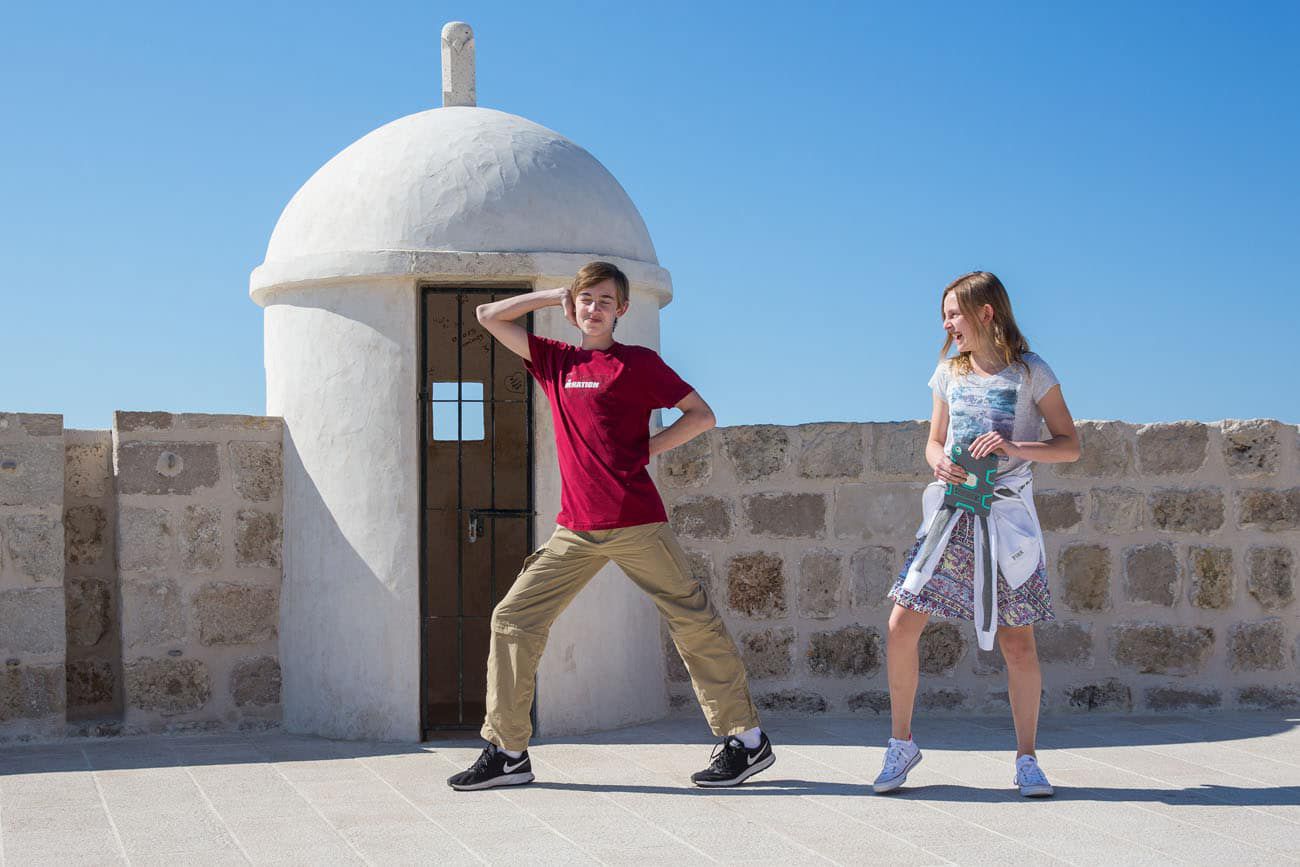 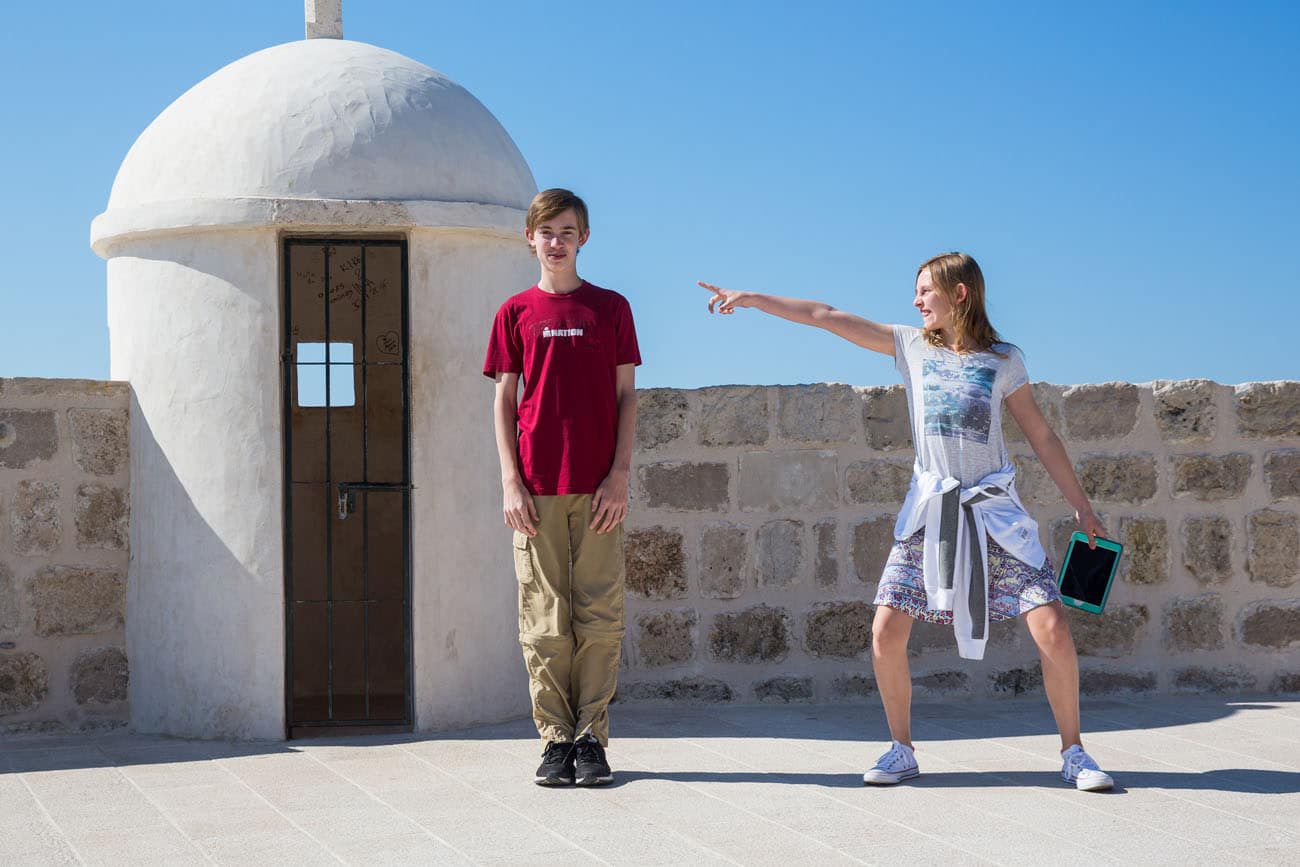 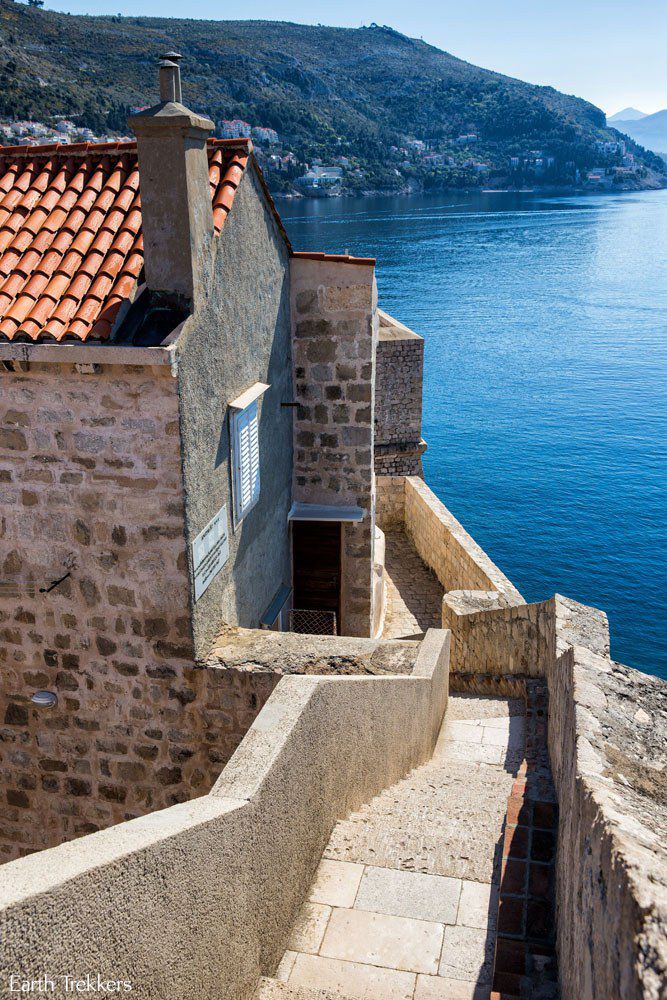 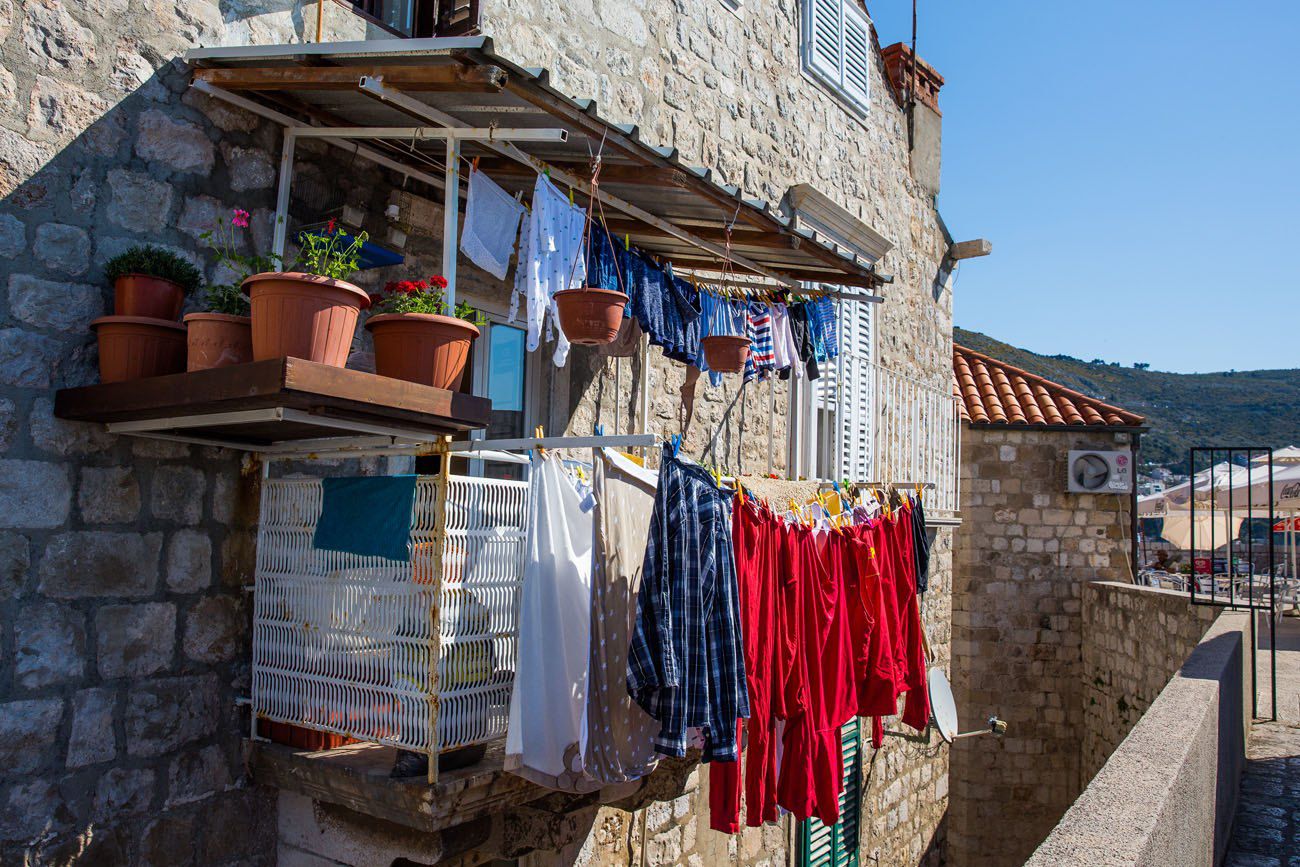 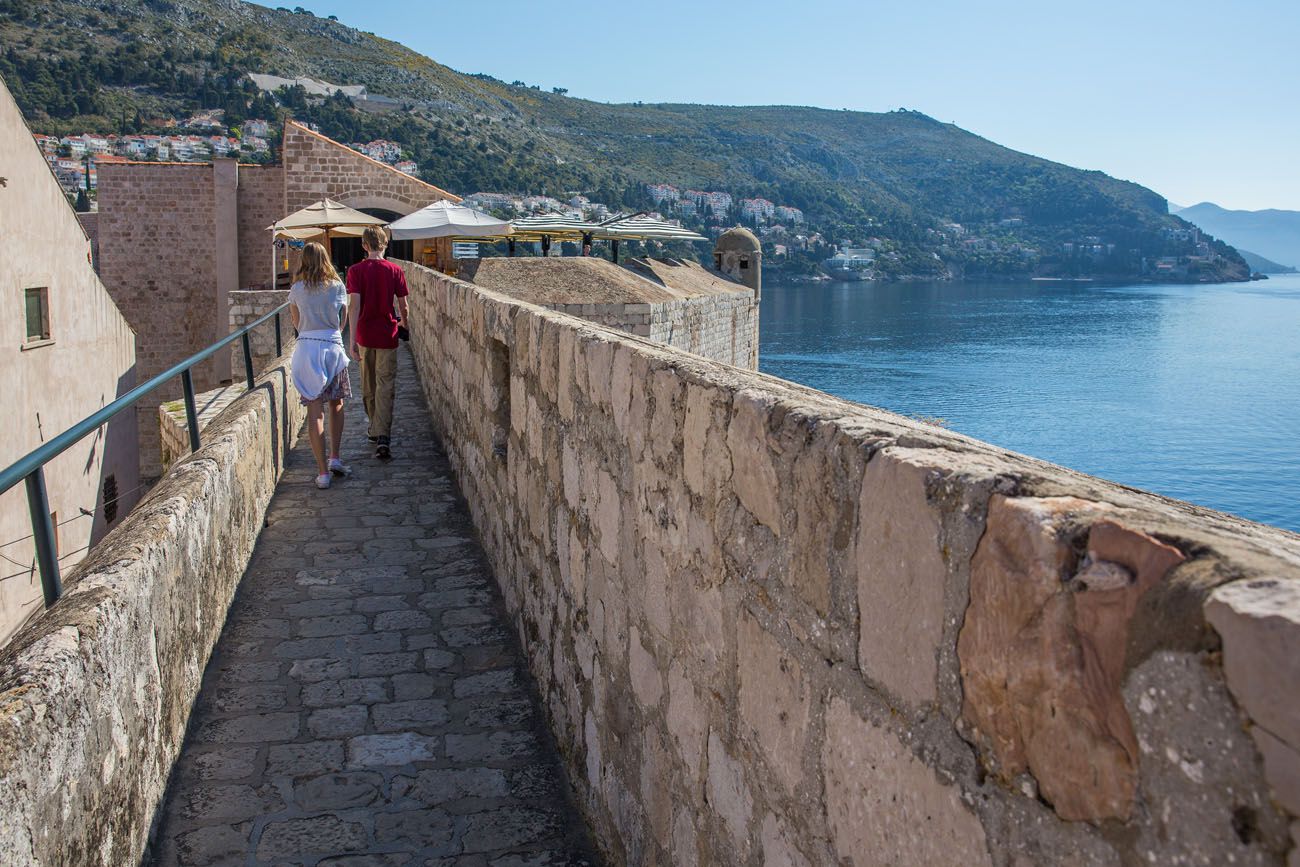 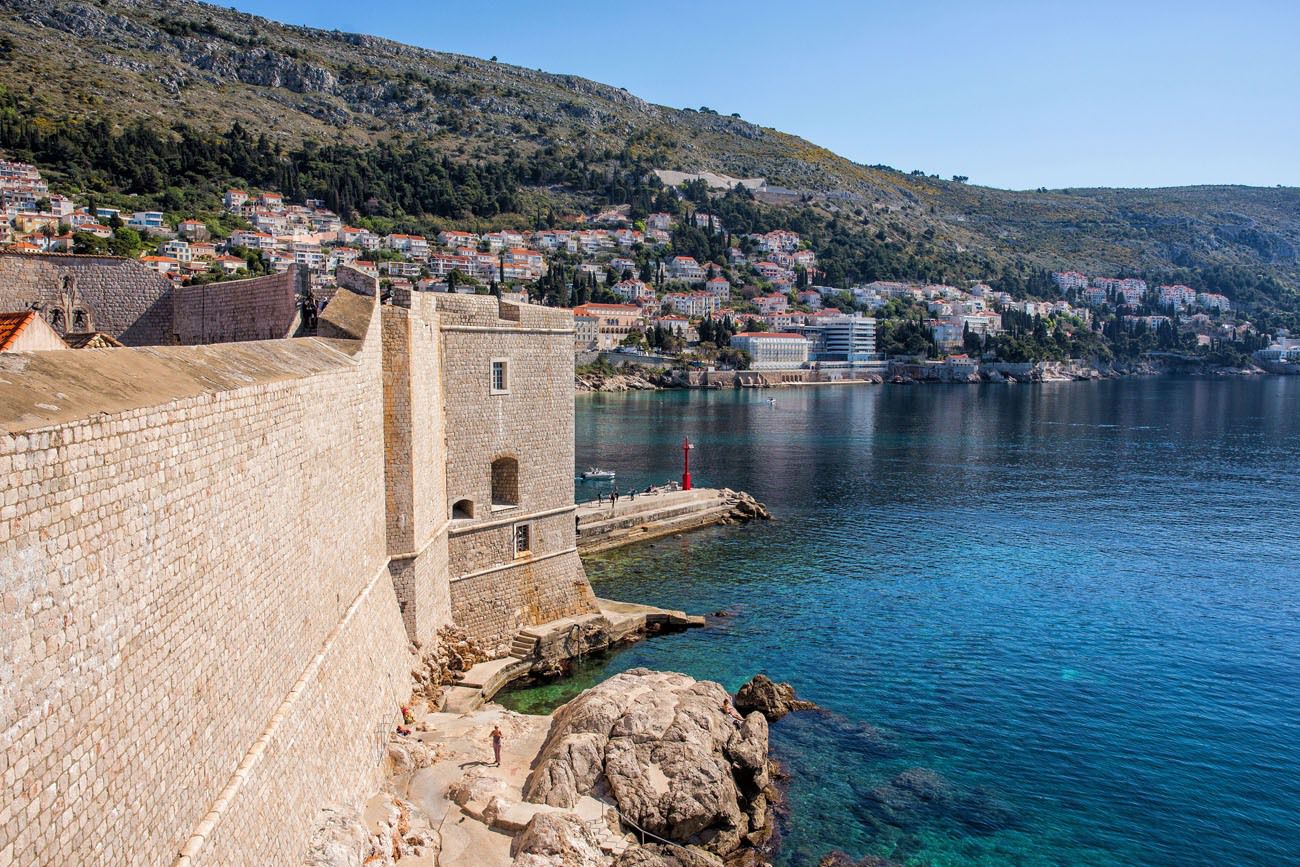 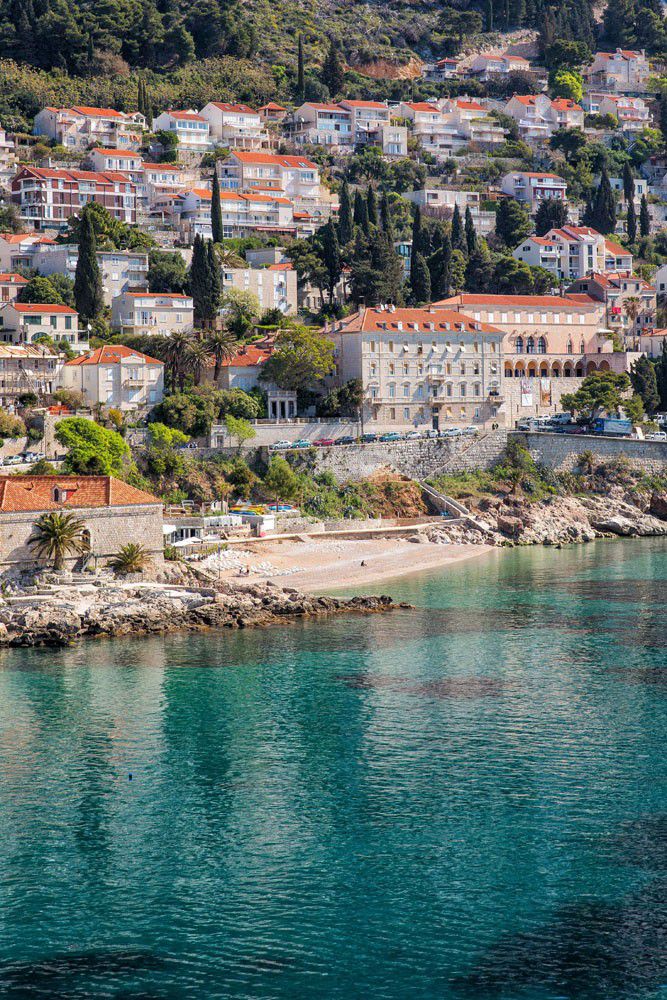 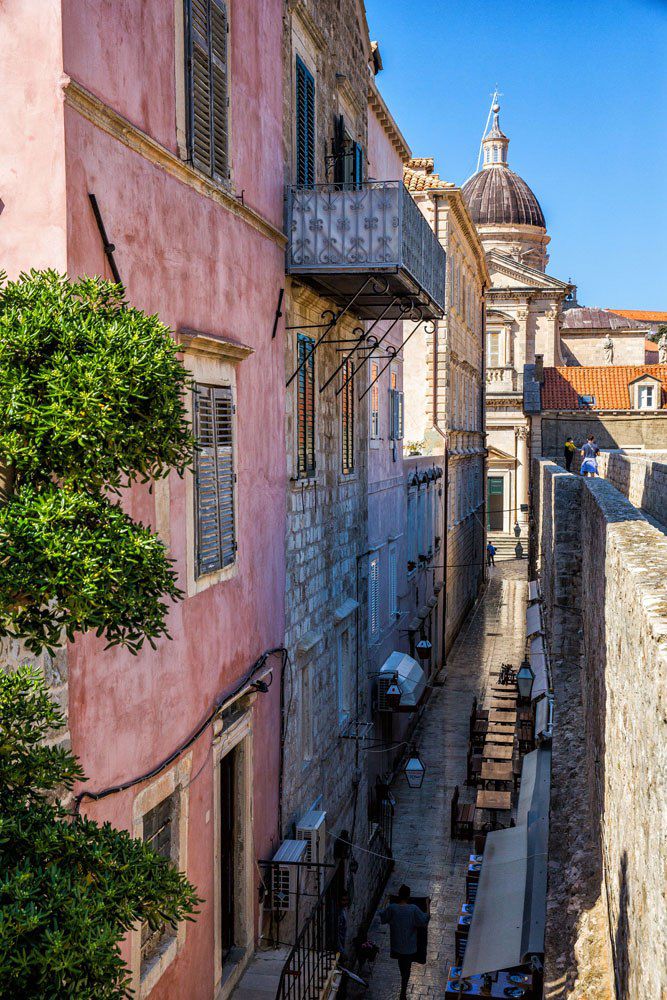 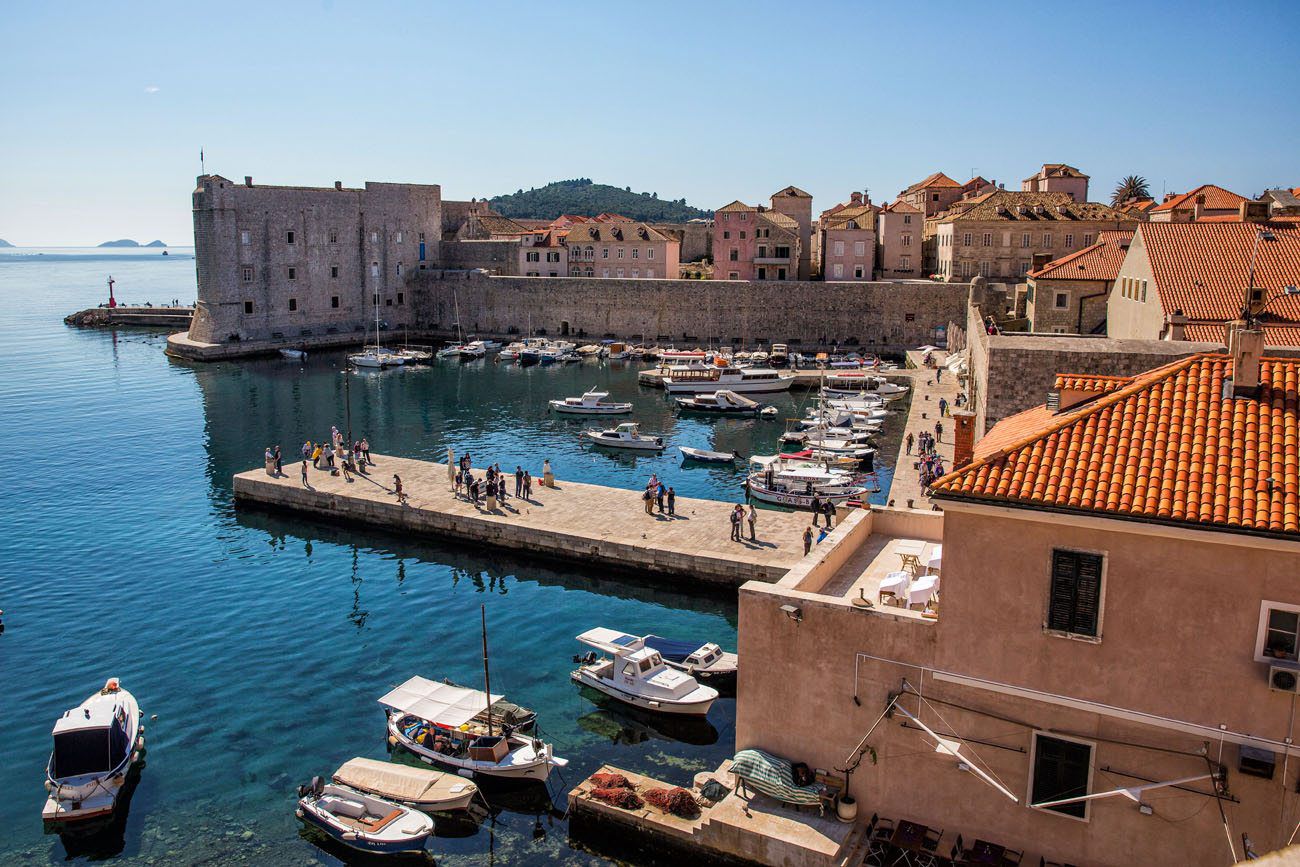 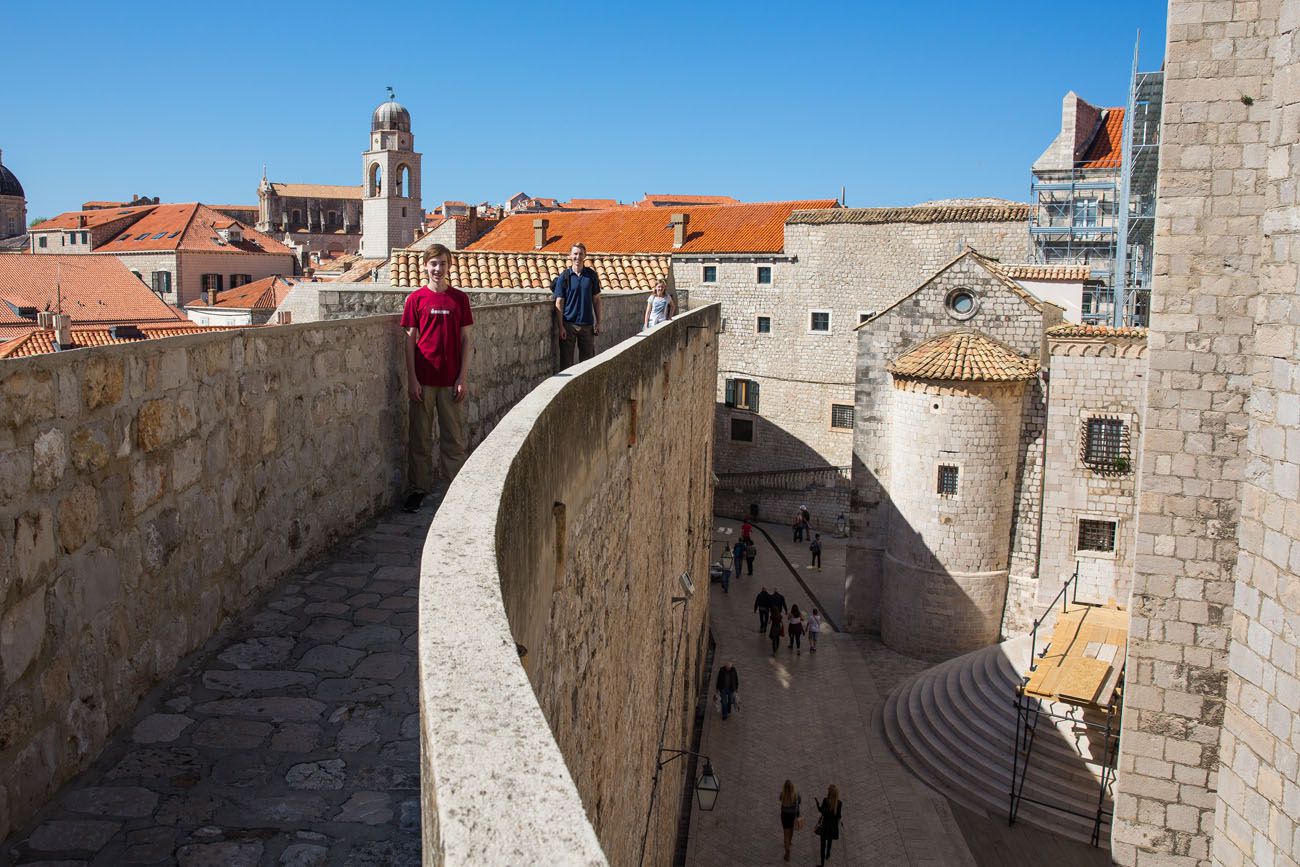 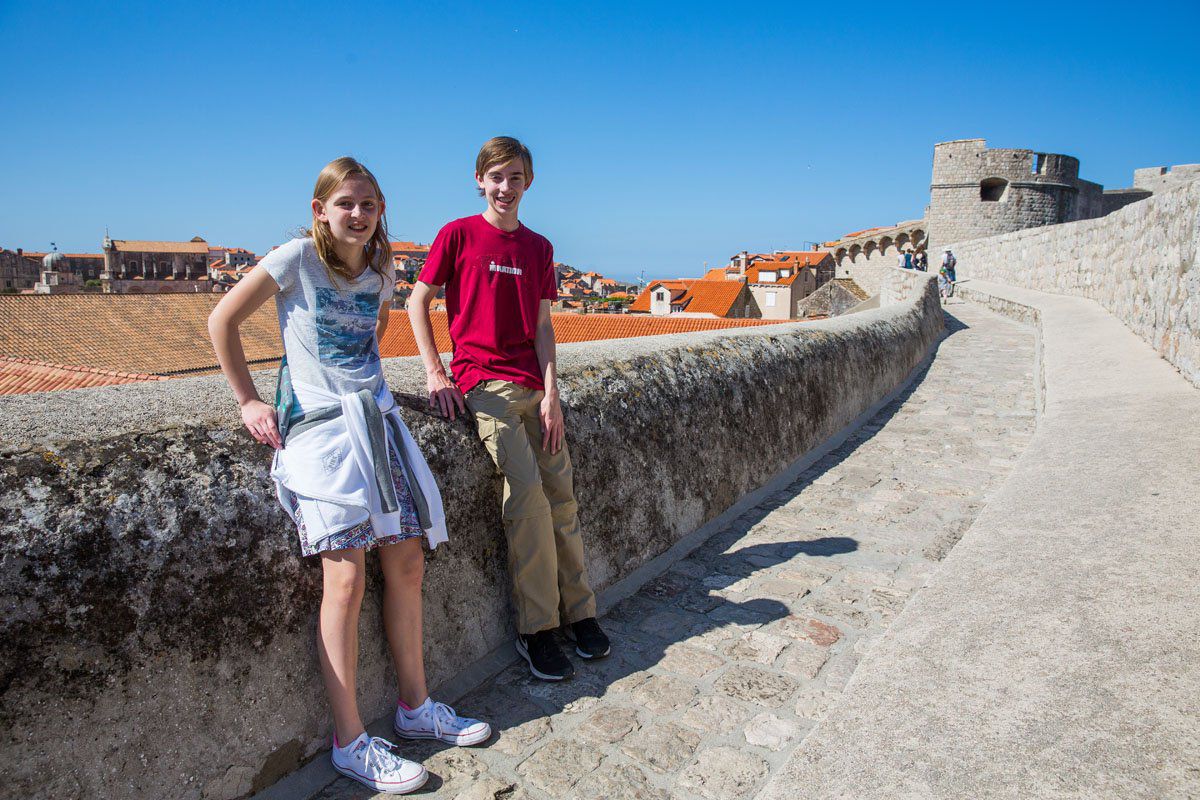 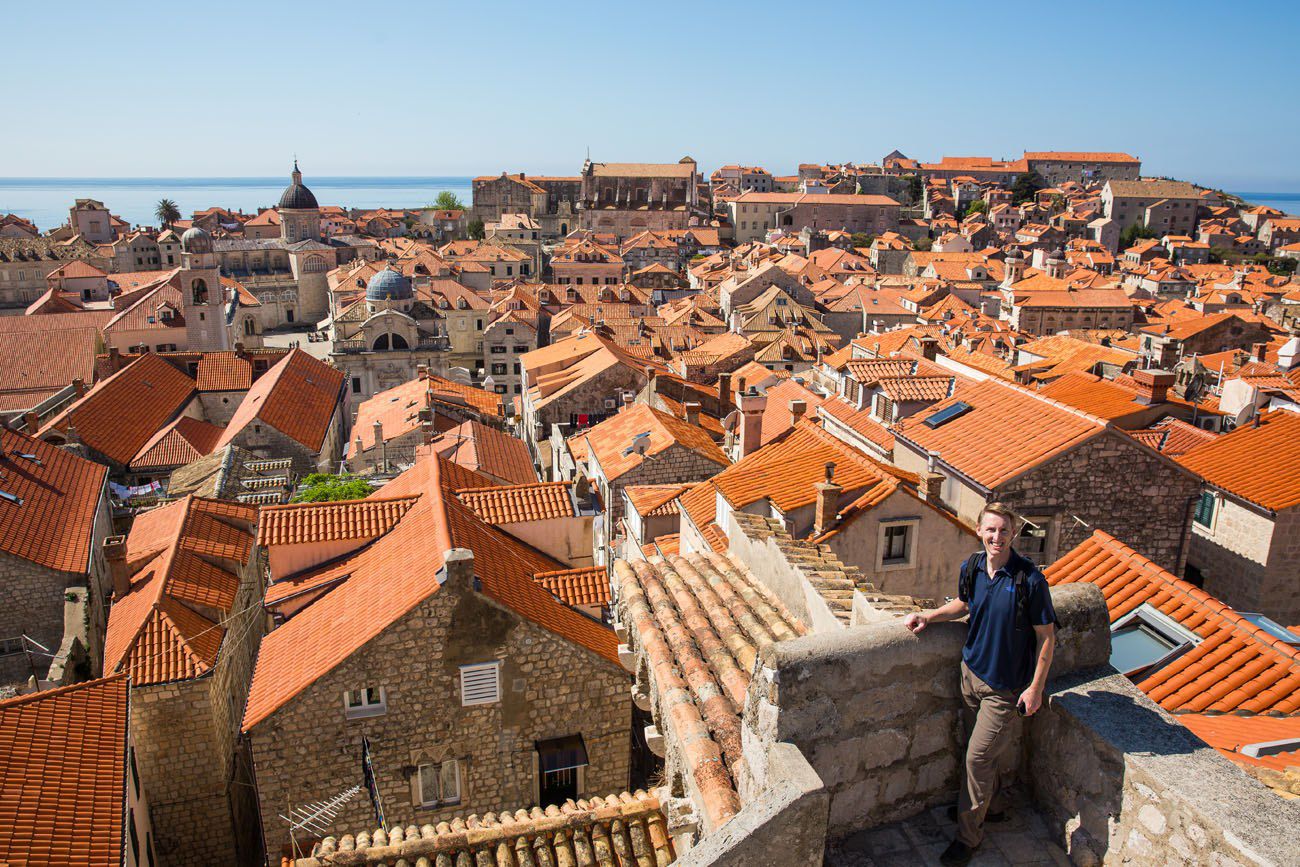 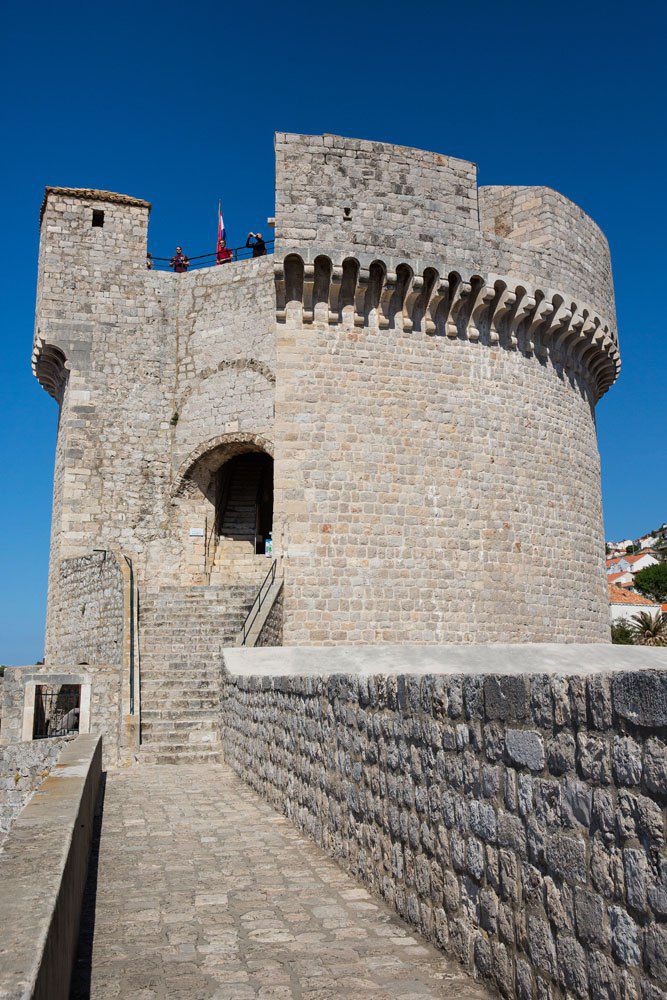 The view from the Minceta Tower, the highest point on the wall. 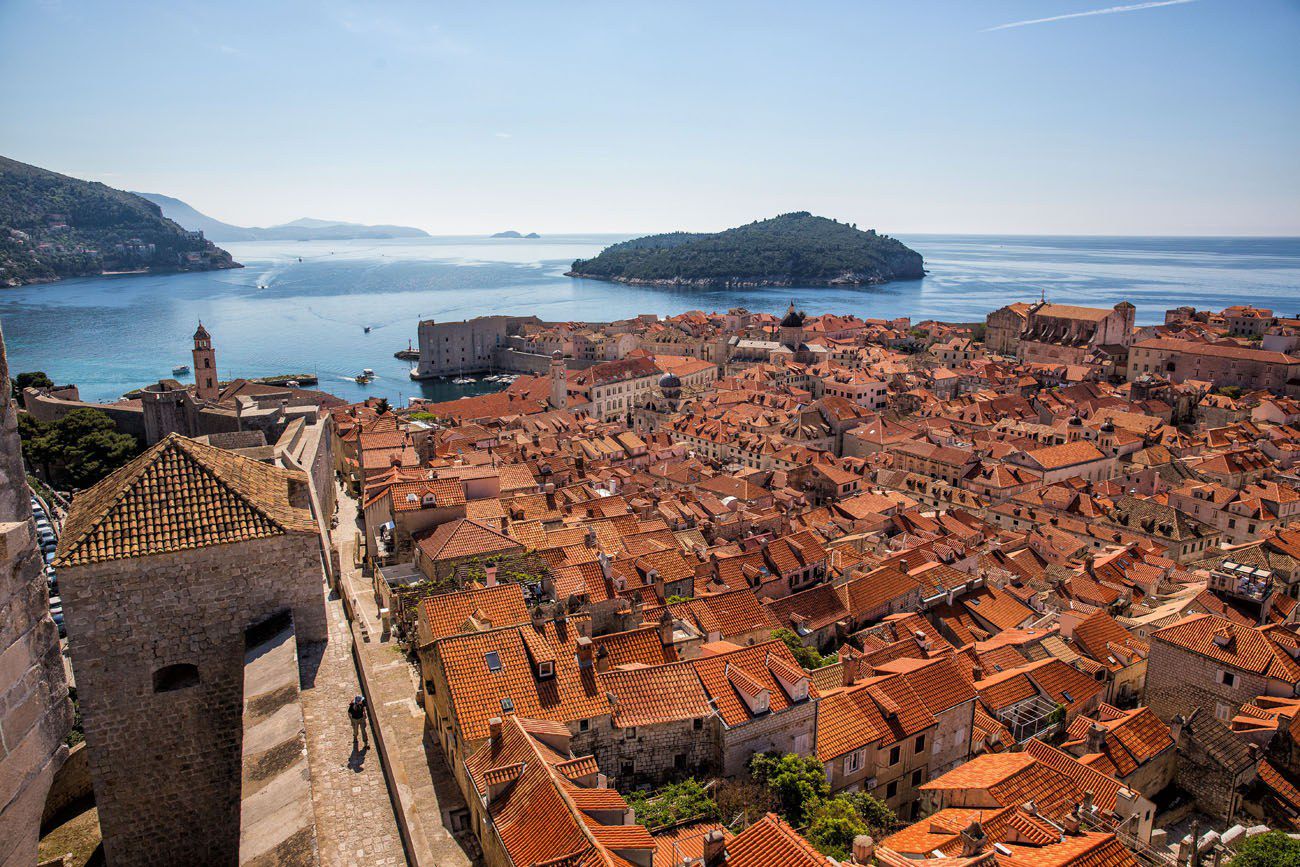 Final view of the Dubrovnik Wall, looking towards Pile Gate. 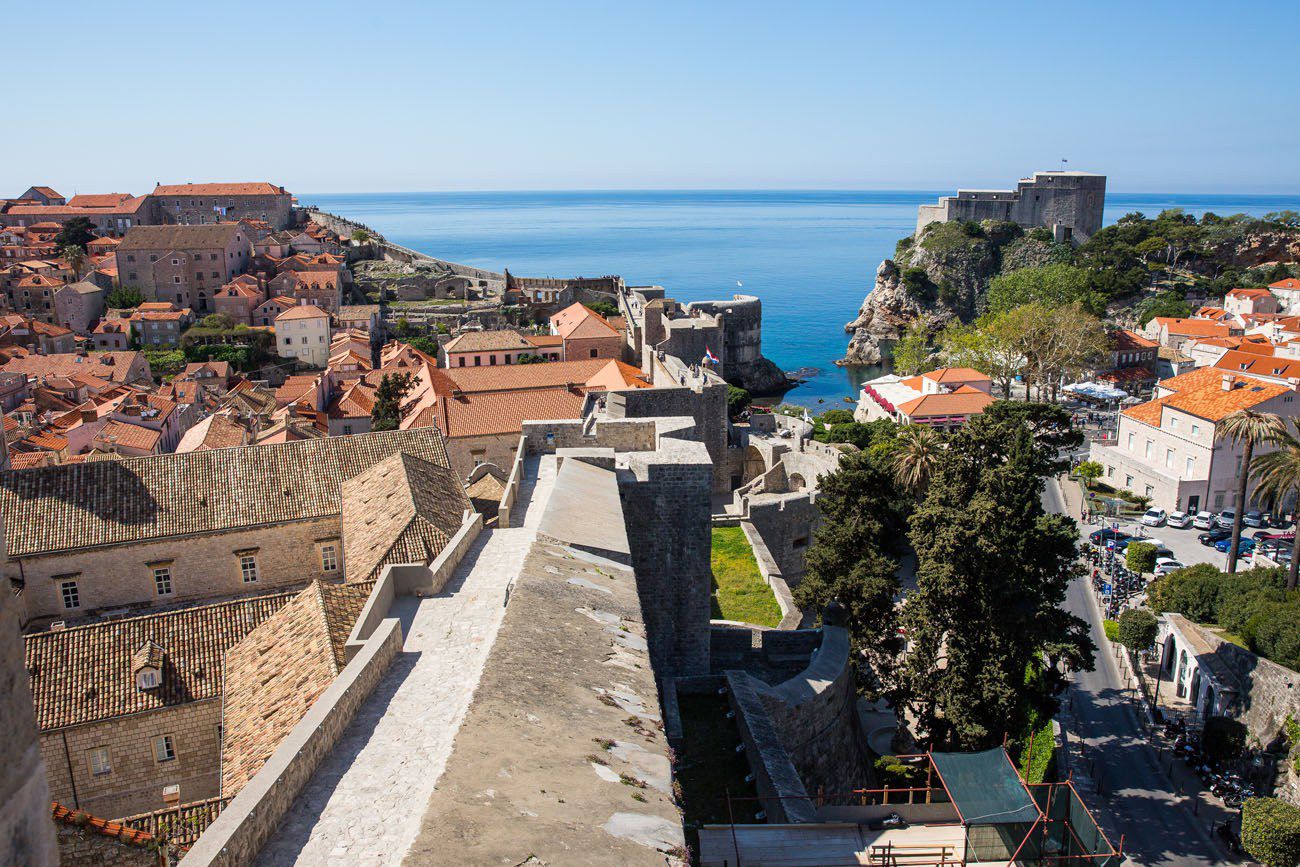 Starting the Walk. There are three places to start the walk on the Dubrovnik Walls: Pile Gate, by Fort St. Johns, and by Fort St. Luke on Od sv. Dominika Street. Most people start the walk from Pile Gate (so did we). The walls can only be walked in a counter-clockwise direction.

How long does it take? Plan on 1 to 2 hours to walk the Dubrovnik Walls. It took us almost two hours, including our pitstop at one of the cafes on the wall.

Opening Hours and Ticket Prices. The entrance fee is 200 HRK and includes a visit into Lovrijenac Fortress the same day. Hours vary depending on the season. During the summer months, the walls are open from 8 am to 6:30 pm, with slightly longer hours in June and July. Click here for updated information regarding hours of operation and ticket prices.

Visiting in June, July, or August. The summer months are peak season in Dubrovnik. Expect large crowds and queues to get onto the wall. Midday, temperatures can soar, so bring lots of water (and patience). Get here early or late in the day to minimize crowds.

Dubrovnik in April. We toured Croatia during the month of April. I was concerned about being here in the off-season, but it was awesome!! Crowds were low, restaurants were open, temperatures were 70°F (21°C), and evenings were a little chilly. It’s not ideal weather to go to the beach, however, it was wonderful not having to deal with large crowds of people. May and September are also great months to visit Dubrovnik if you want to avoid the crowds.

Where We Stayed. We stayed at the Villa Ani Apartments, just a 5 minute walk from Pile Gate. This place is awesome, especially for families. We had a penthouse apartment (apartment Ariel) with two bedrooms, one bathroom, a full kitchen and living area. From our windows we could look out over the Dubrovnik Walls and Lovrijenac Fortress. This place was perfect and without a doubt we would stay here again.

More Information for Your Trip to Croatia:

Planning a trip to Croatia? Read all of our articles in our Croatia Destination Guide. 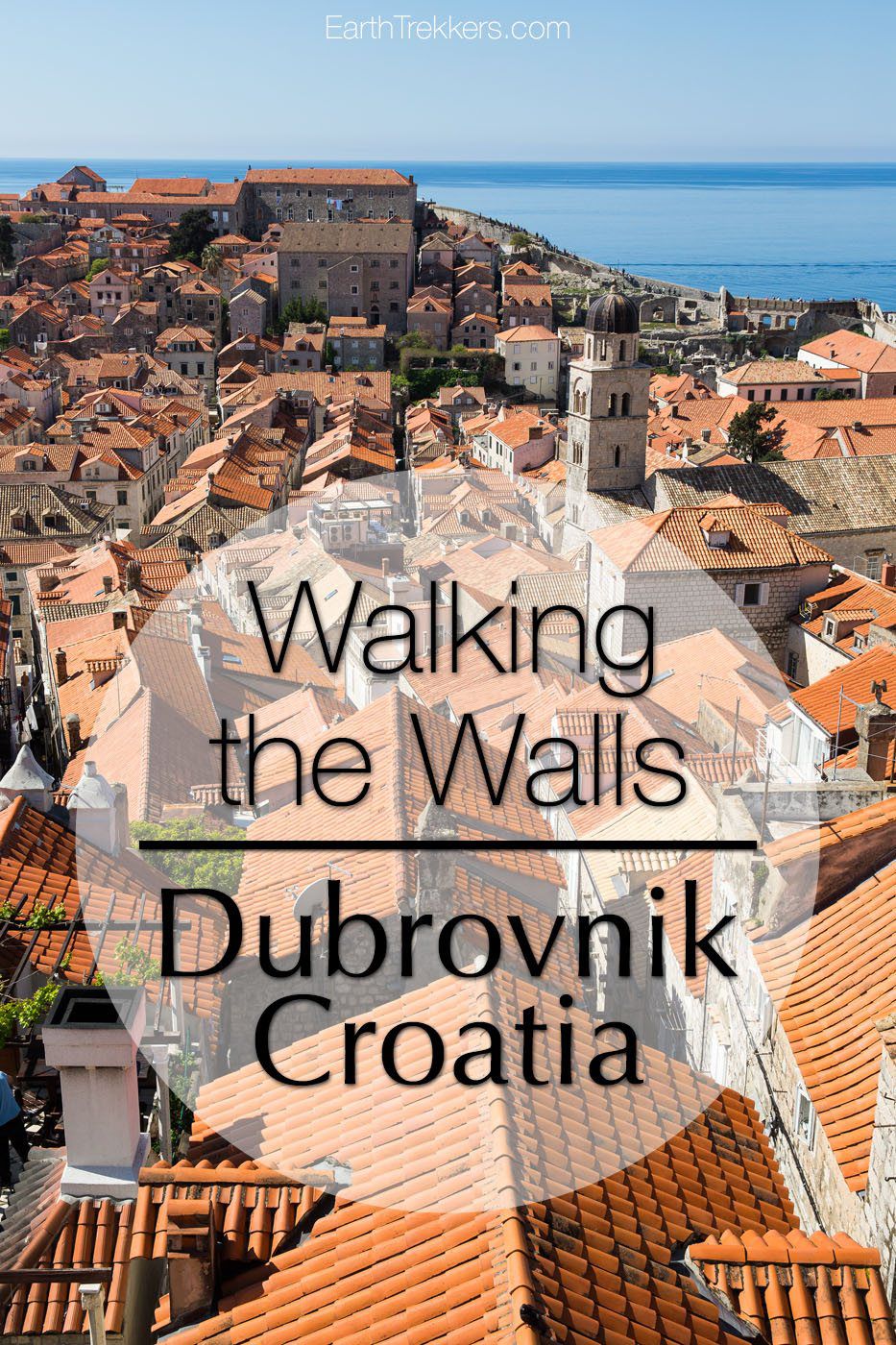 View Open
Is Budapest, Hungary on your travel wish list for