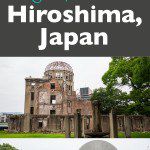 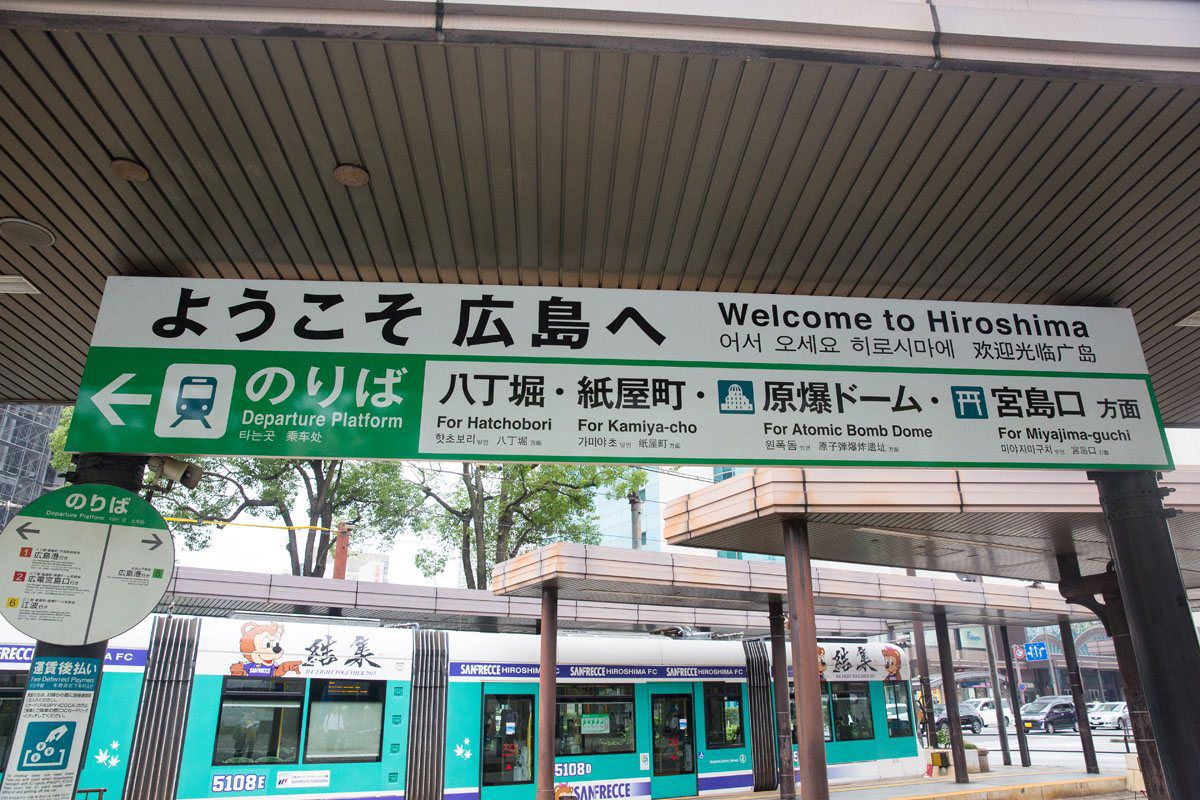 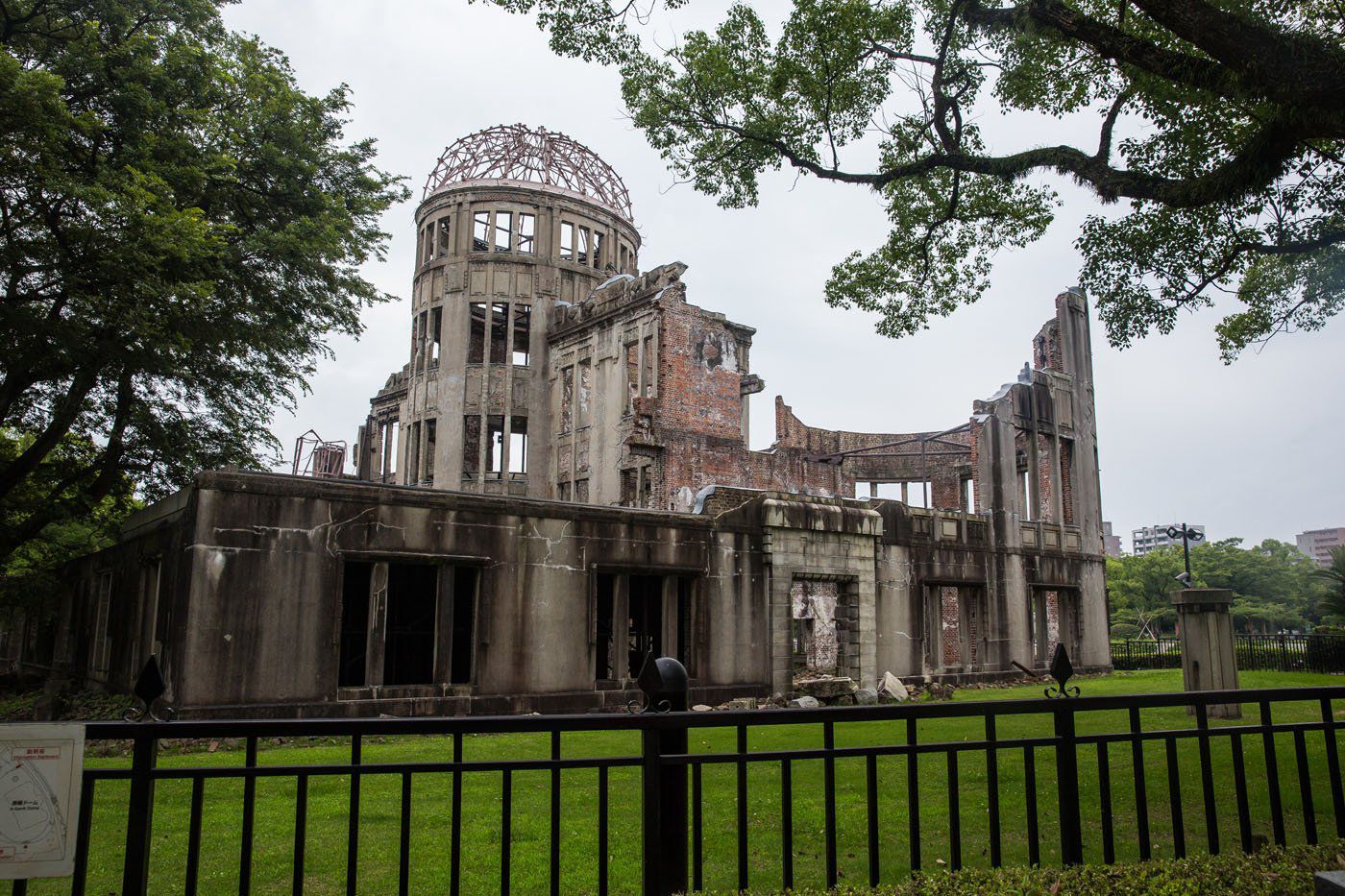 Now the Atomic Bomb Dome sits behind a fence and is surrounded by green grass and trees. Highrises tower in the distance, people are going about their normal lives, and other than seeing this building, I never would have imagined the level of destruction that existed here over seventy-five years ago. 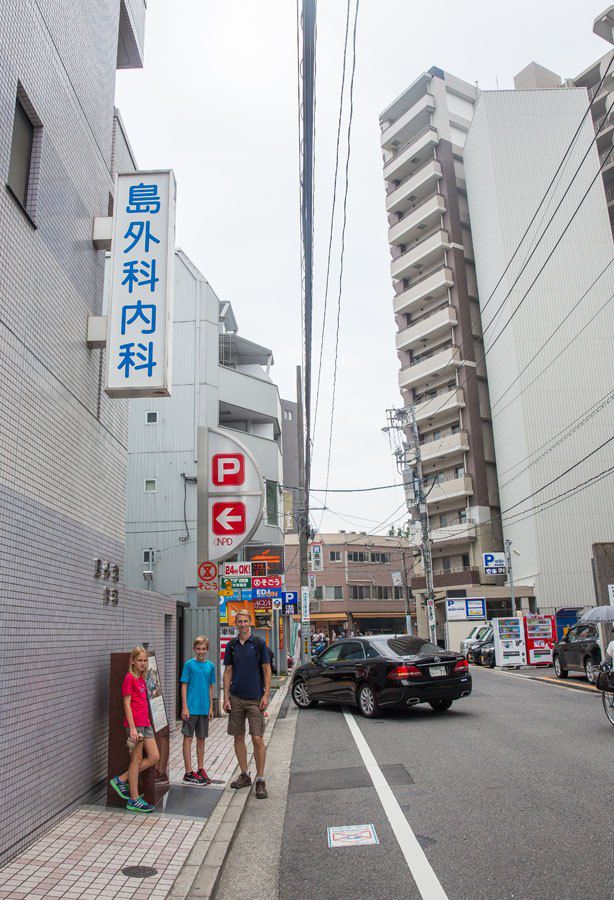 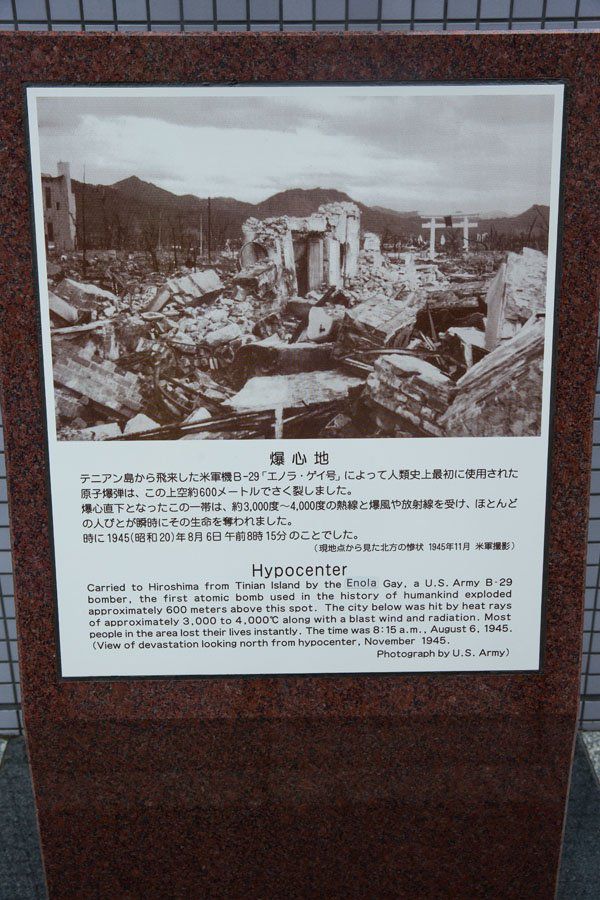 Finding the Hypocenter.  If you are trying to find the hypocenter, look for Shimasjukhuset, a medical clinic, and the monument is located on the street right in front of the building. 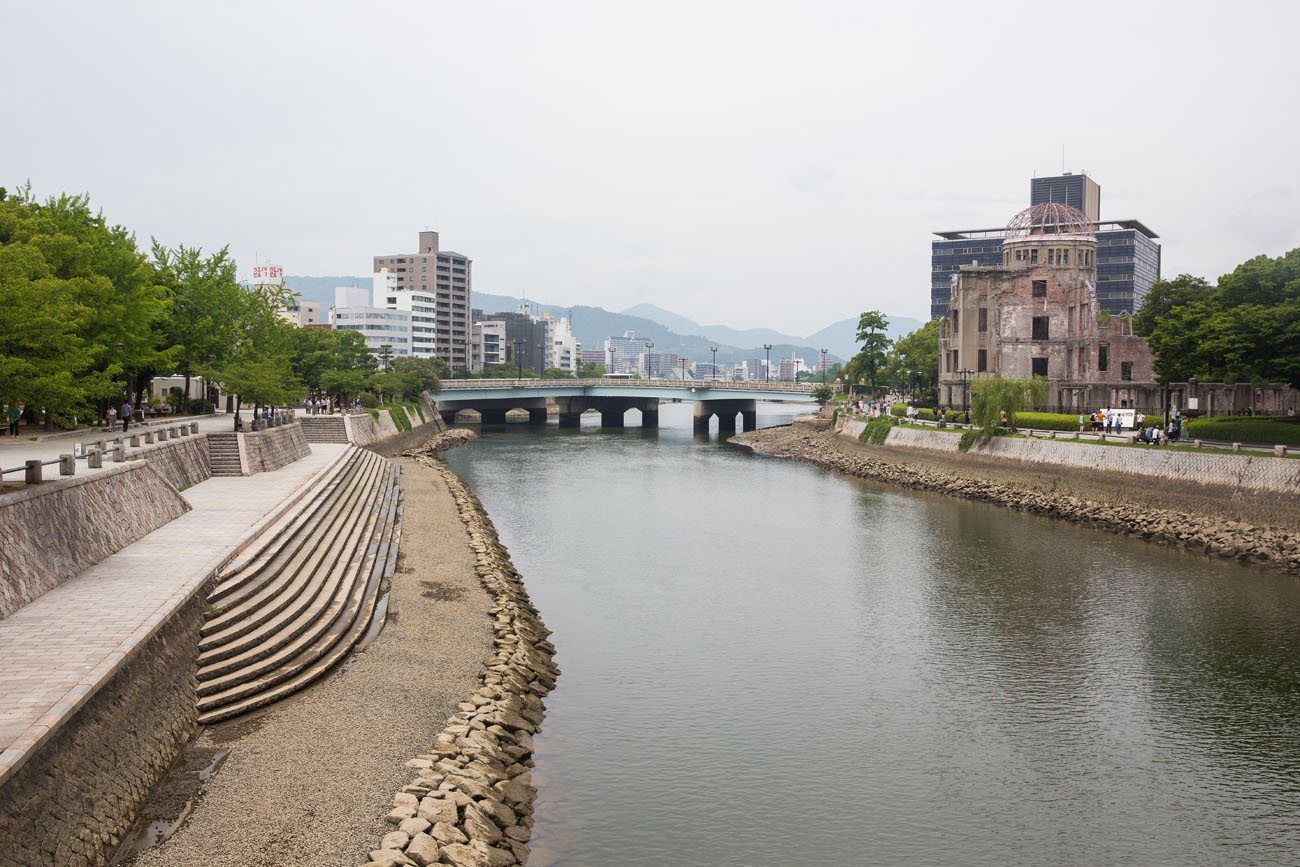 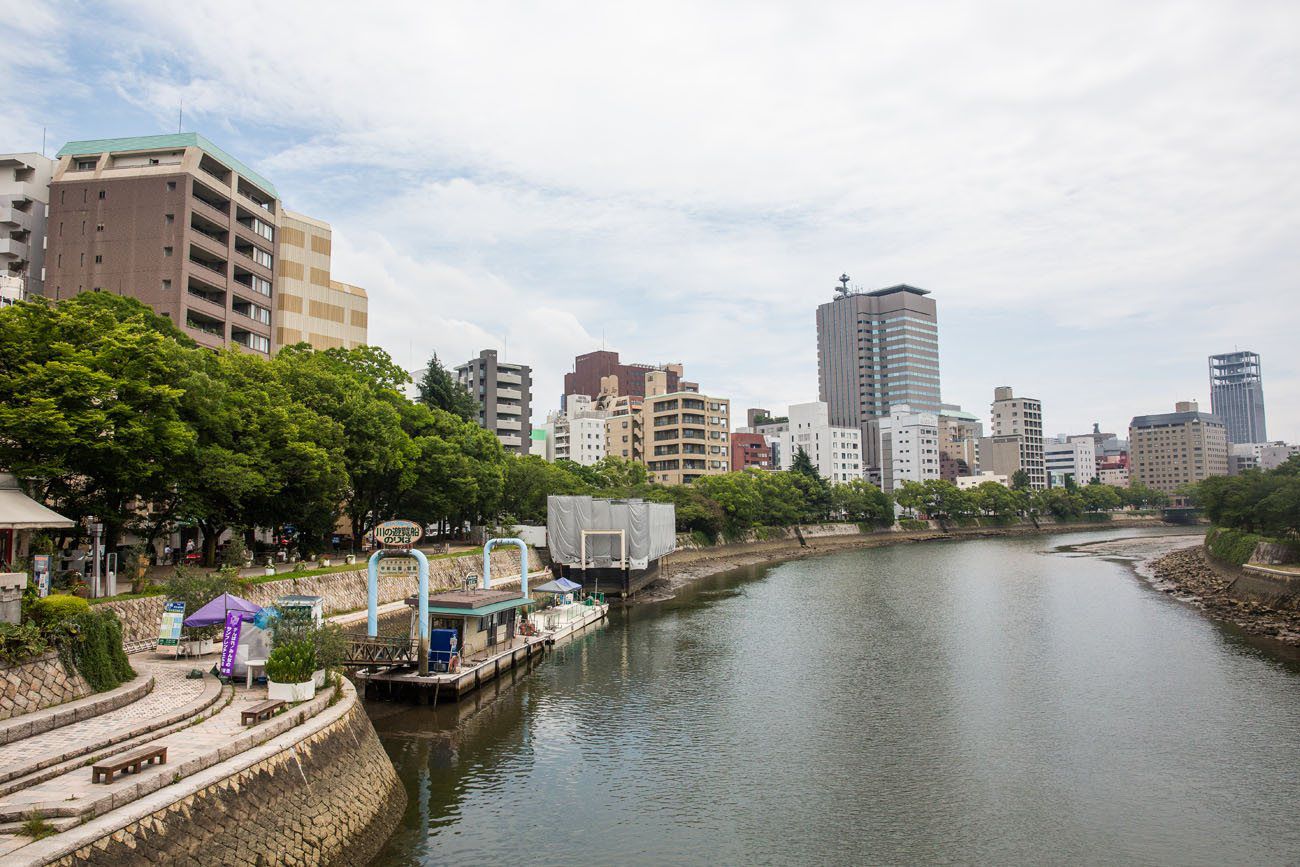 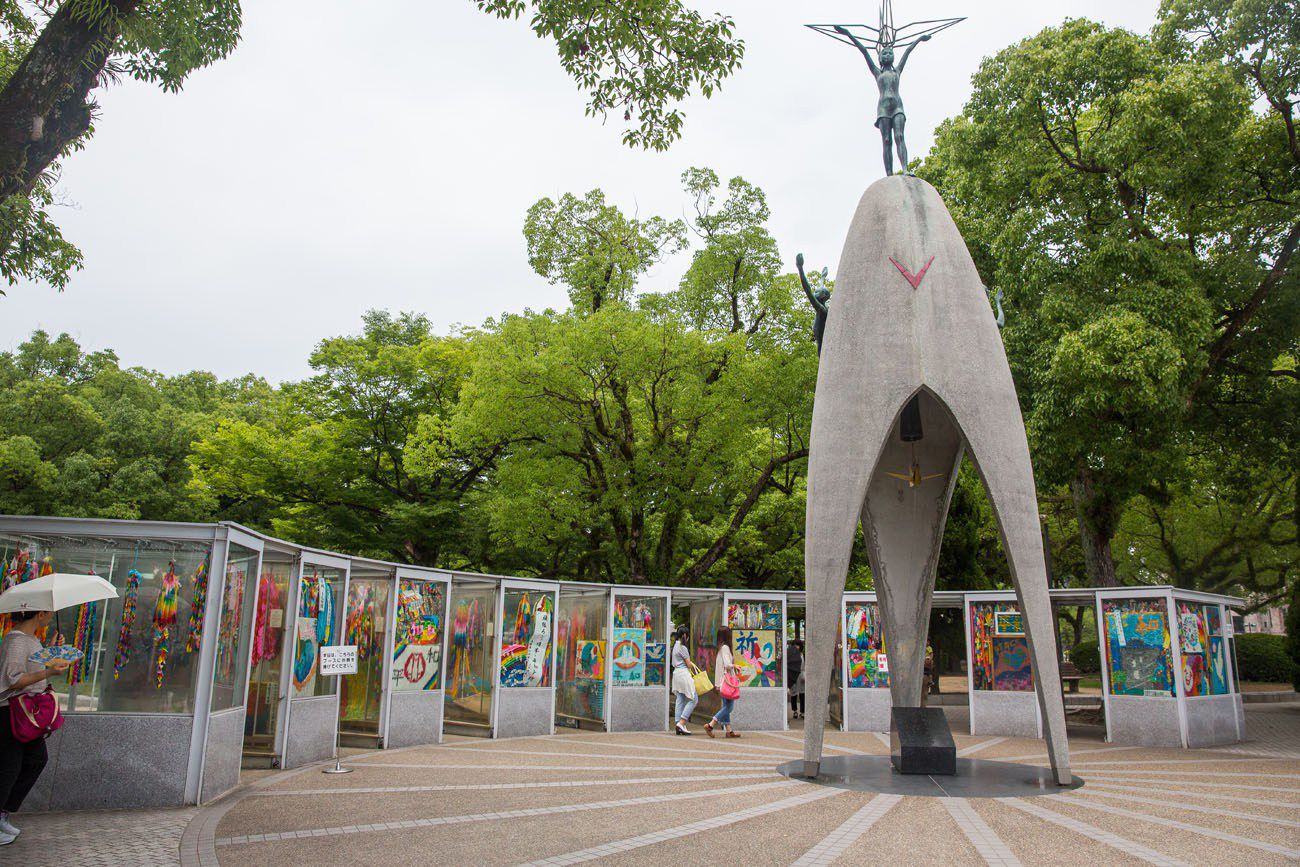 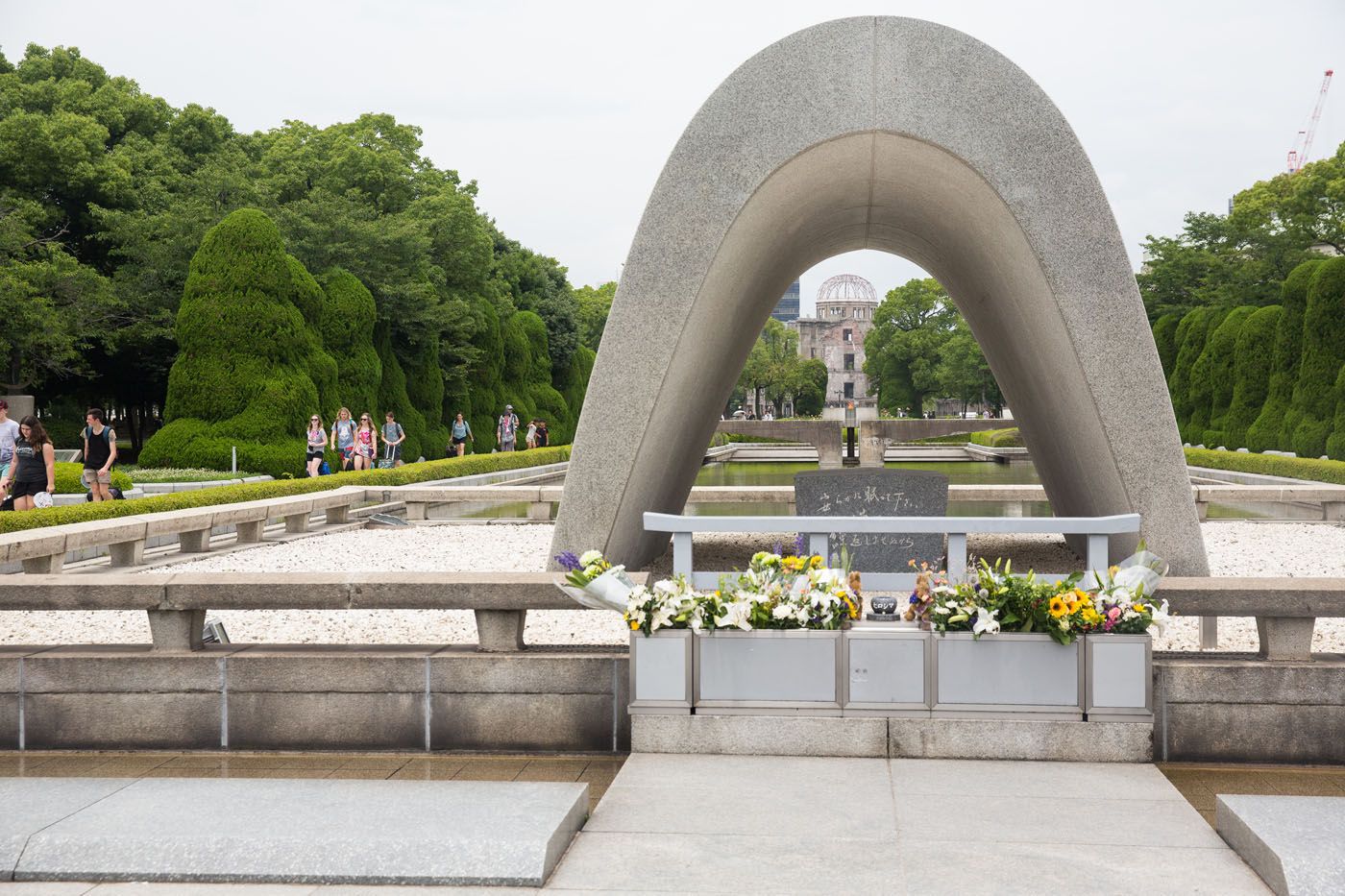 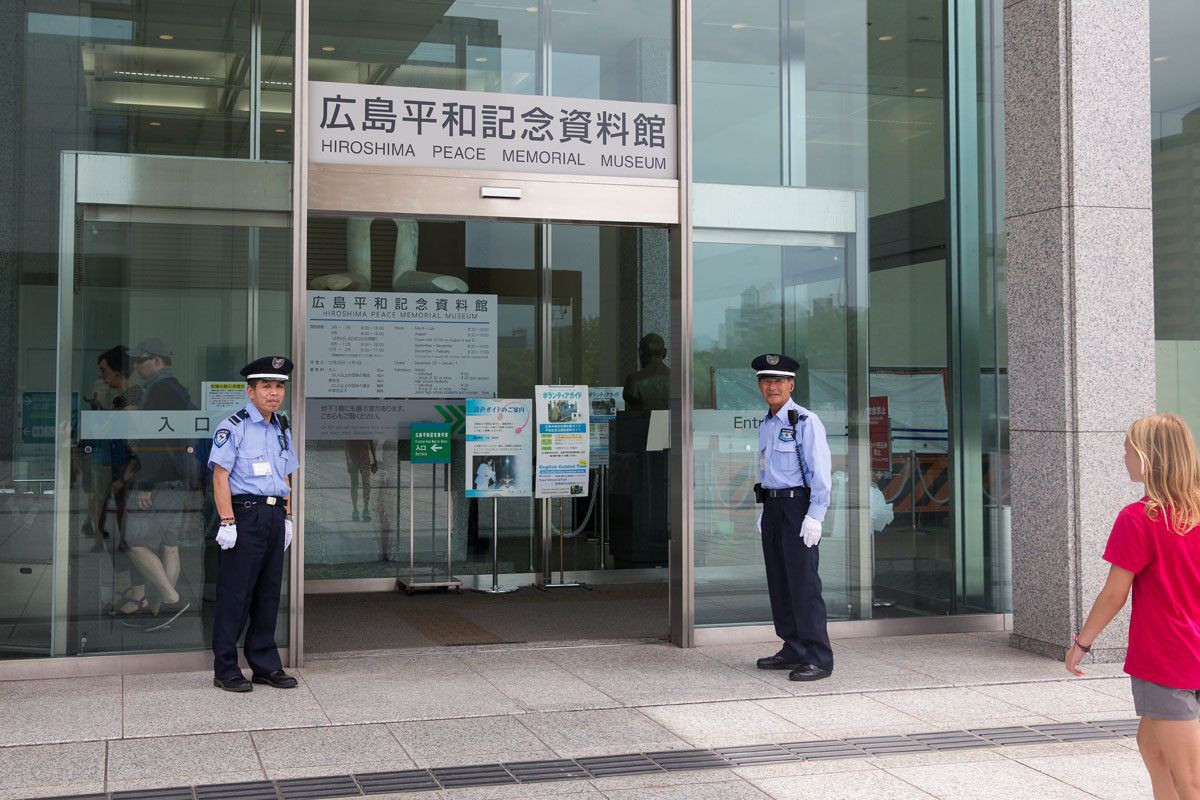 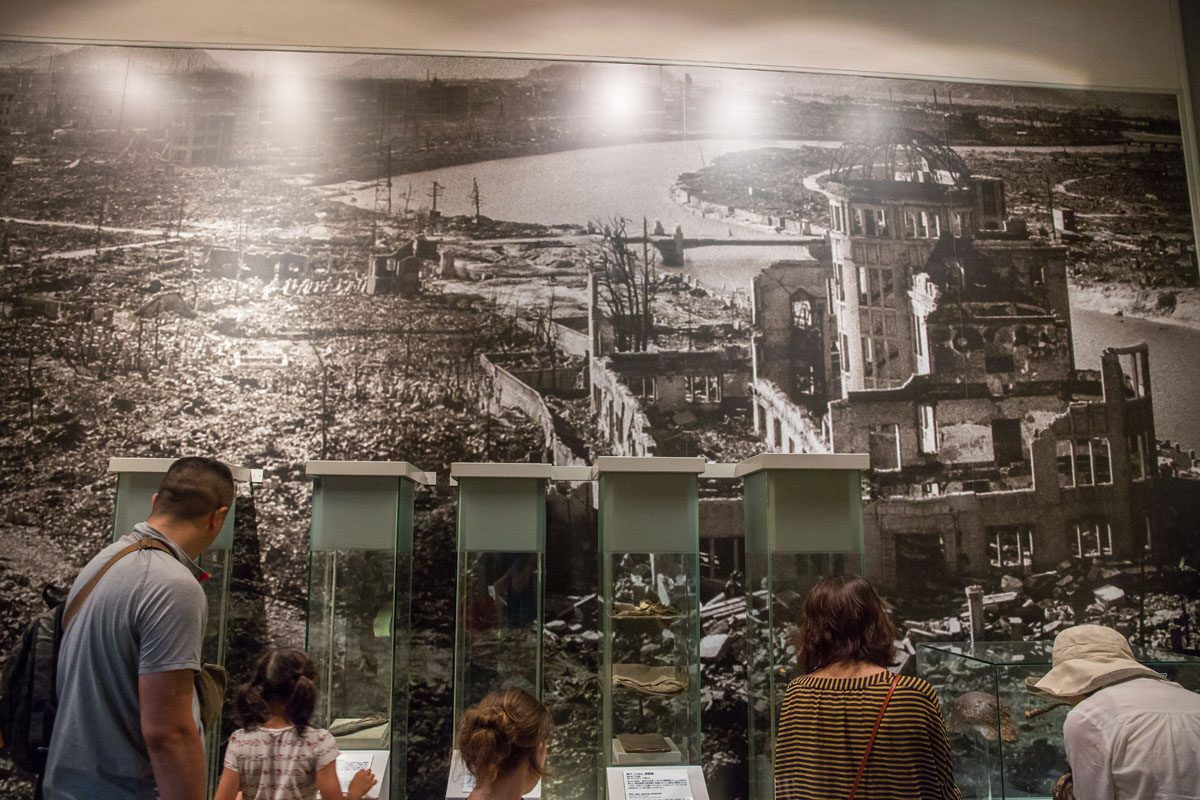 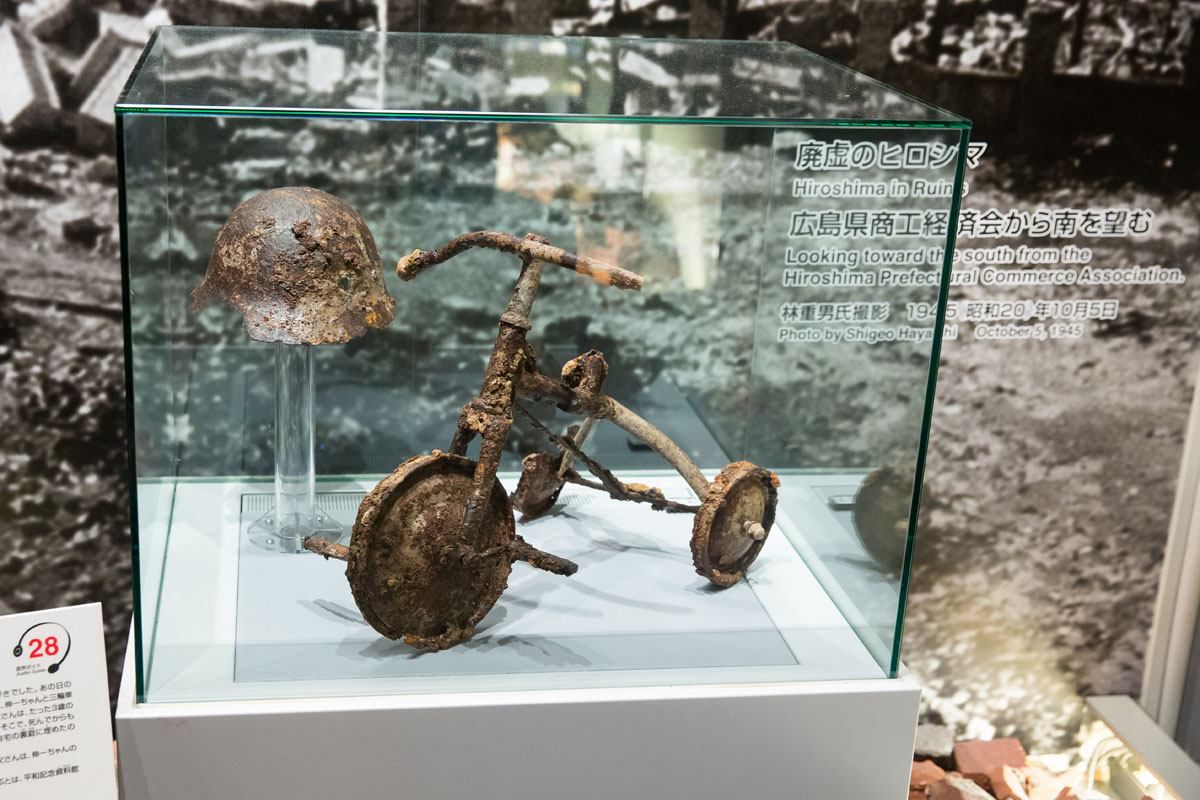 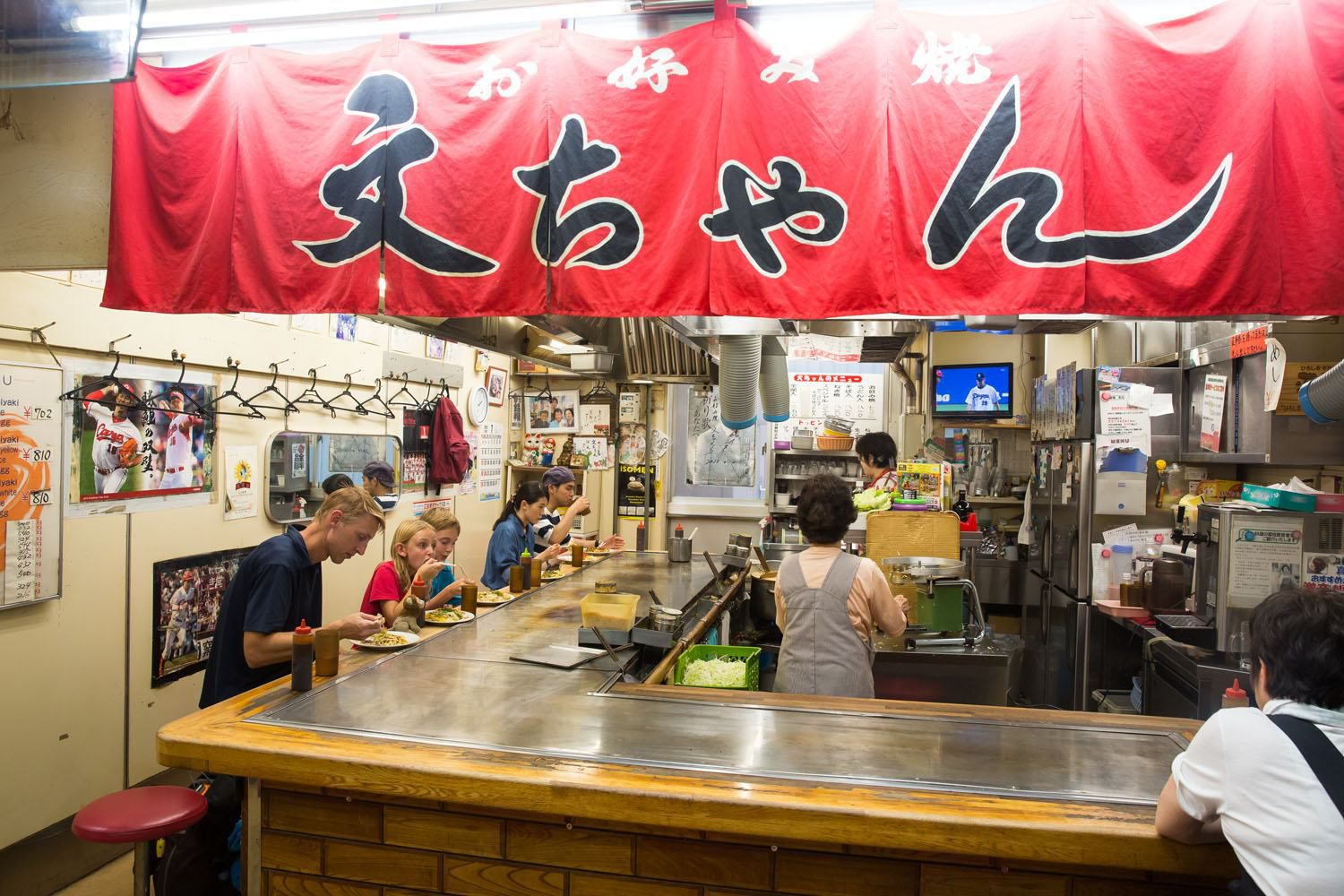 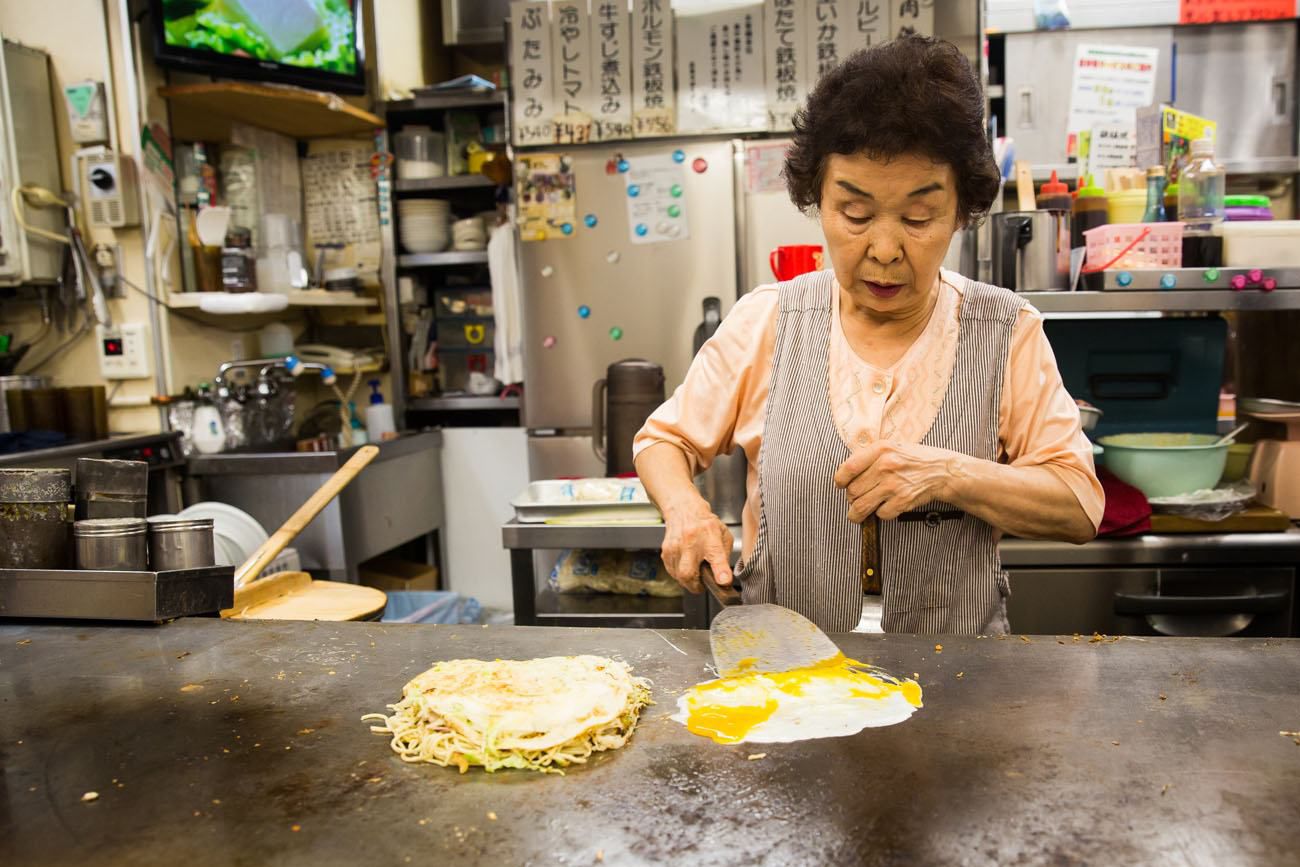 Miyajima and its iconic Shinto gate in the water is located south of Hiroshima. Getting there requires a combination of land transportation and a ferry ride one way, so it requires more effort in getting there than Hiroshima Castle. On average, this journey takes an hour one way. 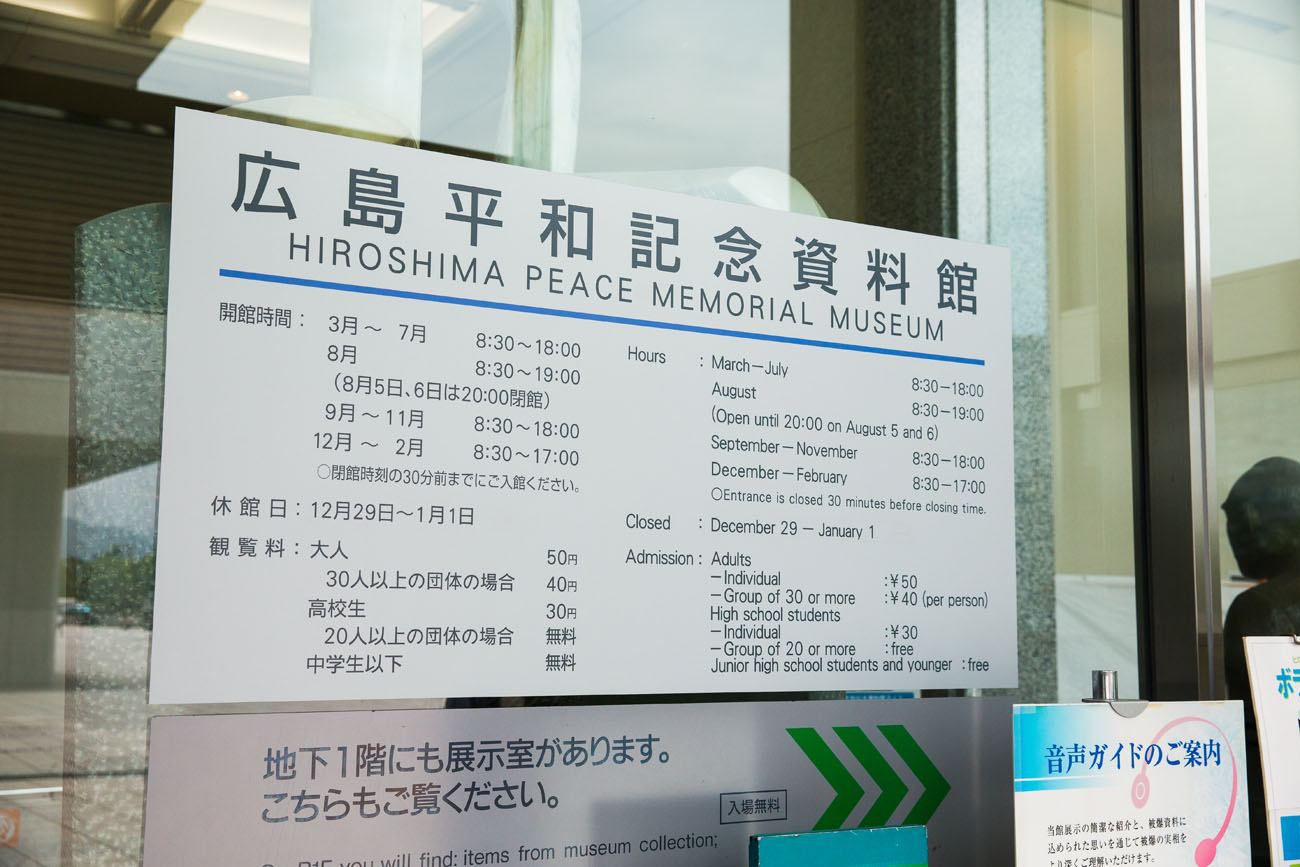 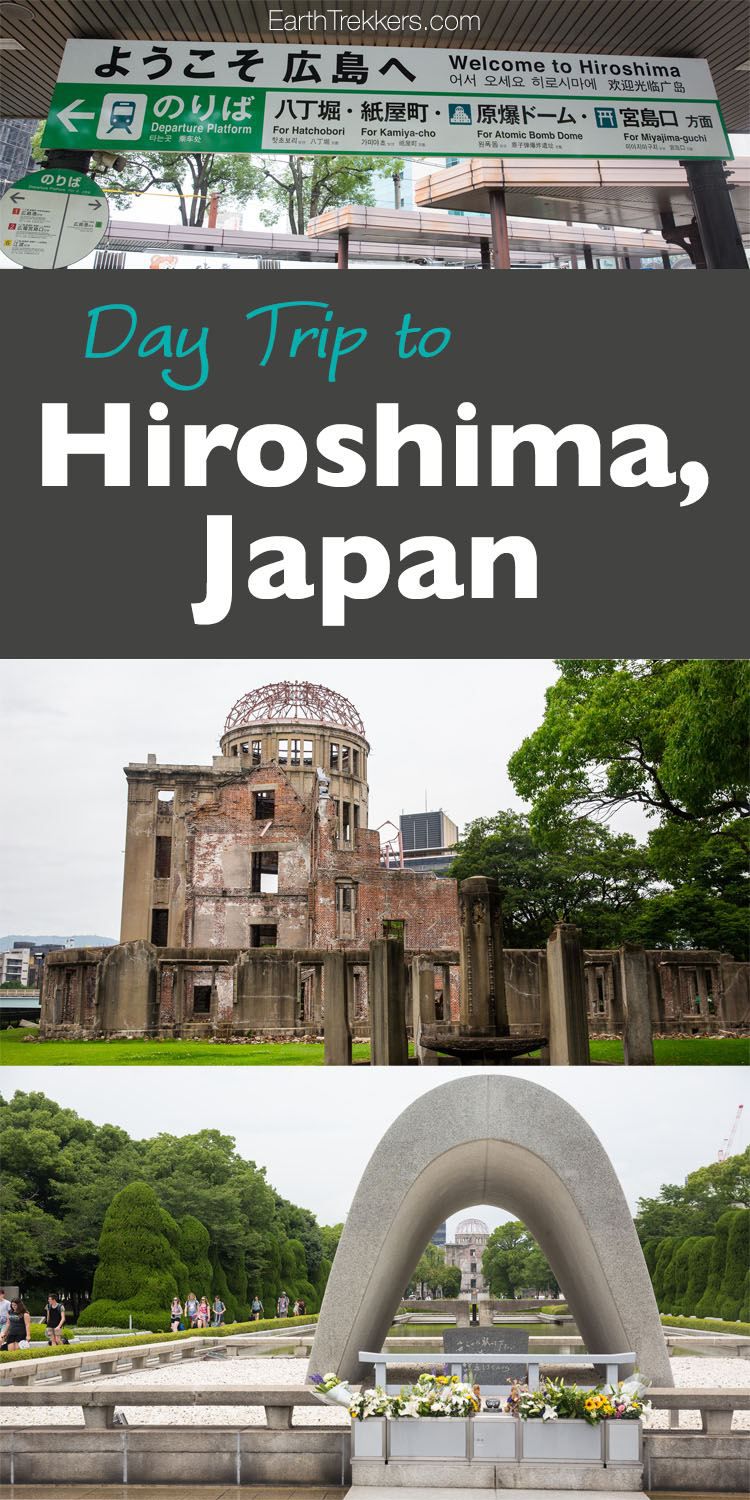