Joining the Paparazzi during the Cannes Film Festival 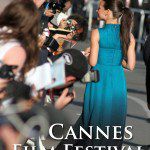 Our timing was amazing during our trip to the French Riviera. Tim and I randomly picked a week in May to spend in the French Riviera and Provence and we were lucky enough to be able see the Cannes Film Festival and the Monaco Grand Prix course.

Tim and I spent an afternoon in Cannes. The town was filled with white tents, movie ads, Cannes Film Festival signs, and tourists.  Our first stop was the Ritz Carlton, the place to see and be seen during the Film Festival. Tim and I ordered drinks at the hotel bar, hoping we would be lucky enough to spot a celebrity. Unfortunately, we had no such luck but it was cool hanging out at the Ritz. 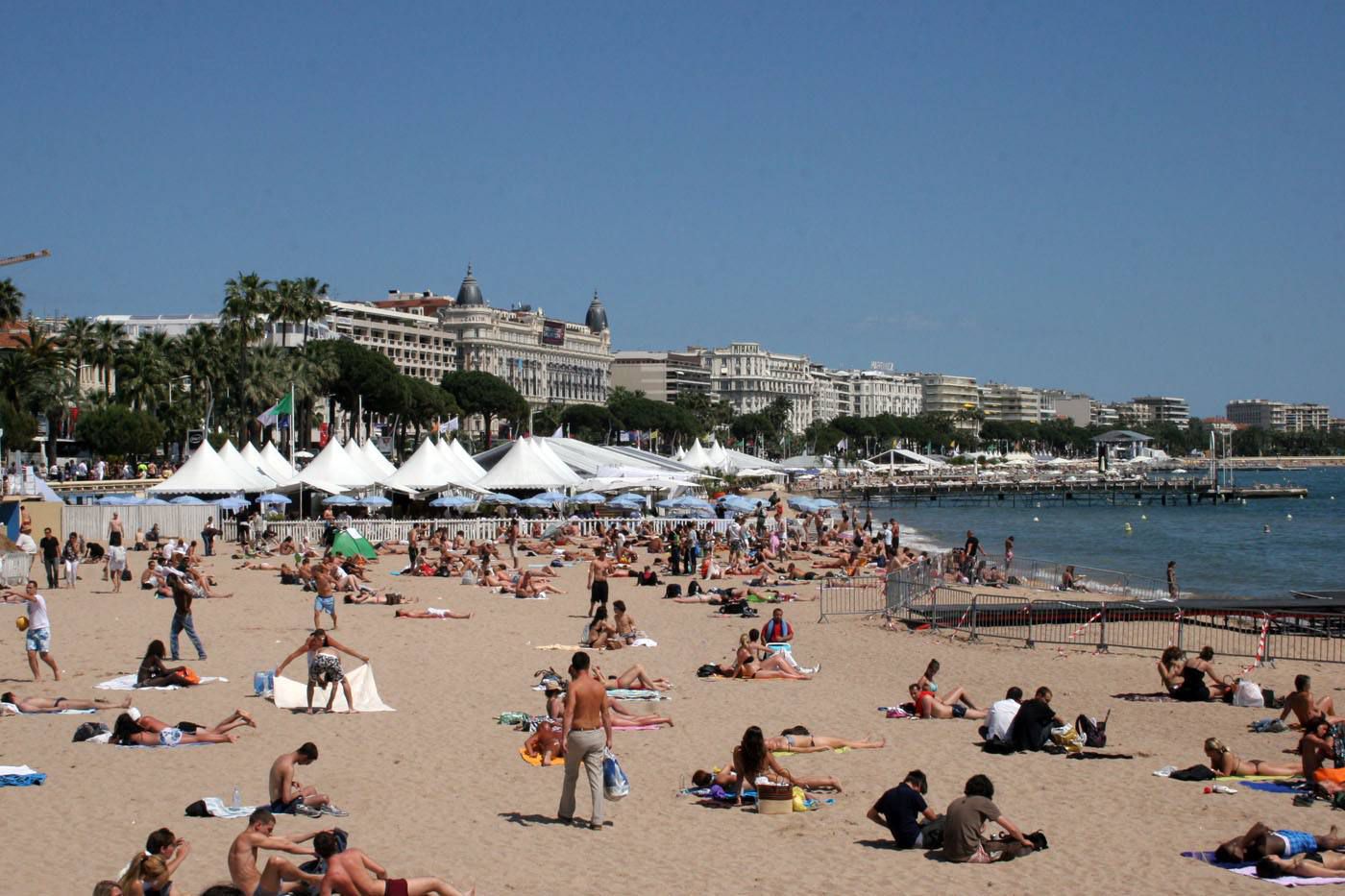 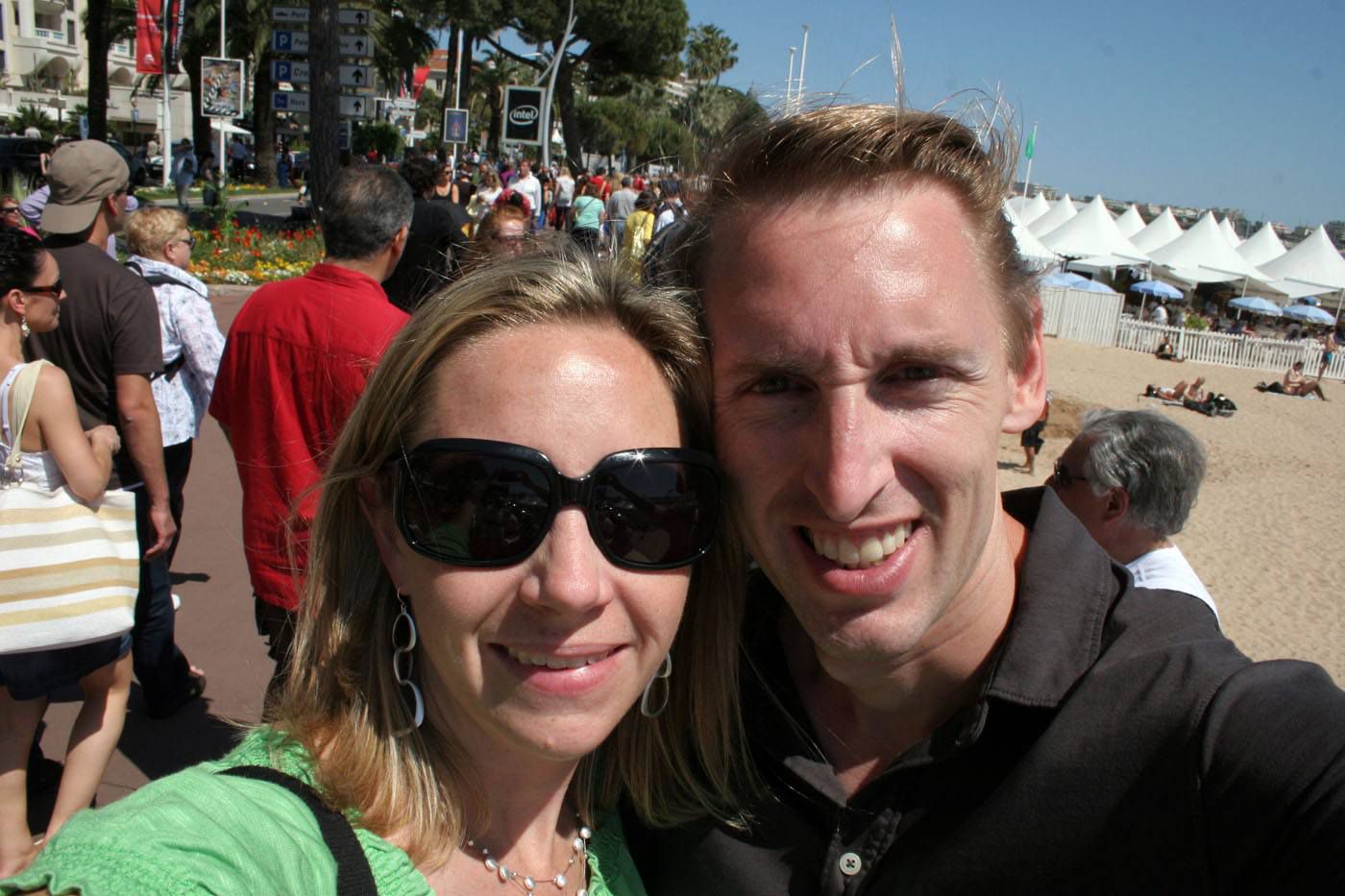 Tim and I had heard rumors about being able to see celebrities on the red carpet during evening events. We were really hoping to spot a celebrity today.

We walked to the Film Festival Hall, the theater where the main film screenings were shown.  We arrived an hour early and had views of the red carpet behind several other rows of tourists.

The paparazzi were there and ready to go. They had their long lenses and ladders to get the best views of the celebrities. The tourist standing beside us had an old, plastic, white chair to stand on. From what we’ve heard, people start arriving here at lunch to get front row seats. 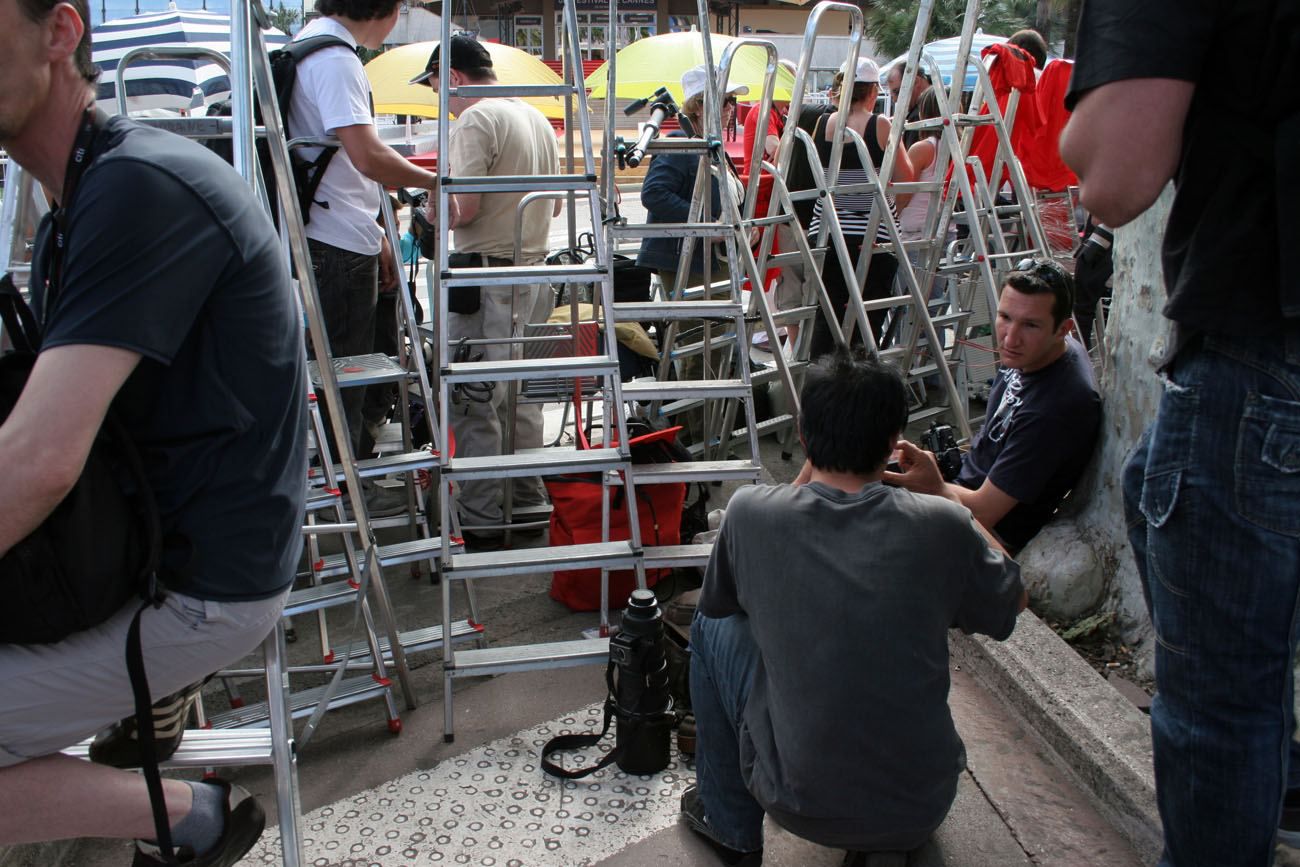 At the last minute Tim and I changed our position. There were open spots further away from the red carpet and we decided to take our chance.

At 6:30 the first cars began arriving. Most people pulled up in BMW’s or Renaults, all had drivers, and all were labeled with Cannes Film Festival insignia. Music was playing, people were cheering, and it felt like a party. Plus, the sun was shining and a breeze was blowing through the palm trees which added to the magic of the moment. Tim and I felt like we were in Hollywood again. 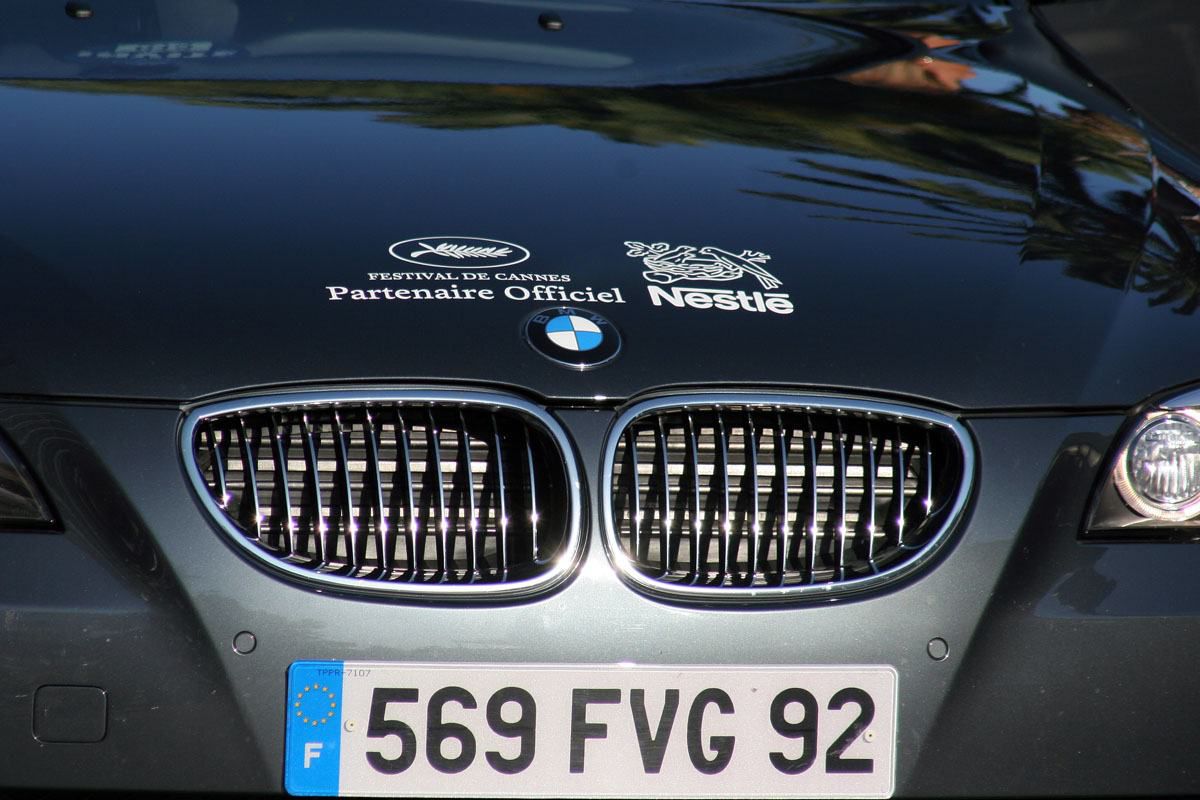 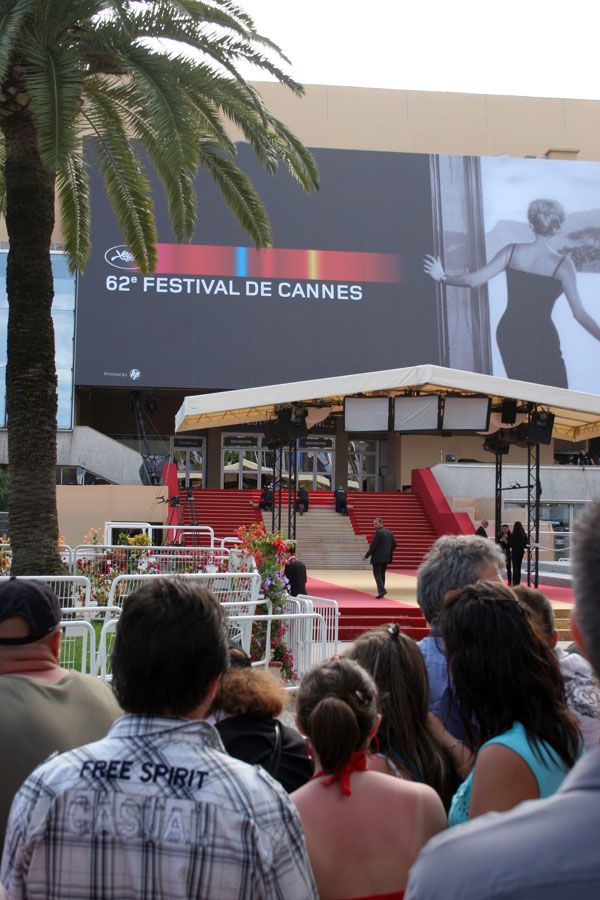 At least one hundred cars pulled up, dropping off their celebrities. The crowds were cheering for a lot of them but Tim and I did not recognize anyone. At least not until Kate (Evangeline Lilly) from “The Hobbit” arrived.  She smiled for the cameras and signed autographs for nearby fans and eventually she made her way up the red carpet. We saw our one famous person. 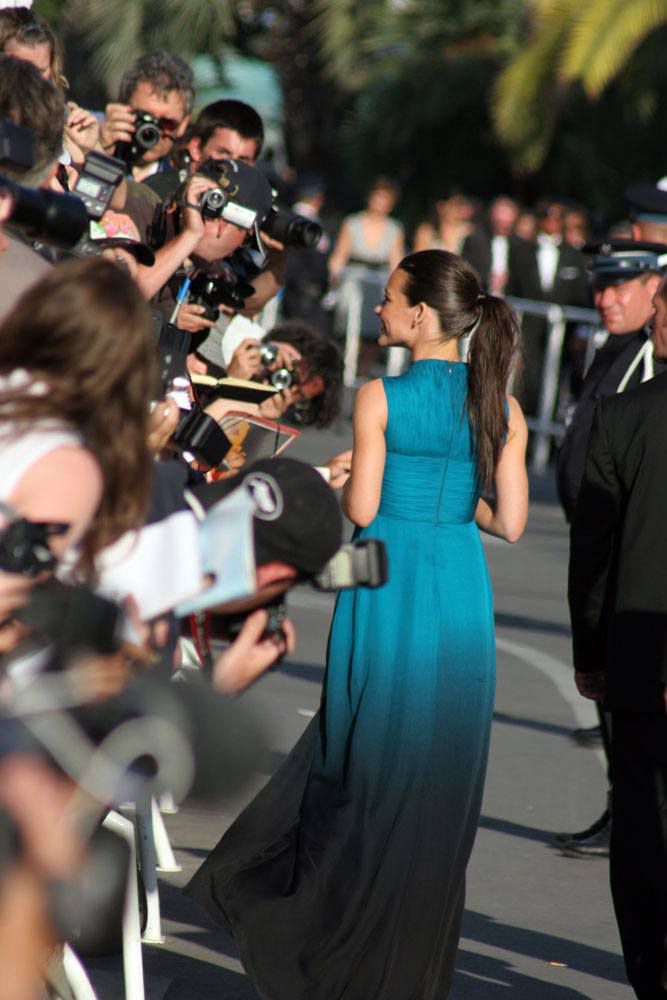 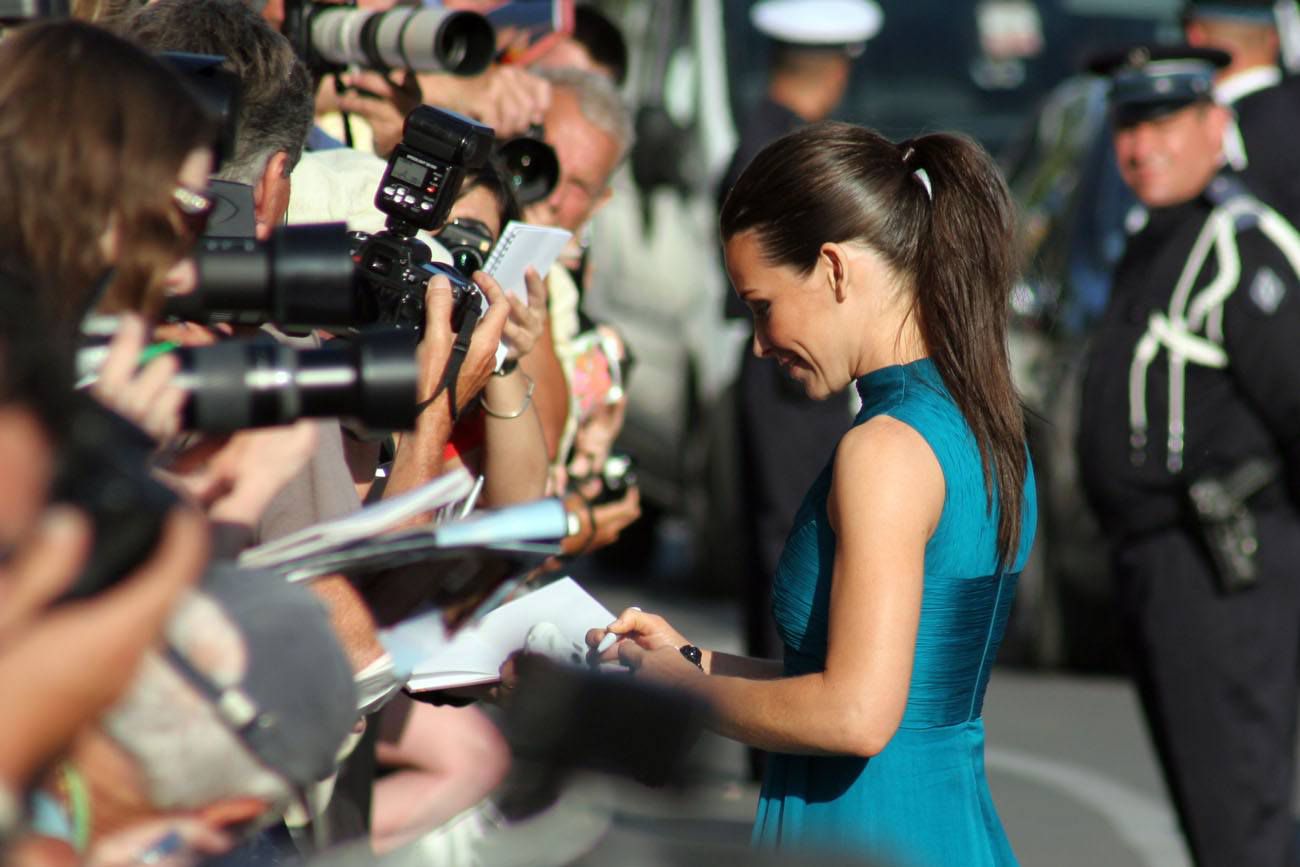 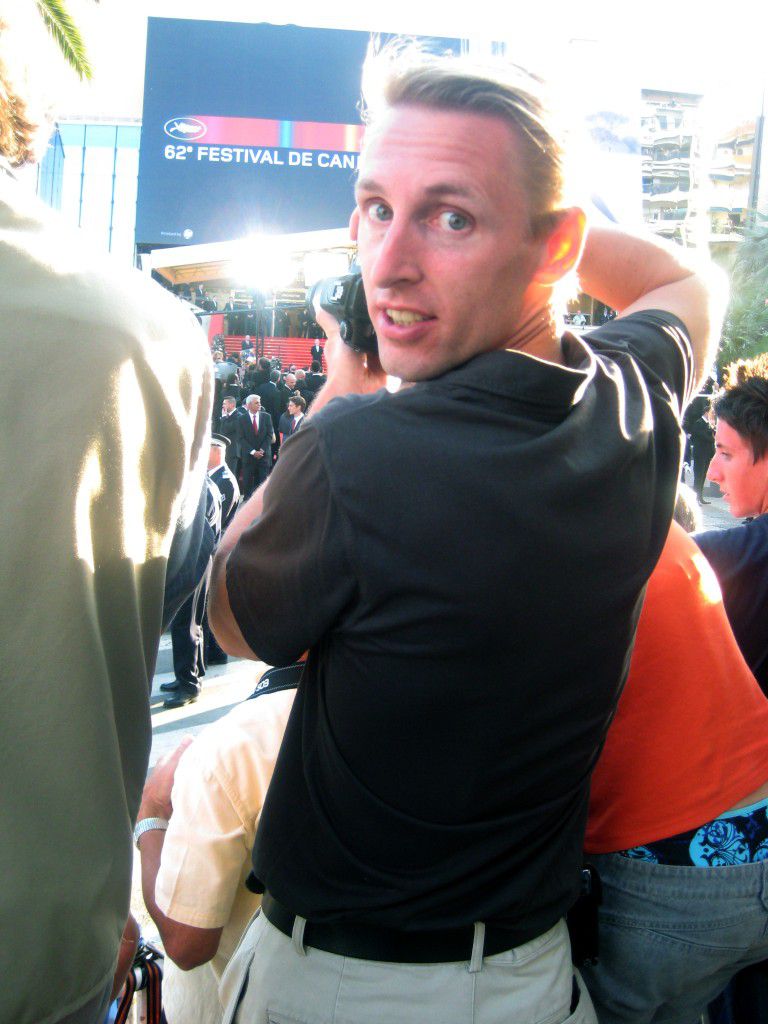 Towards the end of the event the crowds starting clearing out, even the paparazzi. Tim found an abandoned ladder and joined the remaining paparazzi.

The “party” on the red carpet lasted about an hour and then the excitement was over. There was not much left for Tim and I to do in Cannes (we had already had an early dinner) so we took the train back to Nice. We had a great experience in Cannes and feel very fortunate to have been able to catch some of the action during the Film Festival.

It is free to visit the red carpet at the Film Festival Hall. In order to get a good view, plan to arrive at least two hours before the event.

Another popular spot for celebrity sightings is at the Ritz Carlton Hotel.

There are cafes located throughout Cannes. Some restaurants are perched on docks over the ocean, a very cool dining experience.

About Our Trip: Tim and I visited Cannes as part of a 10 day road trip through the French Riviera and Provence way back in 2009.

Planning a trip to France? Read all of our articles in our France Travel Guide. 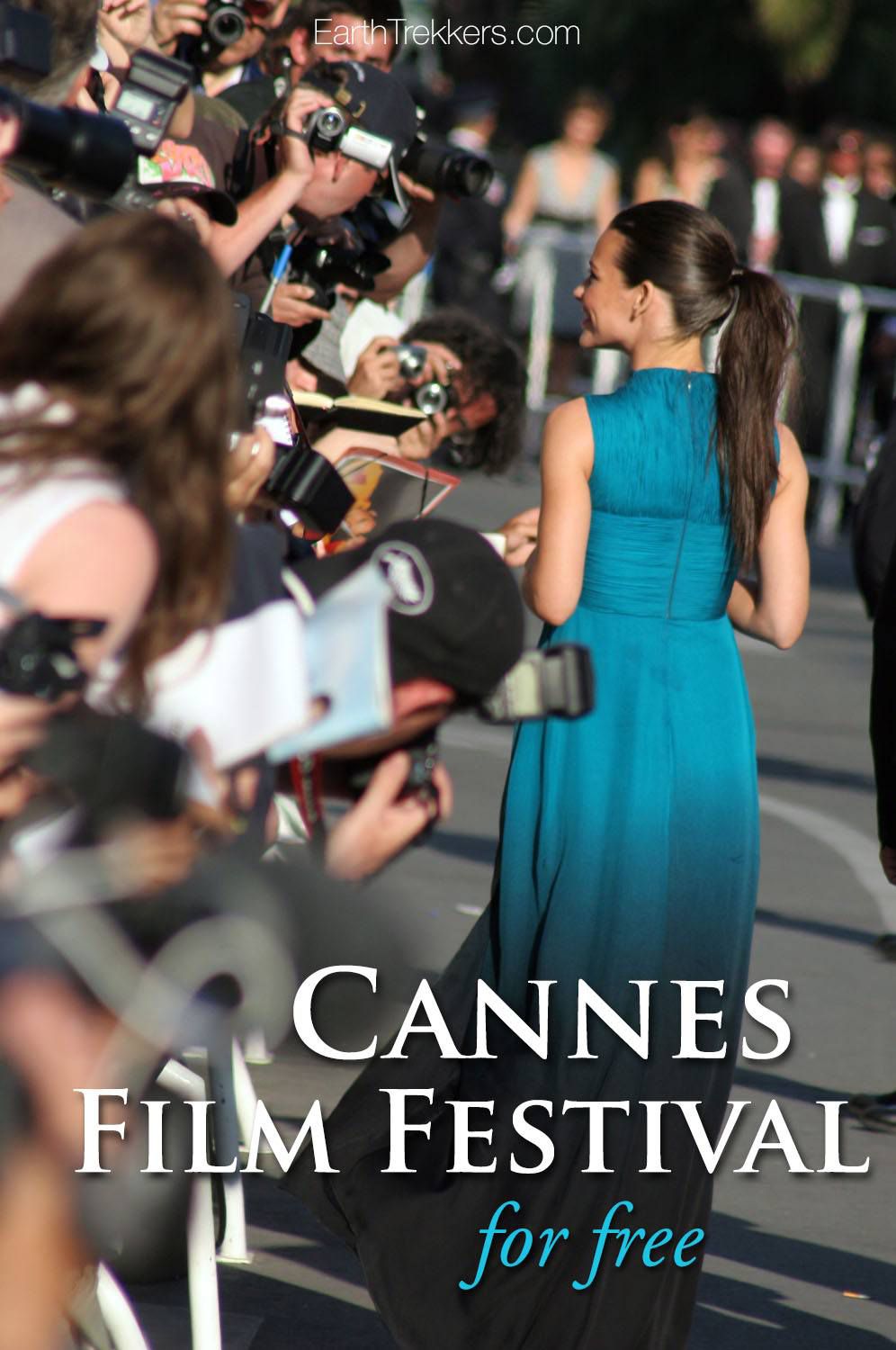