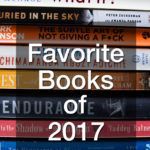 Are you like me? Do you love to read? Travel and adventure are my favorite topics, but every once in awhile, a popular fiction book or autobiography finds its way onto my reading list. Here are my favorite books of 2017.

Buried in the Sky

In 2008, eleven climbers died while trying to summit K2. Two Sherpas survived and this is their tale.

The first part of Buried in the Sky is enlightening, where you learn exactly what a Sherpa is, as well as the history of K2, Mount Everest, and mountaineering in the Himalayas. The drama starts in the second half of the book, where Peter Zuckerman writes about the disaster that occurs on K2. What I love about this book is that it focuses more on the Sherpas and the high-altitude porters than the western climbers…it is a fascinating, well-researched look into mountaineering in the Himalayas.

Lab Girl is a beautifully written autobiography about Hope Jahren, a geobiologist. Hope spends her life studying soil, trees, and flowers. The core of this story is about her love of science and her relationship with her lab partner, Bill. This may be a book about science, but there are enough plot twists and misadventures to keep things interesting. In my opinion, the best chapters are her insights on nature and how she connects them to her life story. You will never look at a tree the same way again.

The Geography of Bliss: One Grump’s Search for the Happiest Places in the World

This was one of my favorite books of 2017. The Geography of Bliss: One Grump’s Search for the Happiest Places in the World is one man’s quest for the happiest places in the world. This book takes you to Switzerland, Iceland, India, Thailand, Moldova, and more, searching for the happiest countries. I loved the section on Bhutan, a country I love and a country that has a policy of Gross National Happiness for its people. This book is laugh-out-loud funny, with a writing style similar to Bill Bryson. If you are looking for a light-hearted travel book, check this one out!

West with the Night

Written in 1942, West with the Night is a memoir about Beryl Markham, the first female to fly east to west across the Atlantic Ocean. Beryl lived the life of adventure. She was raised in Kenya and grew up hunting with the Murani people. Later, she became an aviator and racehorse trainer. This book received praises from Ernest Hemingway, who states “As it is, she has written so well, and marvelously well, that I was completely ashamed of myself as a writer.” If you want to read a book about an adventurous, inspirational woman, put this one on your list.

Genghis Khan and the Making of the Modern World

When someone mentions Genghis Khan, what comes to mind? A blood-thirsty savage that dominated much of Asia? That’s what I thought, at least until I started reading Genghis Khan and the Making of the Modern World. This book paints Genghis Khan in a much different light.

Jack Weatherford, the author, is an anthropologist who studied the “hidden” ancient texts of the Mongol people. Genghis Khan was one of the most influential people in world history and some of his accomplishments are rather surprising. According to Weatherford, he abolished slavery, granted religious freedom, and ended the feudal systems of aristocracy. However, as I read this book, I find myself questioning Weatherford’s objectivity, as he seems to worship Genghis Khan. Even so, it is a fascinating read, and I recommend it to anyone with an interest in world history.

Atlas Obscura: An Explorer’s Guide to the World’s Hidden Wonders

Atlas Obscura: An Explorer’s Guide to the World’s Hidden Wonders, is the perfect book to help you build your bucket list of off-the-beaten-path destinations.

Some of our favorite places are listed in the book, like Skellig Michael Island in Ireland, the Glowworm Caves in New Zealand, and Kjeragbolten in Norway. But some places are just bizarre, like the bone cleaning ceremony at Pomuch Cemetery in Mexico, Dog Suicide Bridge in Scotland, and the rain of fish in Honduras.

It was in this book that I first learned about Teufelsberg, an abandoned spy station in Berlin that is now covered in graffiti.

This book is fun to read, filled with strange and offbeat places to visit. Atlas Obscura is definitely a unique travel book.

In the Shadow of the Banyan

In the Shadow of the Banyan tells the story of what it would be like to live through the civil war that gripped Cambodia from 1975 to 1979. This story is told from the perspective of Raami, a 7 year old girl, the daughter of Royalty. Over four years, her family is torn apart and forced into brutal labor and starvation. It’s an eye-opening look into what it was like to be a victim of the Khmer Rouge and the horrible atrocities they committed. This is very similar to reading a story about the Holocaust.

It is important to know that this book is based on the life of the author. Vaddey Ratner was just 5 years old when the Khmer Rouge took control over Cambodia. Her writing is lyrical and beautiful. This is a sad story, but it is also filled with love and hope.

For anyone who has visited, or has plans to visit Cambodia, Phnom Penh, or the Killing Fields, reading this book will give you more insight to the horrors that happened here.

Endurance: Shackleton’s Incredible Voyage is a non-fiction book but it reads like a thriller. In 1914, Ernest Shackleton and a crew of 27 men set out to cross Antarctica. While sailing to Antarctica, their ship got stuck in giant pack of ice, trapping them and stopping their progress. These giant floes of ice crushed their ship and the men had to survive on the floating ice for months. They lived off of their meager food supplies, as well as penguins, seals, and sea leopards. They constantly battled frigid temperatures, starvation, and even boredom.

This is the ultimate survival story. The author, Alfred Lansing, did a phenomenal job piecing this story together, by interviewing survivors and reading the diaries that they still managed to write in during this ordeal.

The Subtle Art of Not Giving a F*ck

I really, really liked this book. The Subtle Art of Not Giving a F*ck: A Counterintuitive Approach to Living a Good Life is a self-help book, but not in the conventional sense. It’s about choosing what is important to really give a f*ck about, taking responsibility for you own life, and embracing those negative experiences that make us who we are. This book is humorous and super easy to read. But if you are going to take offense at reading the word f*ck about 7,826 times, do not read this book!

Americanah tells the story of two teenagers living in Nigeria, Ifemelu and Obinze, who fall in love. Ifemelu moves to the United States to go to college and Obinze hopes to join her. However, post-9/11 America will not let him in, so instead, he moves to London. Years later, they both return to Nigeria, although by this time, their lives are much different.

This is not only a love story, but also a story about what it is like to leave home for a new country and then what it means to return. It also a fascinating look into race and what it means to be black for the first time.

What If?: Serious Scientific Answers to Absurd Hypothetical Questions

So, this is where my science geek comes out. This is not a travel book, it’s a comical but also very scientific look at some crazy hypothetical questions.

Randall Monroe is a physicist/aerospace engineer who left NASA to write comics on the internet full time. Science questions are submitted to him through his website (xkcd.com) and he uses scientific facts (and it sounds like he does quite a bit of research) to answer these questions. He calls himself the Dear Abby for mad scientists.

What If? is entertaining and very informative. It’s perfect for anyone with an interest in science, from high school students to adults.

The Lost City of Z: A Tale of Deadly Obsession in the Amazon

The Lost City of Z: A Tale of Deadly Obsession in the Amazon is a blend of history, adventure, and drama. Percy Fawcett was a well-known and very experienced British explorer. In 1925, he set off into the Amazon to discover an ancient civilization and city of gold. He never came back. His disappearance remained one of the great, unsolved mysteries of the 20th century.

David Grann, the author of this book, underwent his own journey, by deciphering the journals of Percy Fawcett and then venturing into the Amazon jungle to discover what happened to him.

This book is part adventure, telling the tale of what happens to those who enter the deadly jungle. But it is also historical, uncovering facts about British exploration, and scientific (there are some crazy bugs in the Amazon!). It’s also a movie, but I wouldn’t waste your time on it; we thought it was terrible.

A Man Called Ove is a story about a grumpy man. A curmudgeon is what he is called on the back of the book. He is very set in his ways and expects everyone around him to follow the rules. This story takes place after his wife dies. Sonja, whom he loved dearly, was the only person in the world who truly understood him, and now she is gone. Through his interactions with new neighbors and the flashbacks into Ove’s past, you learn how Ove became Ove. Funny at times, tragic at others, this story is a real page turner. 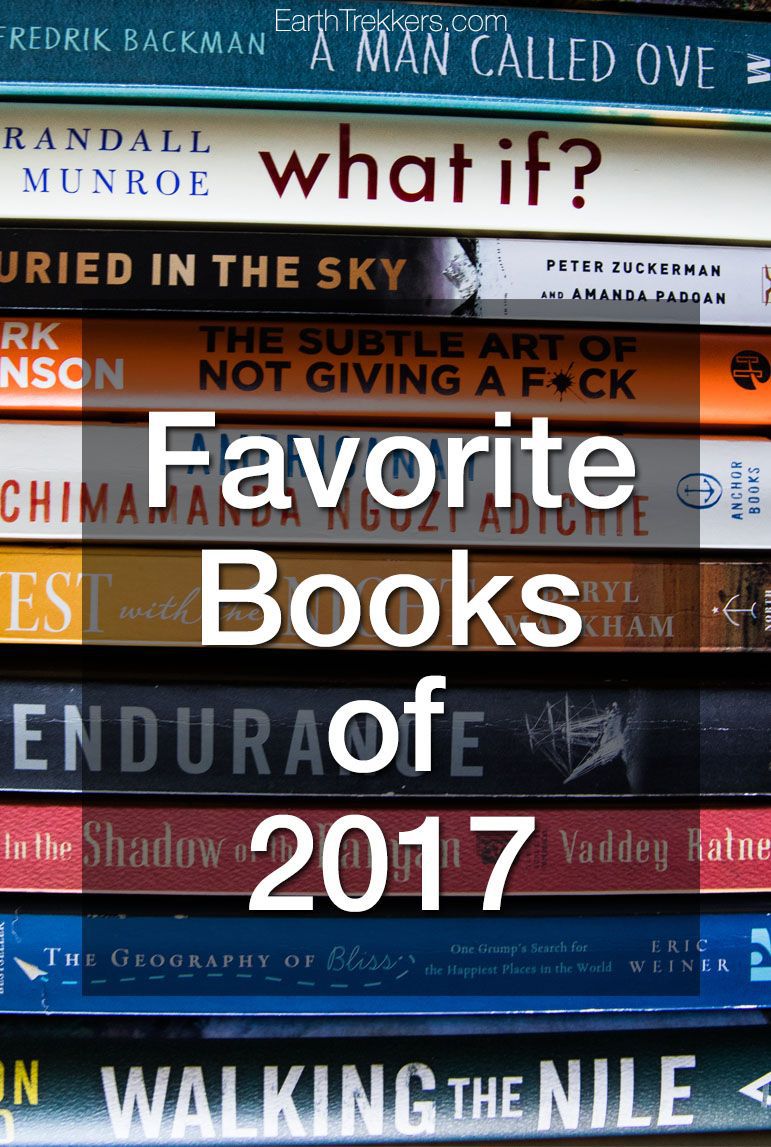